September 22, 2020 | Advertising Disclosure | Our Partners may be mentioned in this article.

A lot of changes are happening in Nashville, especially in the restaurant biz. From new places to recent closings, it’s hard to keep track of everything. Here are the top things you need to know about Nashville’s restaurant scene right now. 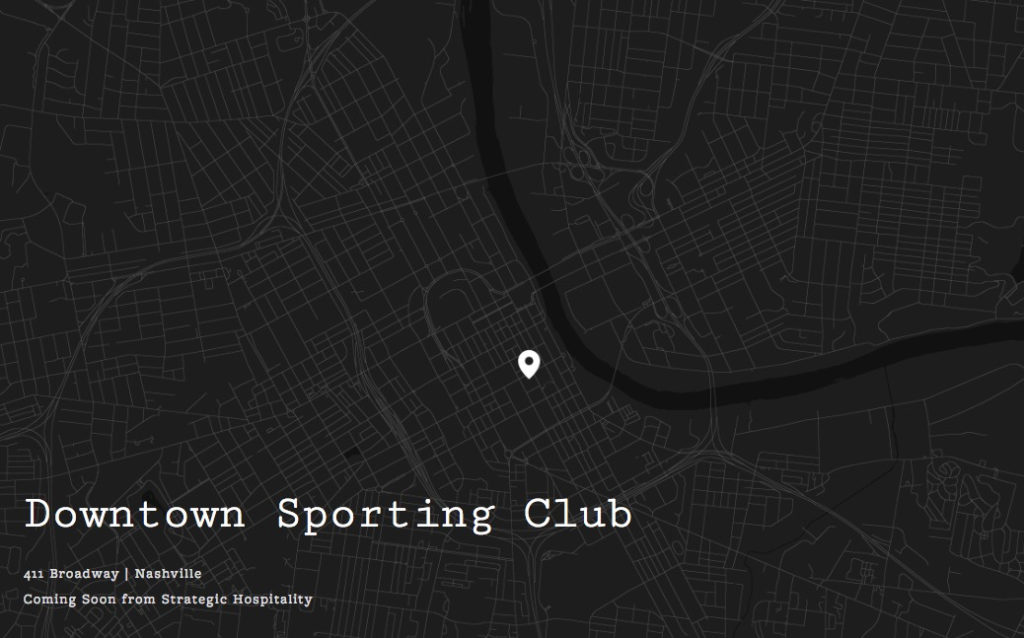 Strategic Hospitality has revealed their major plans for the 42,000-square-foot space at 411 Broadway, previously home to Paradise Park, Aerial, and Big Bang. The new concept will be called Downtown Sporting Club, which will feature a variety of social concepts spanning across each floor.

Floor one will have a Crema coffee roasters, a retail area, a large information desk, and an around-the-clock restaurant.

Floor two, called The Rec Room, will have a large oval-shaped bar, old school games, a variety of seating options, and a 13-foot screening room ideal for watching games. Axe-throwing lanes will fill the back section.

Affordable sleeping quarters will cover the third floor for overnight guests. There will be king, queen, and bunk bed rooms available for reservation. Strategic Hospitality will also offer curated stays.

Above all of this—an intimate garden-inspired rooftop, decked out with fire pits, portable seating, and detailed trellises. 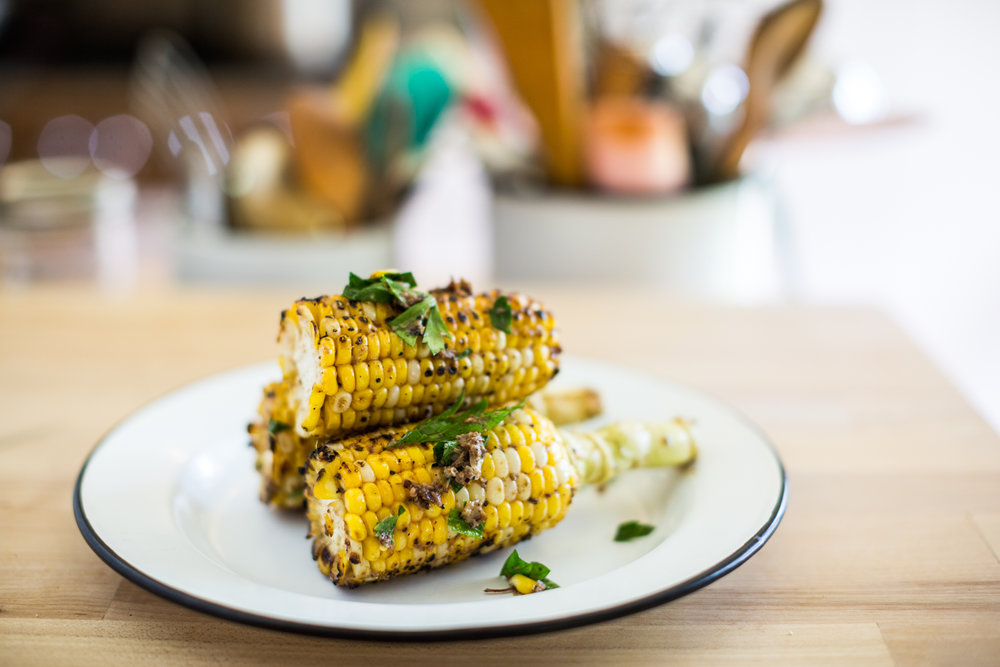 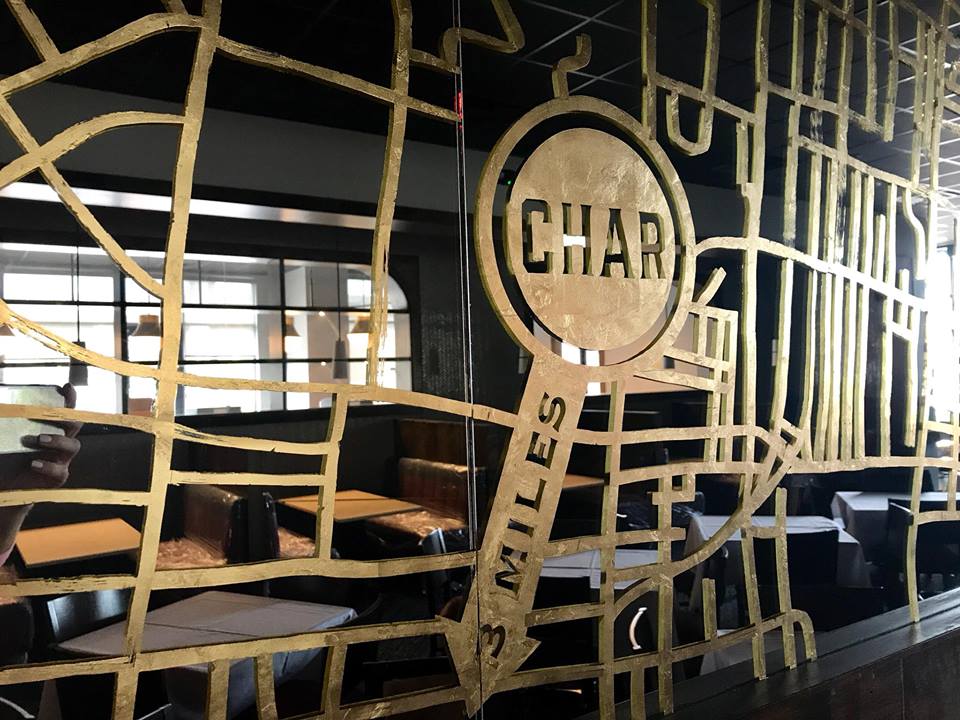 Char, a contemporary steakhouse offering steaks, seafood, and signature cocktails, is slated to open on Monday, September 17, 2018, in Green Hills. The contemporary restaurant is owned and operated by 4 Top Hospitality (Etch, etc., and Amerigo). Char will serve lunch, dinner, and weekend brunch. Guests can also expect live music daily in the piano bar. 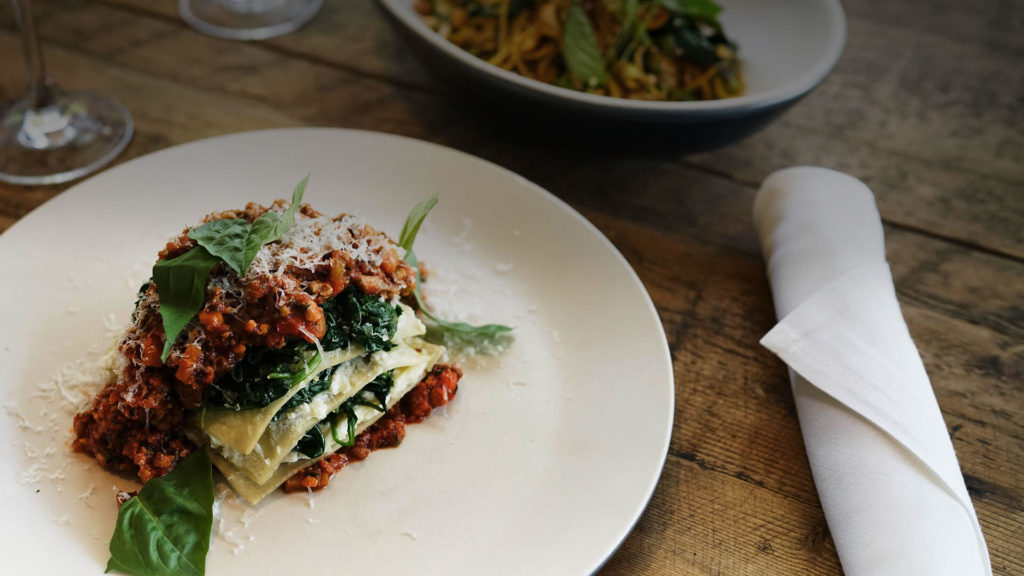 True Food Kitchen will open its doors on September 26, 2018. The new location in Green Hills is situated in the brand new Vertis building, and will offer a wide range of health-conscious menu items.

The Green Pheasant Slated to Open in October 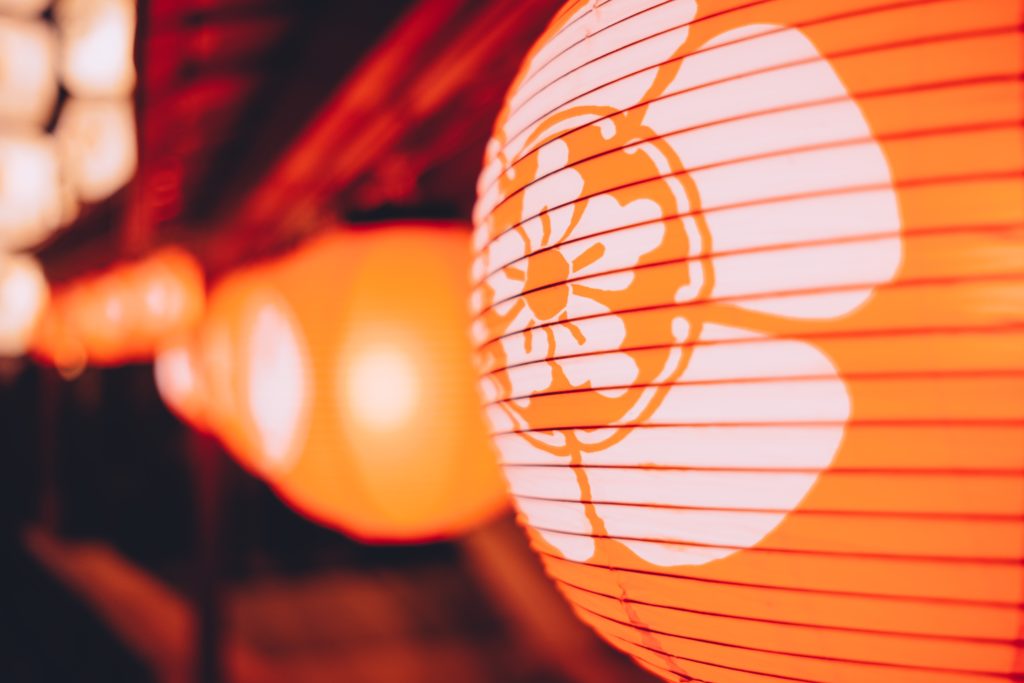 Seed Hospitality Group (Two Ten Jack), is opening their newest concept, The Green Pheasant, in early October. The Green Pheasant is a Japanese restaurant that combines locally-sourced meats and produce with fish and other specialty ingredients sourced directly from Japan. The new restaurant is located downtown across from Ascend Amphitheater at 222 2nd Avenue South. 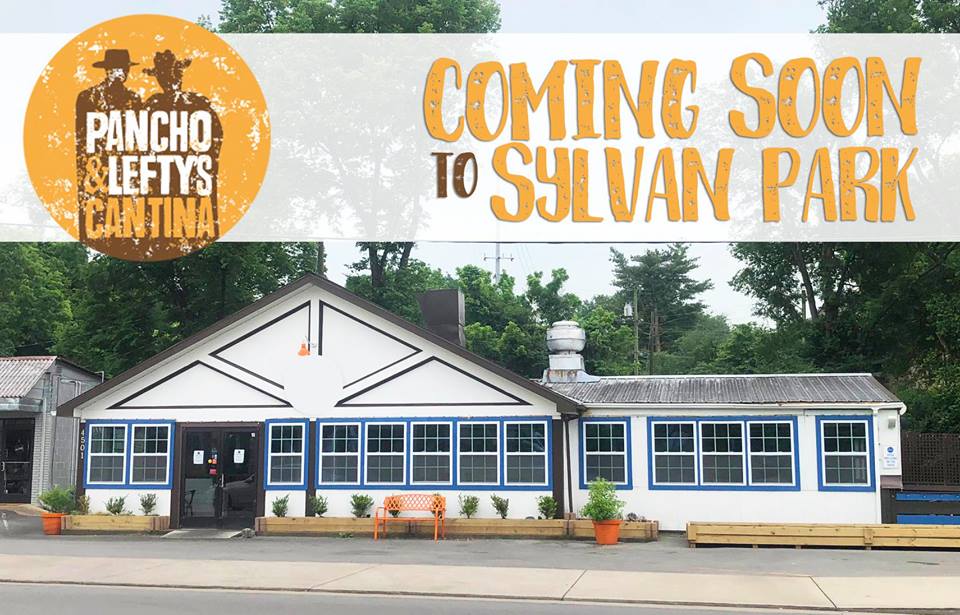 Pancho & Lefty’s announced they are opening a second location in Sylvan Park. They are taking over the space previously occupied by Local Taco. The new outpost is slated to open in early 2019. 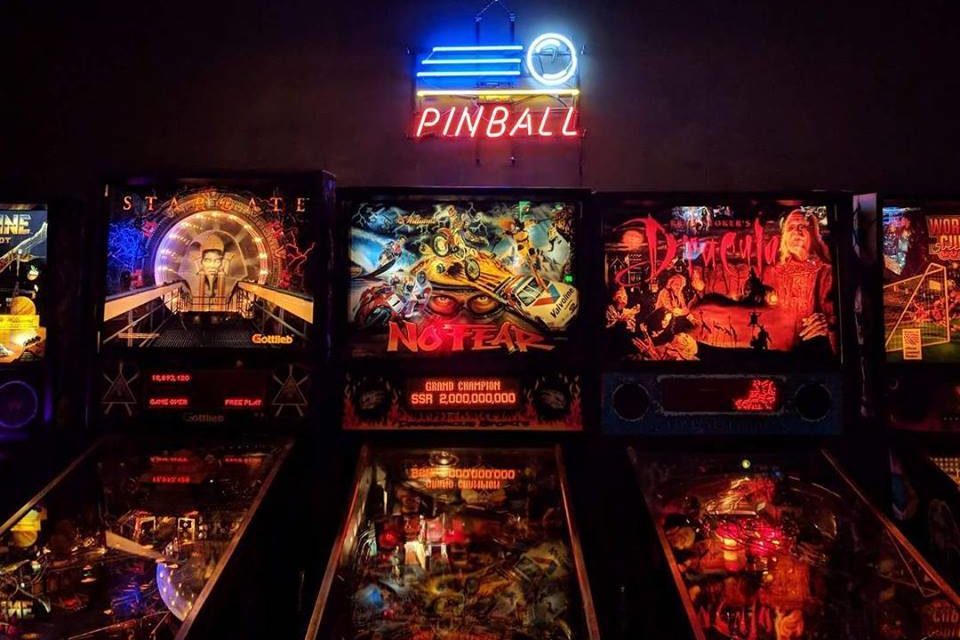 No Quarter, a new pinball and beer joint, is hosting their grand opening on Thursday, September 6, 2018, from 4:00pm to midnight. No Quarter took over the space previously occupied by Gizmo’s Vapor Shoppe at 922B Main Street in East Nashville. Stop by for games and brews! 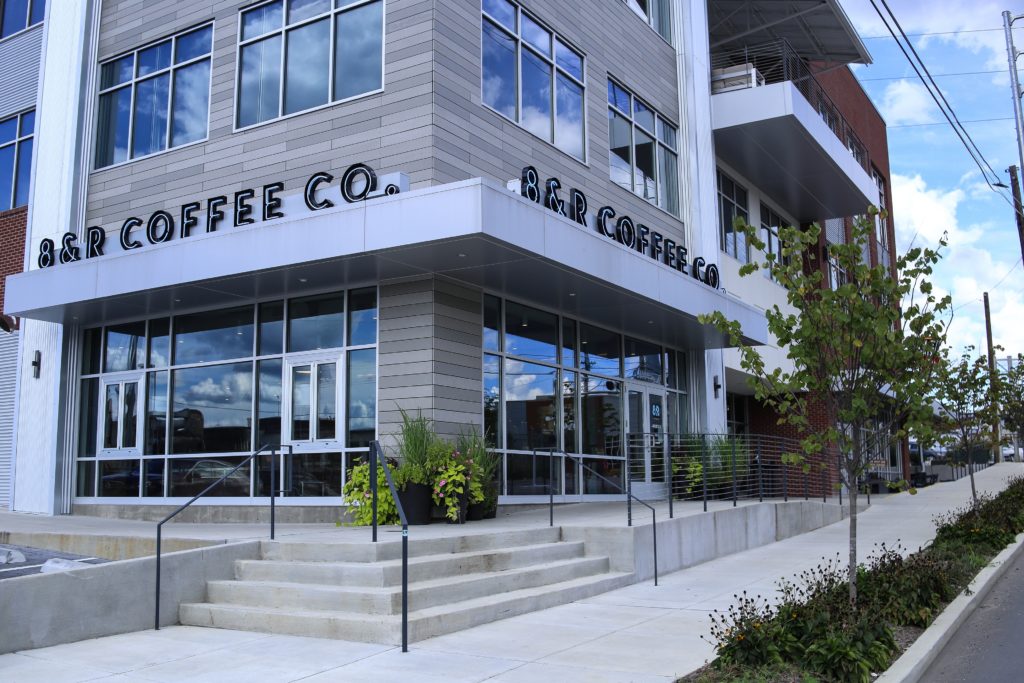 8th and Roast is opening its third location in West Nashville on Thursday, September 6, 2018. The coffee shop is located in the Sylvan Station development at 4104 Charlotte Pike.

This Eclectic Cocktail Bar is Worth a Visit 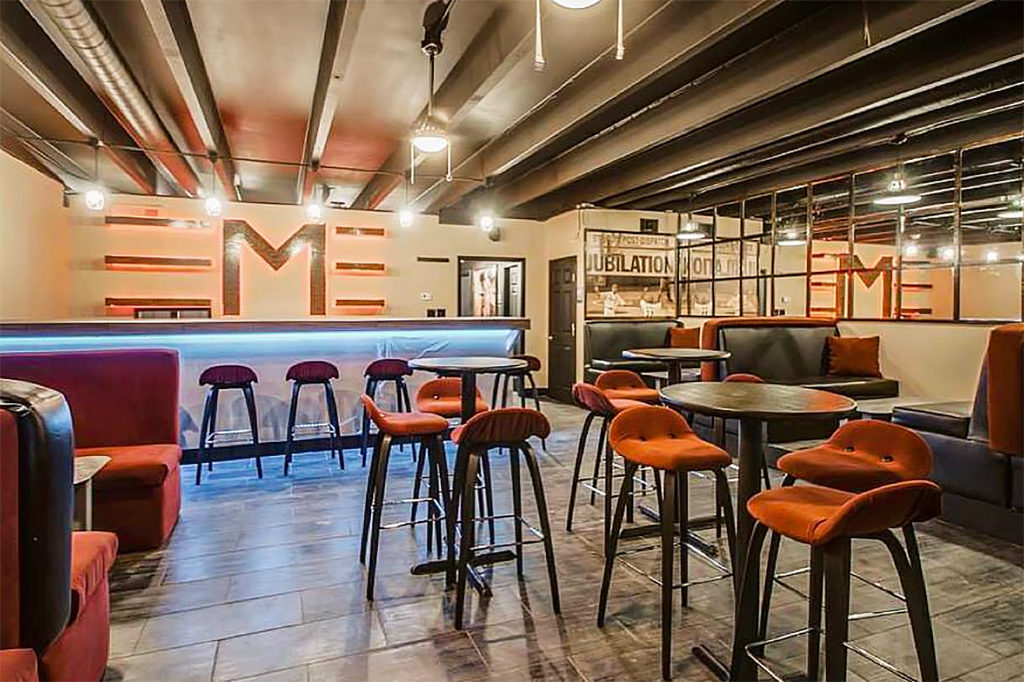 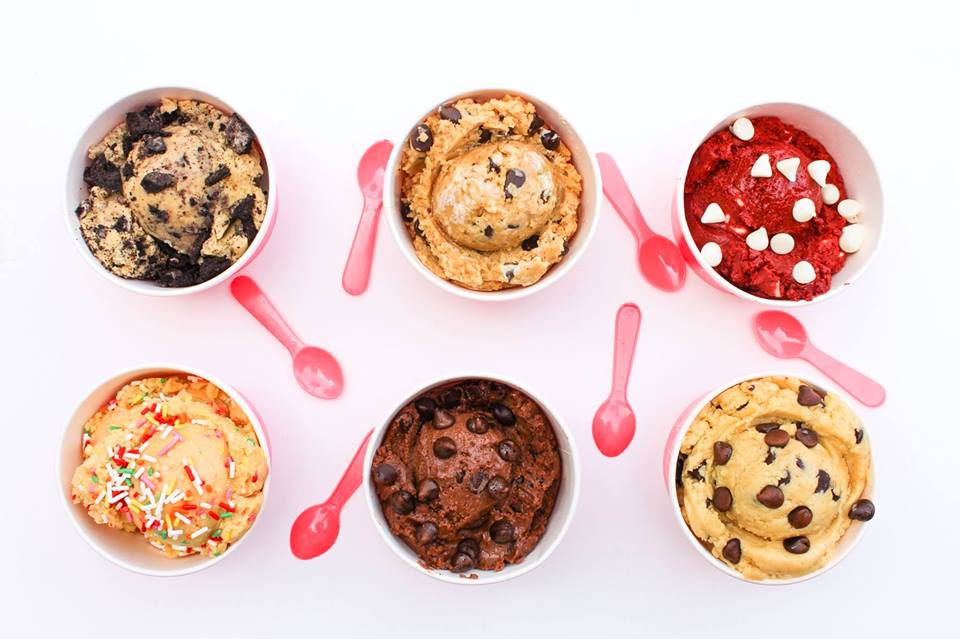 NoBaked Cookie Dough, an edible cookie dough company, is opening its second Nashville storefront in Germantown. The first location opened off West End back in October 2017. NoBaked Germantown is hosting their grand opening celebration on Sunday, September 16, 2018, at 1120 4th Avenue North. NoBaked also has an outpost in Louisville. 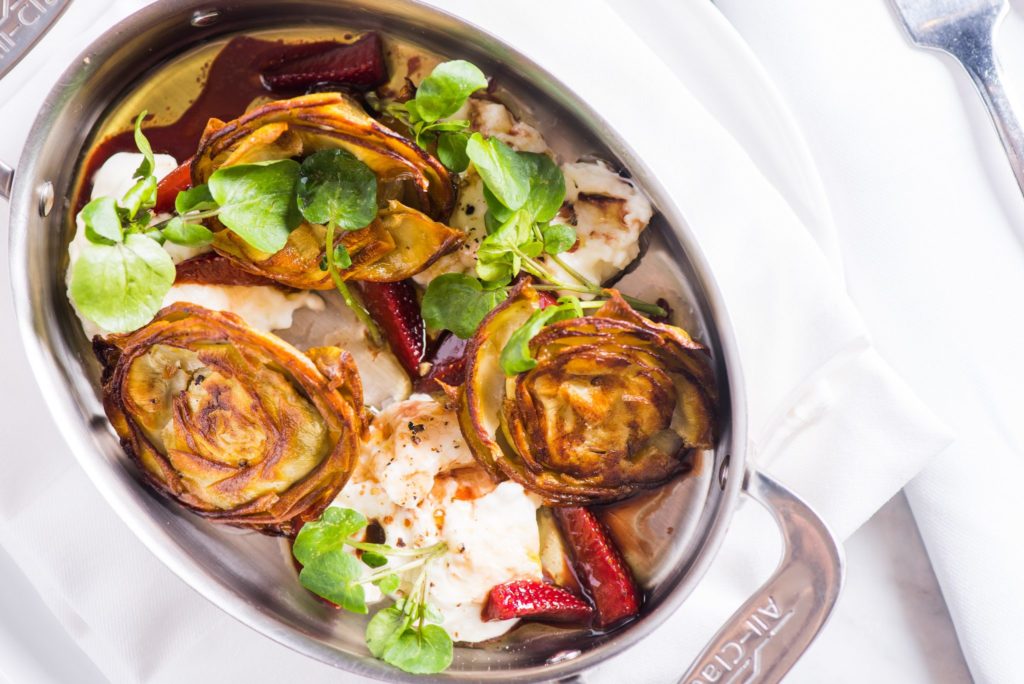 Bourbon Steak, a restaurant concept by celebrity chef Michael Mina and the Mina Group, opens to the public on Monday, September 10, 2018. The steakhouse is located on the 34th floor of the new JW Marriott Nashville. Expect organic and hormone-free proteins, unique wines, and hand-crafted cocktails.

in case you missed it

Jackson’s Closes After 19 Years in Business 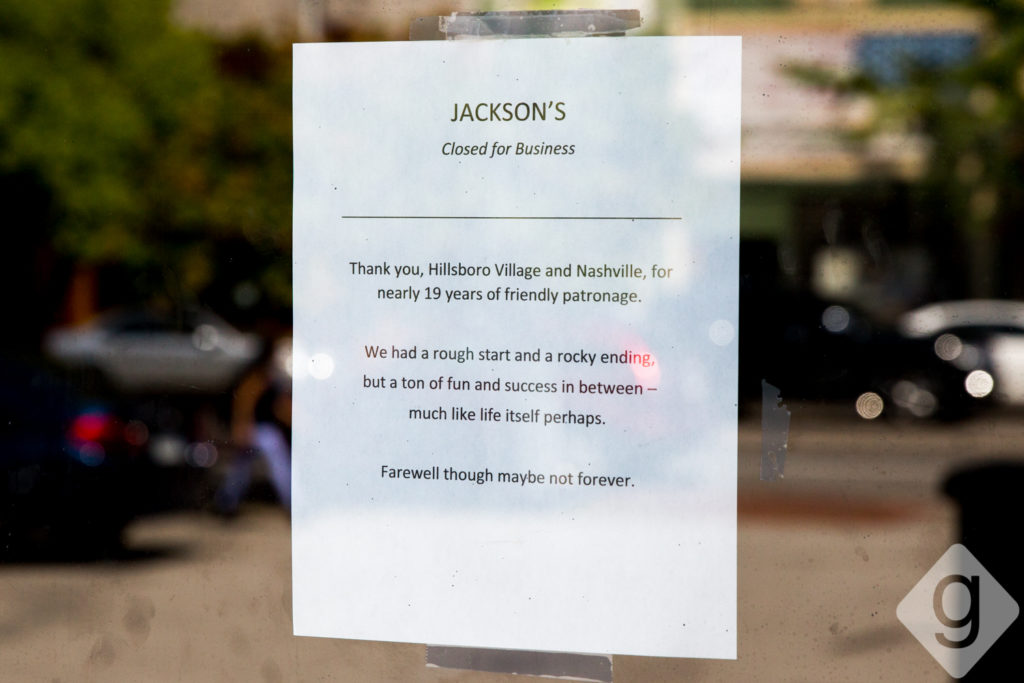 A long-time staple is now closed in Hillsboro Village. Jackson’s, one of the neighborhood’s pioneer restaurants, has closed its doors for good as of August 28, 2018. The farewell letter on the door reads: “Thank you, Hillsboro Village and Nashville, for nearly 19 years of friendly patronage. We had a rough start and a rocky ending, but a ton of fun and success in between – much like life itself perhaps. Farewell though maybe not forever.” Jackson’s has not posted further information online as of this writing.

Rambler, a New Underground Concept Below The Sutler 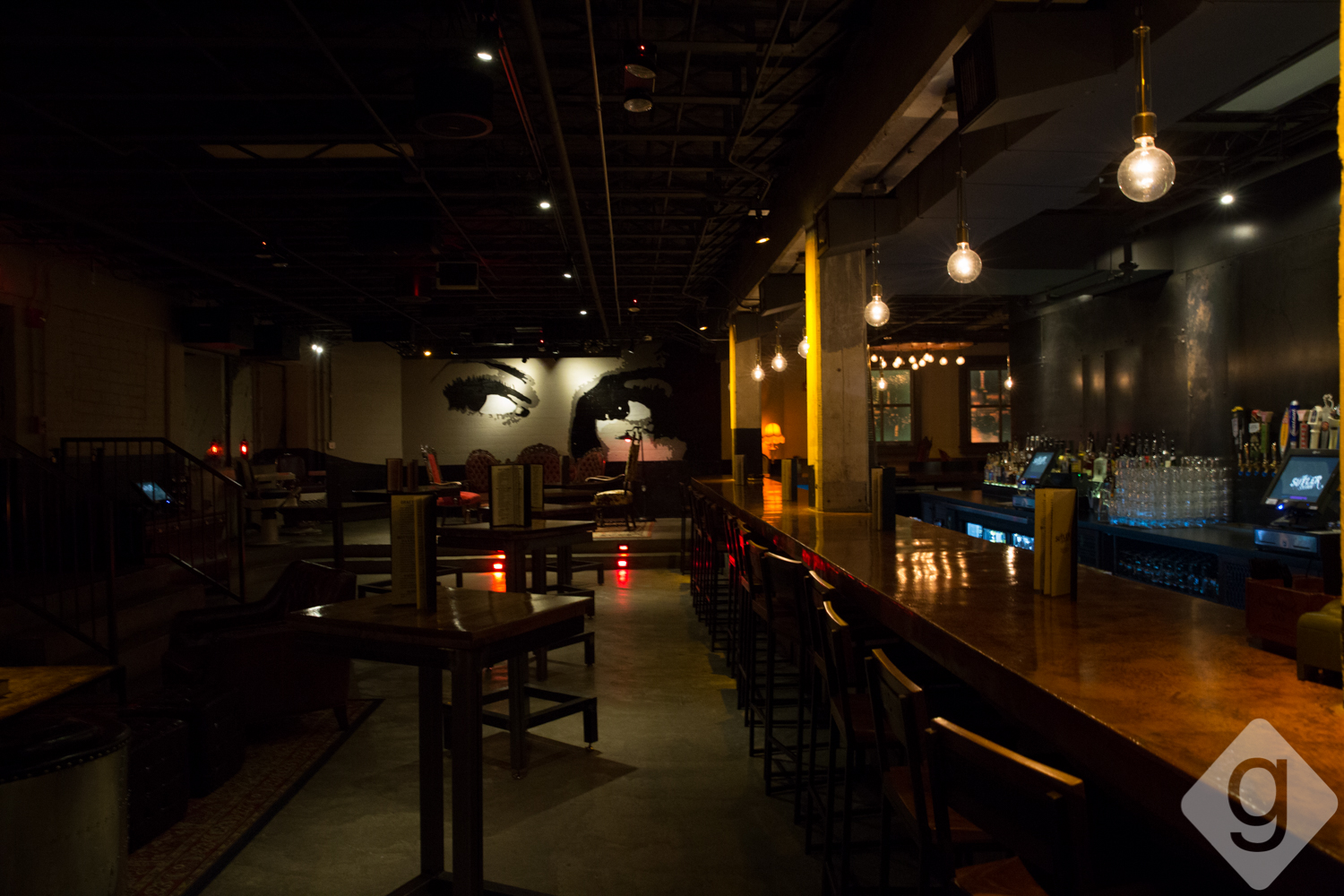 The Sutler Cellar, soon to be Rambler

The Sutler’s cellar is getting a makeover and a new name: Rambler. It’s the latest concept from A.Ray Hospitality (M.L.Rose, The Sutler, Melrose Billiards, Von Elrod’s), which will be a “bar within a bar” and a destination for cocktails. A completion date for the revamp hasn’t been announced yet. 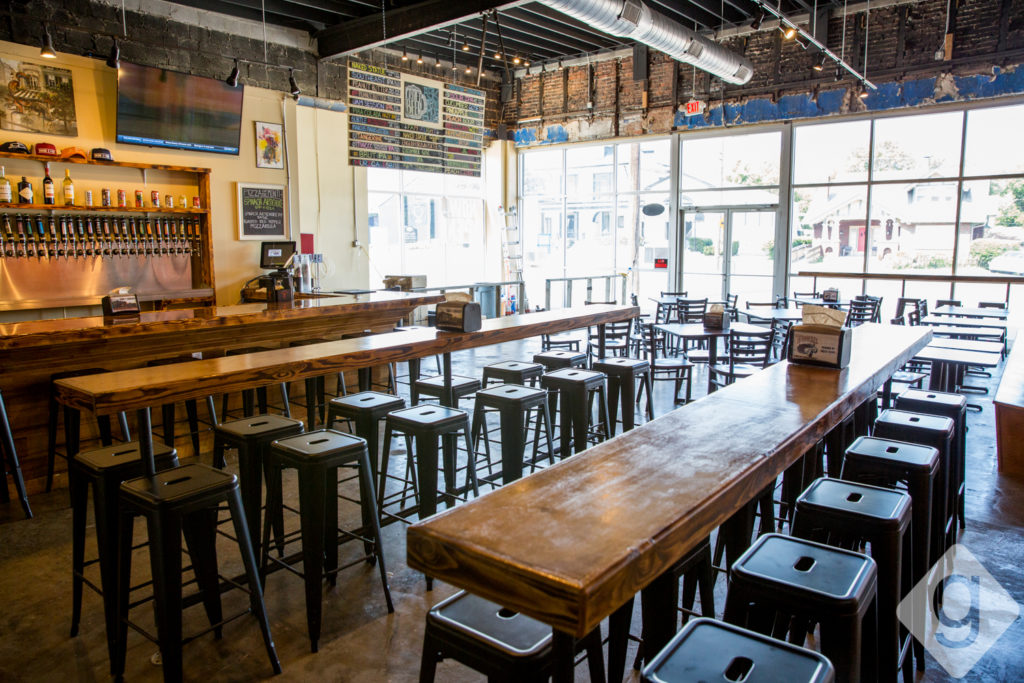 TailGate Brewery’s new taproom is open at 811 Gallatin Avenue in East Nashville. The final touches have been added, so swing by for beer, pizza, sandwiches, and cider. Hours are 11:00am to 10:00pm Sunday through Thursday and 11:00am to 11:00pm Friday and Saturday. 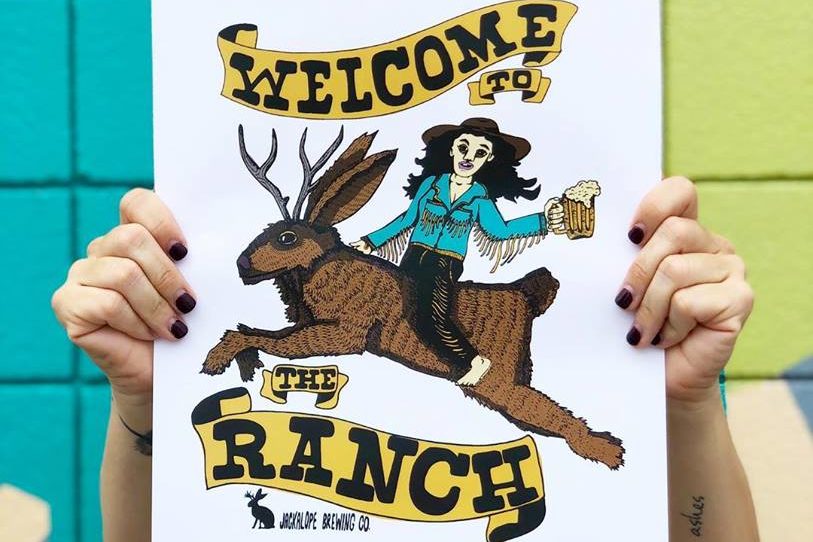 Jackalope’s second brewing facility and taproom, The Ranch at Jackalope Brewing Co., hosted their grand opening on Saturday, August 25, 2018, from noon to 10:00pm. The new location is in the Wedgewood-Houston neighborhood at 429 Houston Street.

Shake Shack, the highly-acclaimed burger joint with over 180 locations, officially opened its first Tennessee outpost in Nashville on Thursday, August 23, 2018, at 11:00am. Shake Shack is located in the Hill Center of Green Hills. Get there before you’re too hungry—there’s usually a line out the door.

Get Your Next Bagel in Hillsboro Village 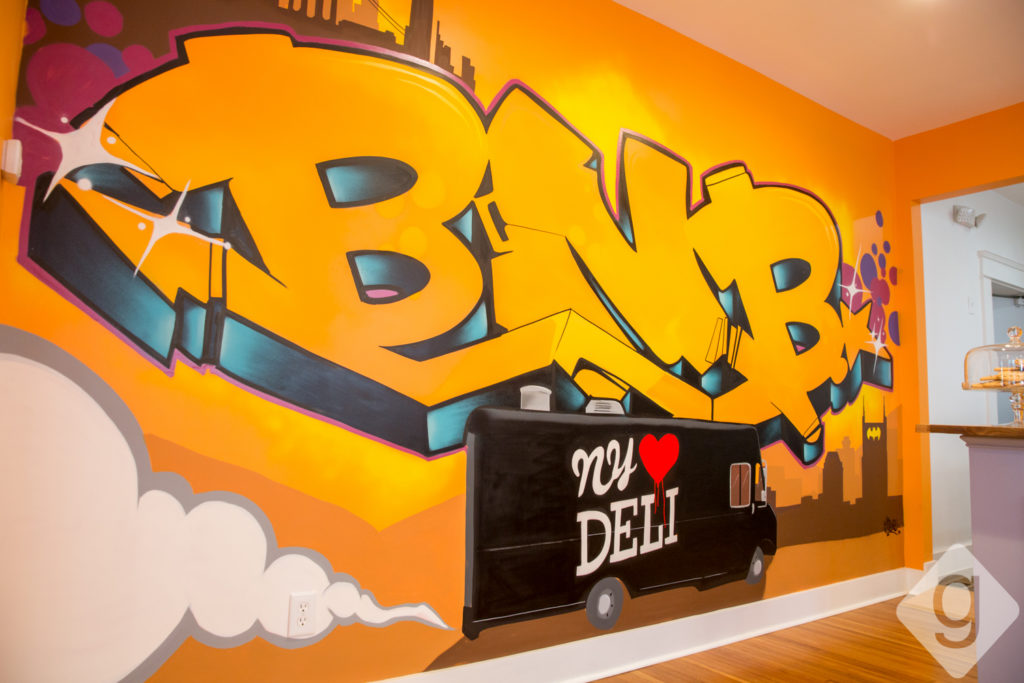 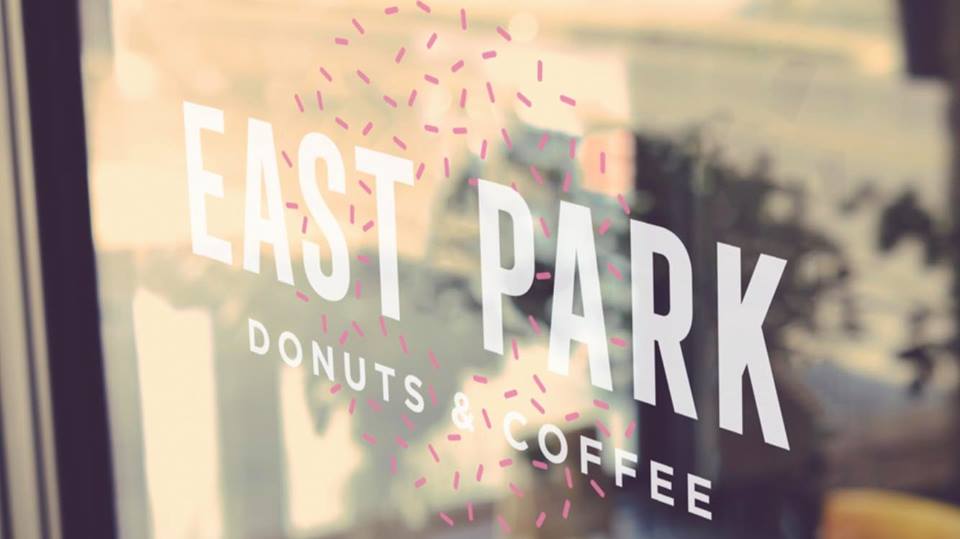 Old-fashioned cake donuts and handcrafted espresso are being served in East Nashville. East Park Donuts & Coffee is having their soft opening week from Wednesday to Sunday, August 22-26, 2018. Temporary hours will be 6:30am to 1:00pm. 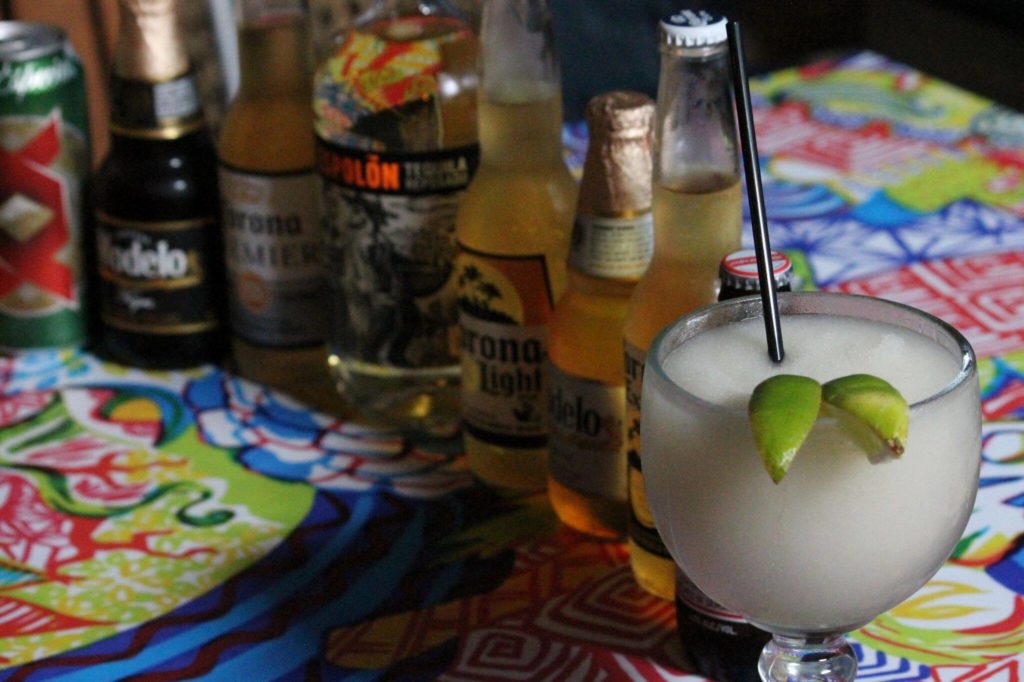 Kawai Poké Co. is Finally Ready for You 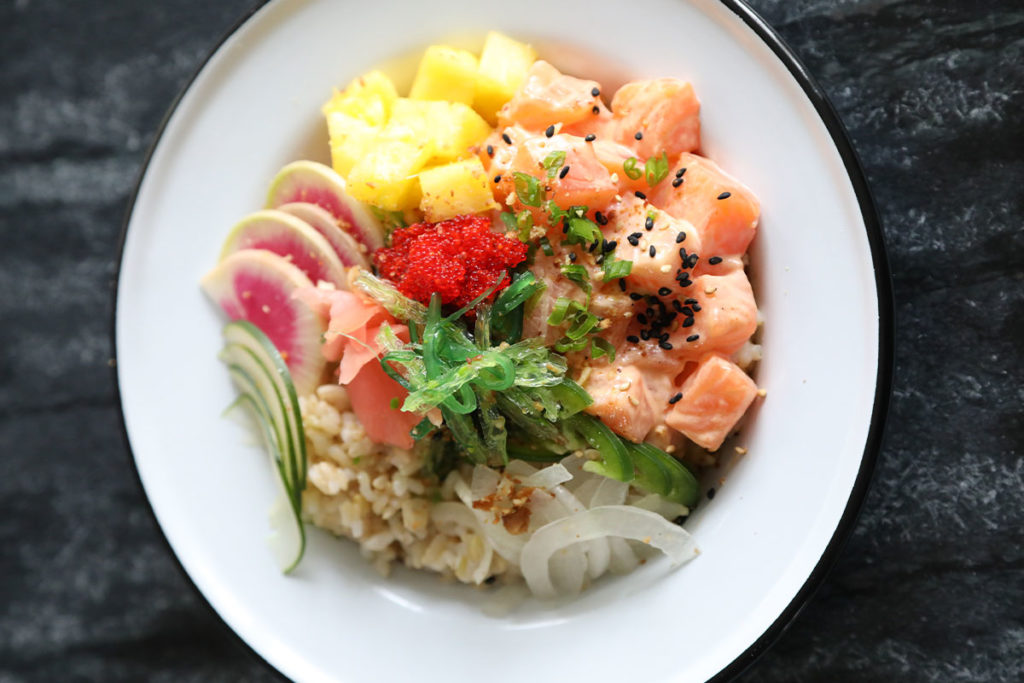 The anticipation is over. After announcing a July 27 opening date, Kawai Poké Co., a cultural concept created by Yev Mikhailov (Gurman Food Co.), had to push the opening to Friday, August 17, 2018. It’s Nashville’s first Hawaiian poké eatery featuring tropical breakfast bowls, handcrafted poké dishes (bite-sized cubes of marinated seafood on a bed rice or mixed greens, topped with fresh vegetables), and other Hawaiian favorites. Demand has been high, so check Instagram for current hours during opening week. See the menu.

The Goat Now Open in Germantown 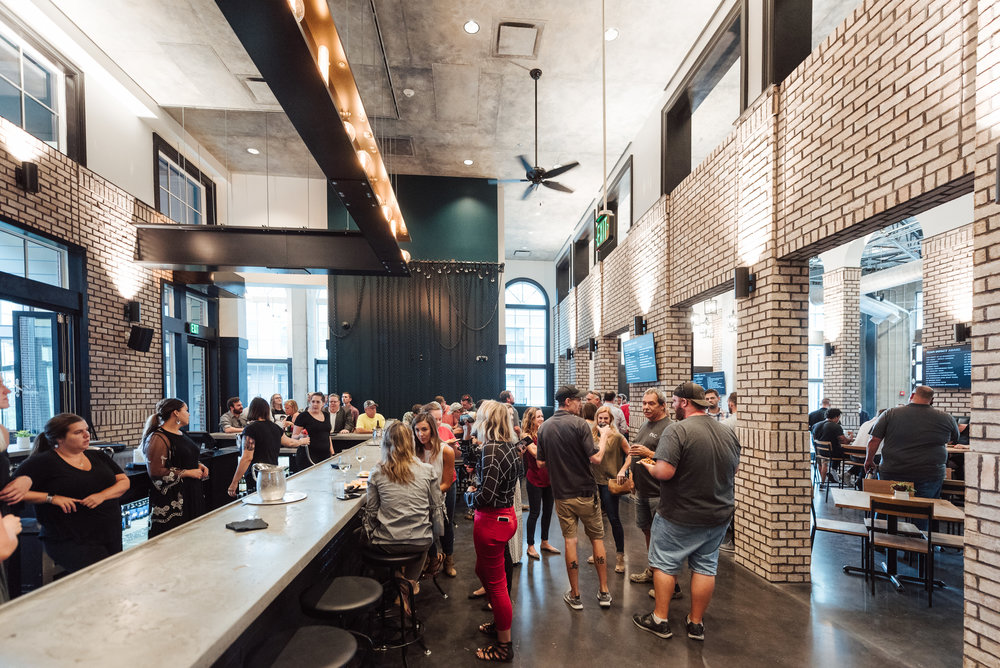 The Goat’s grand opening weekend was Thursday through Saturday, August 16-18, 2018. The restaurant and bar concept, which has nine other locations, focuses on a chef-inspired menu, a wide selection of bourbons, and live music. The Goat Germantown is located at 1220 2nd Avenue North. 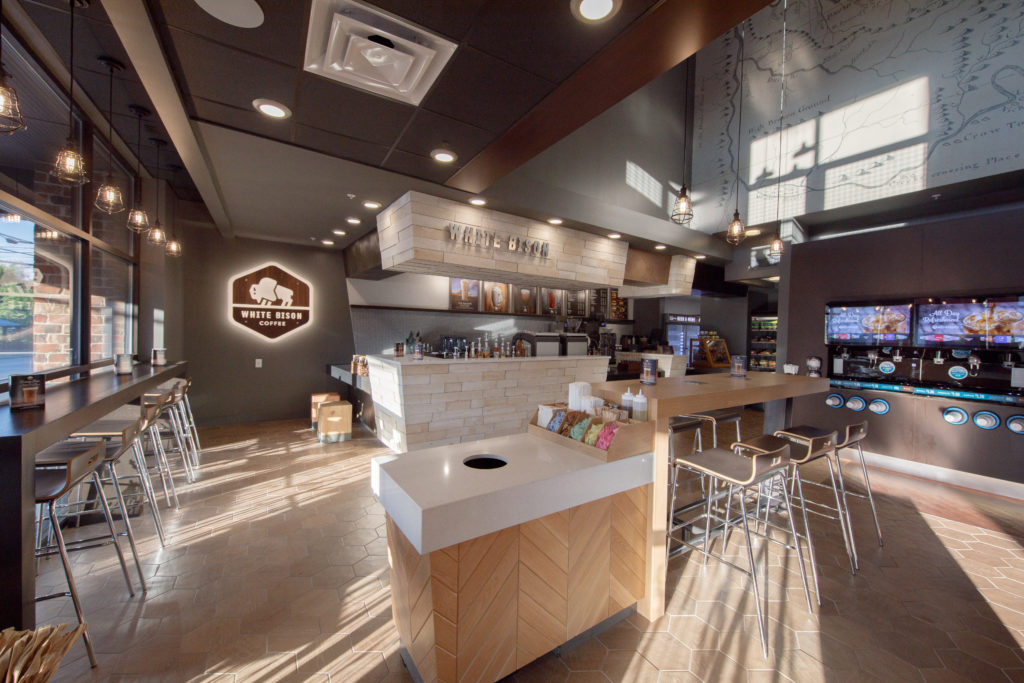 White Bison Coffee is the newest addition to 12 South. The neighborhood is now home to four coffeehouse options: Frothy Monkey, Portland Brew (located next door), Box (located on 10th), and White Bison, which officially opened on Tuesday, August 7, 2018. The coffee shop, which also offers a variety of pastries and on-the-go food options, is owned and operated by Twice Daily, a Middle Tennessee-based convenience store brand. White Bison currently has eight locations, including one in The Nations. 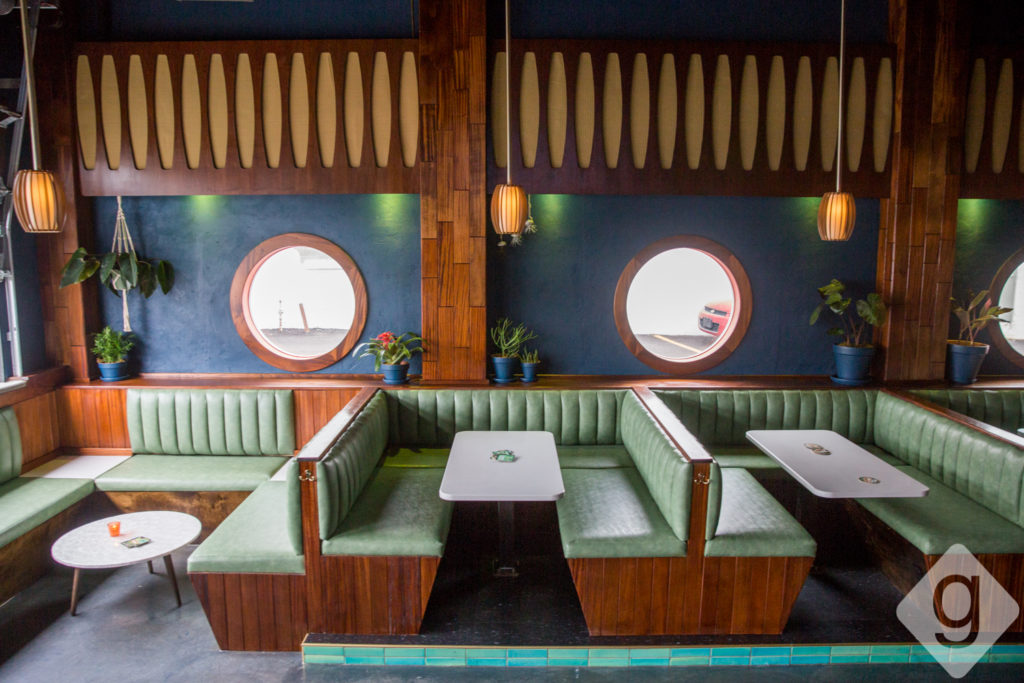 Neighbors opened their second location on Wednesday, August 1, 2018, at 11:00am in Germantown. It took over the space previously occupied by Lulu near the Nashville Sounds stadium. 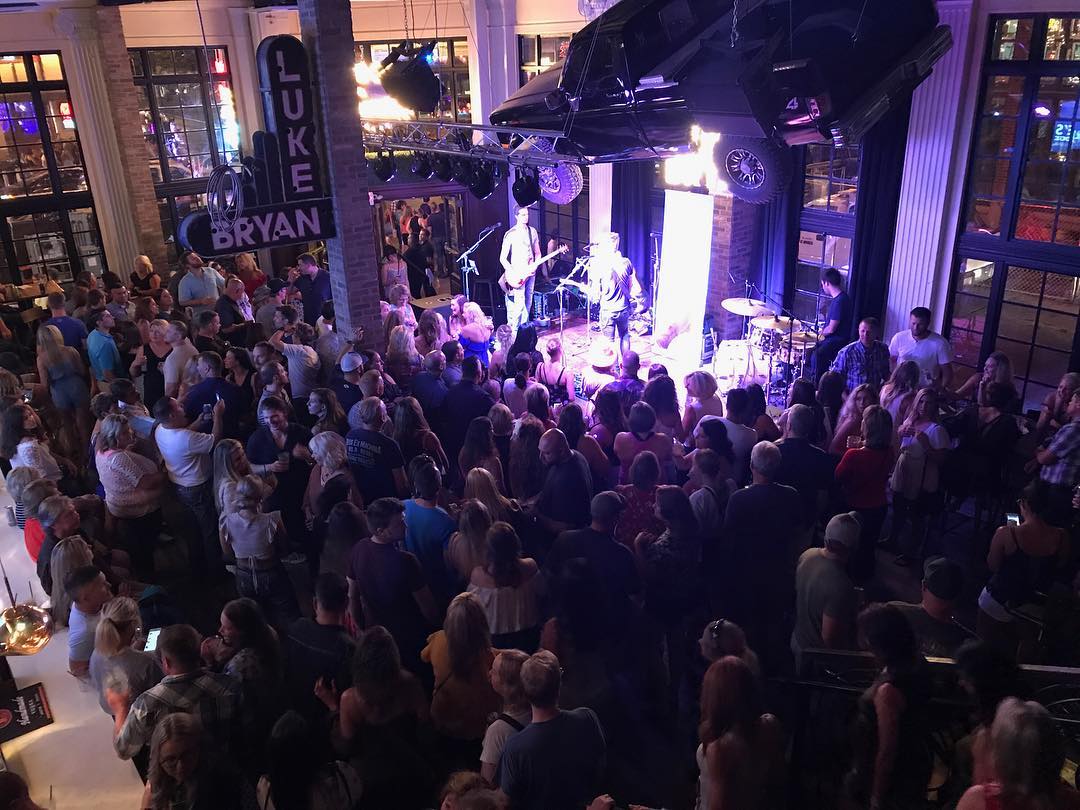 Luke’s 32 Bridge, a bar and restaurant concept created by Luke Bryan and TC Restaurant Group, started their soft opening on July 27, 2018. It’s the latest celebrity bar to open on Broadway. Current hours are 4:00pm to 3:00am. Starting Thursday, August 2, 2018, Luke’s will open at 11:00am Monday through Friday and 10:00am on Saturdays and Sundays. 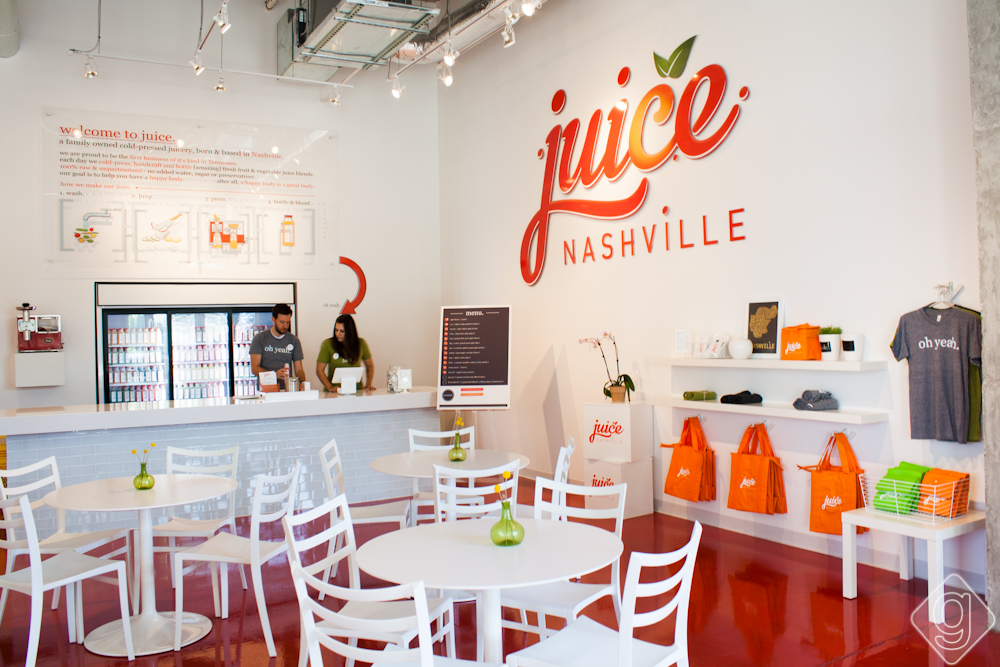 Juice Nashville’s Gulch storefront is closing by the end of July to focus on their new mobile delivery. The cold-pressed juicery will operate as a same-day delivery service. Visit their website for information on getting your fresh juices! 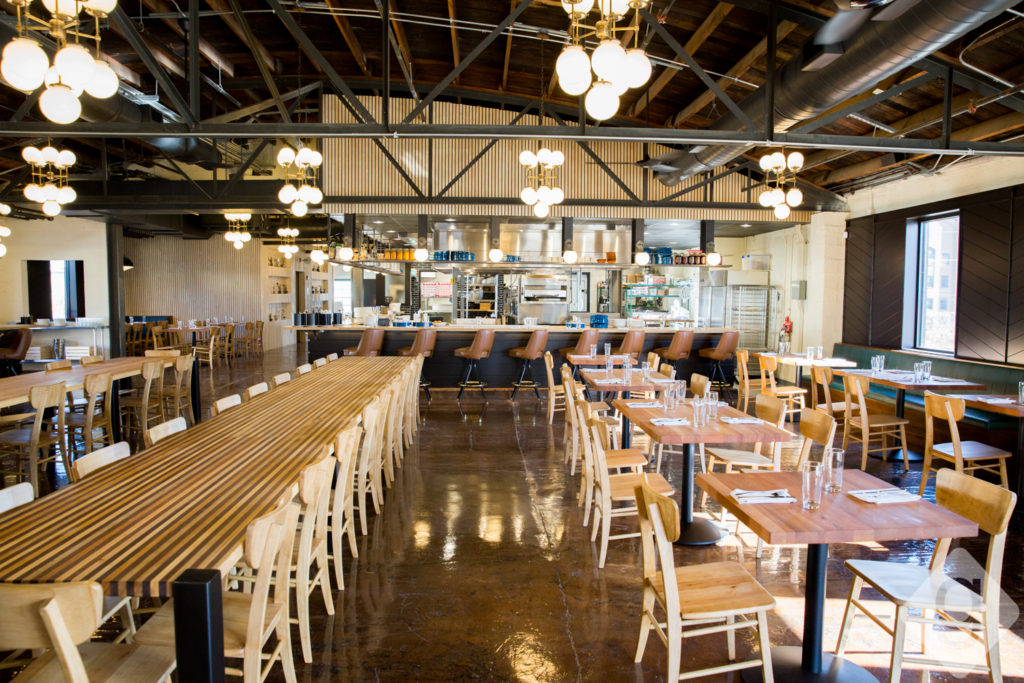 Kuchnia + Keller, an Eastern European-inspired restaurant in Germantown, announced their last service would be Sunday brunch on July 29, 2018. The space took nearly two years to create and was only open for eight months. 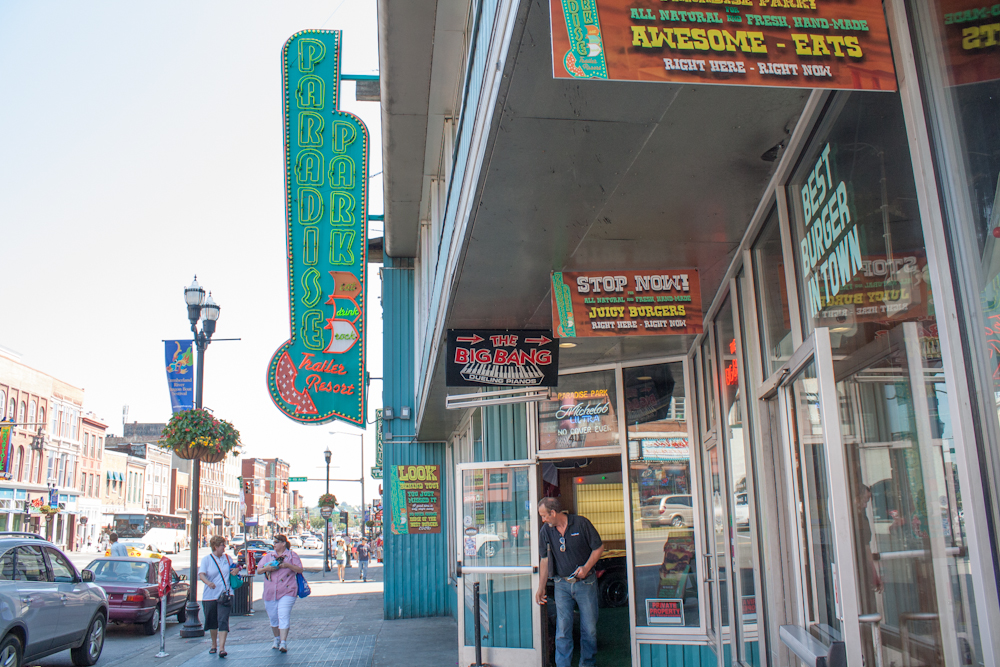 The hotspot’s last night of business was Saturday, July 28, 2018. Strategic Hospitality, the company behind Paradise Park, plans to remodel the entire building and open one cohesive concept across all three floors and the rooftop. Big Bang, which also occupied the same building, is seeking a new location Downtown and currently operating on the weekends at Dick’s Last Resort. 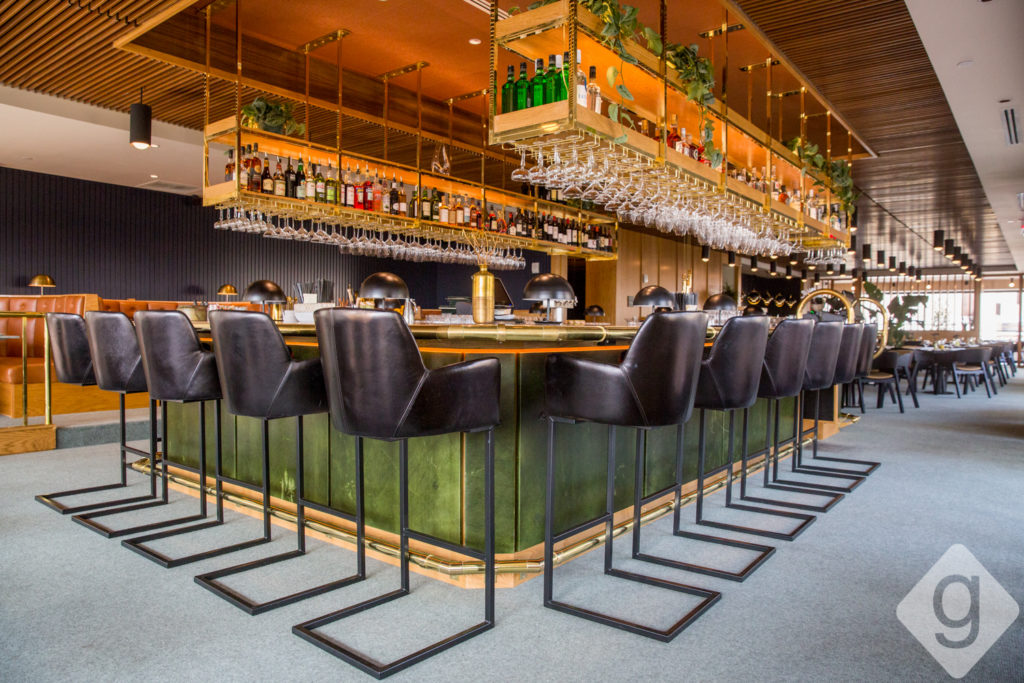 Ellington’s Mid Way Bar & Grill located on the fourth floor of the new Fairlane Hotel opened to the public on Friday, July 27, 2018. The restaurant serves American fare and cocktails and is open daily for lunch and dinner as well as weekend brunch. 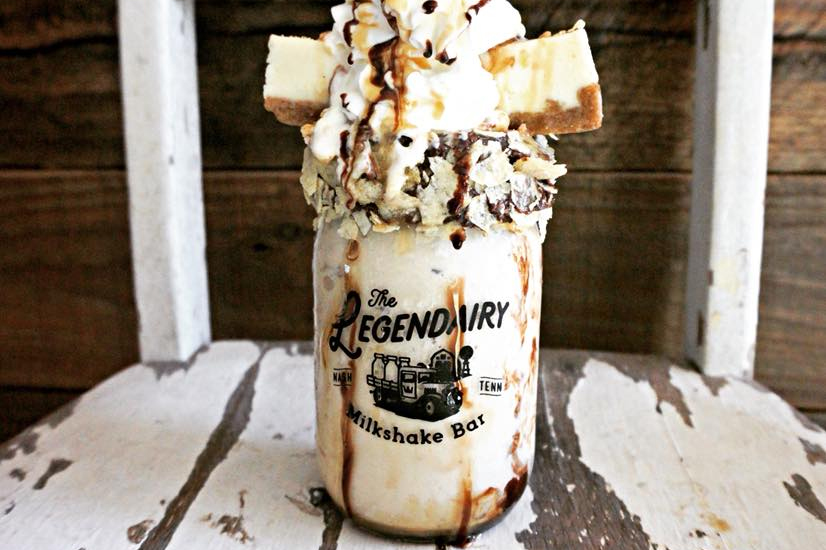 Legendairy Milkshake Bar is now open in downtown Nashville. They welcomed their first customers on Saturday, July 21, 2018. The dessert bar focuses on elaborate milkshakes and ice cream scoops. Standard 16-ounce shakes are $12.99 and eight-ounce kids’ shakes are $9.99. Check out the menu here for all the options.