March 10, 2022 | Advertising Disclosure | Our Partners may be mentioned in this article.

Celebrities and country music stars have taken over the honky-tonk scene on Lower Broadway. What better way to celebrate being in Nashville than visiting some of the stars’ bars? Enjoy delicious food and drinks, skyline-high rooftops, top-notch live music, and memorabilia at each spot. Don’t fret—these bars are still just as rowdy and fun as the other honky-tonks, but with a little extra touch from those who dreamed them up. Who knows, maybe you’ll even run into a star visiting their own bar! Here is Nashville Guru’s guide to the top celebrity bars in Downtown Nashville. 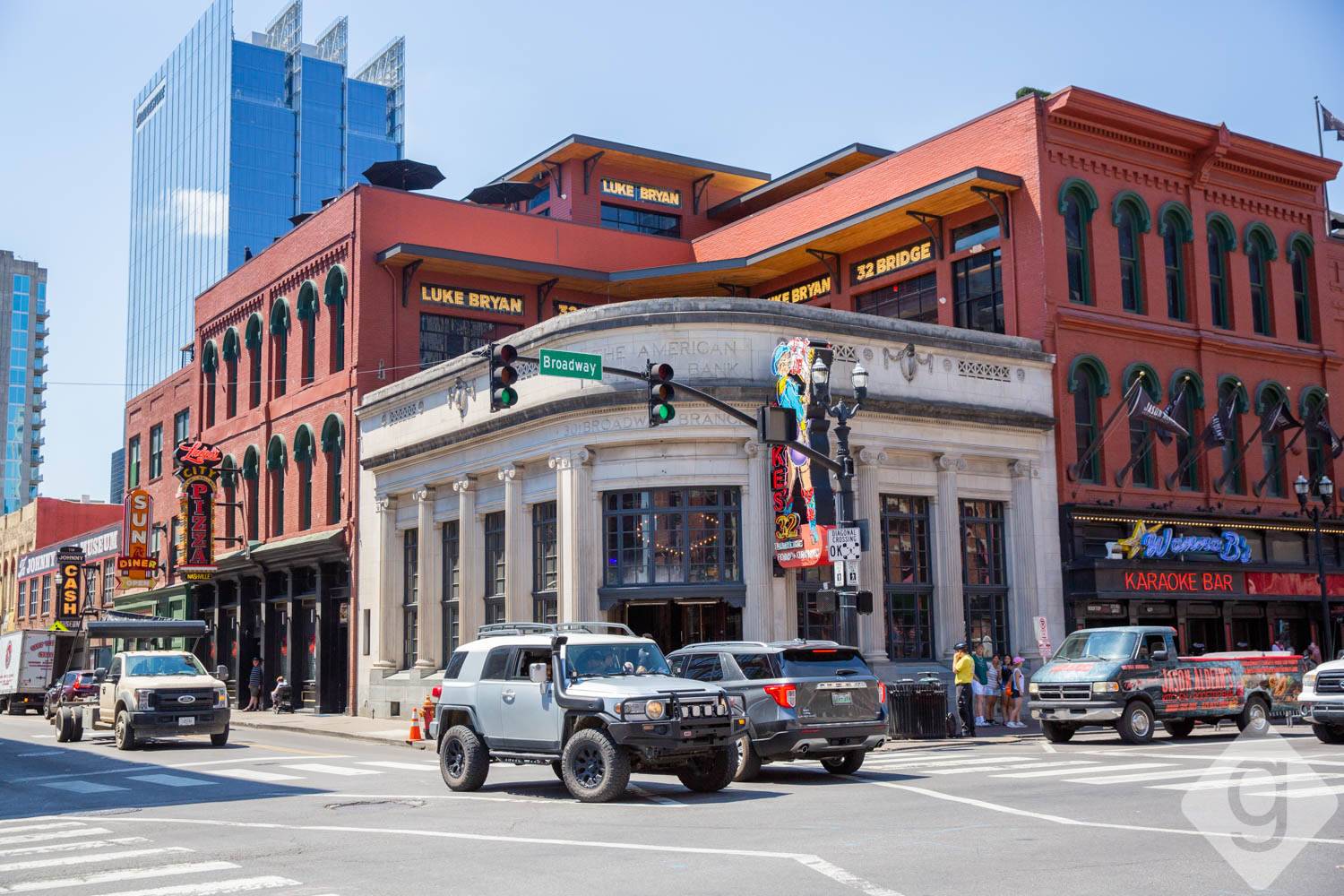 At the heart of Broadway, you’ll find Luke’s 32 Bridge. The 30,000 square-foot entertainment destination features six levels, eight bars, three stages, and two restaurants serving delicious food and drinks. Head up to the top for one of downtown’s largest rooftop patios. 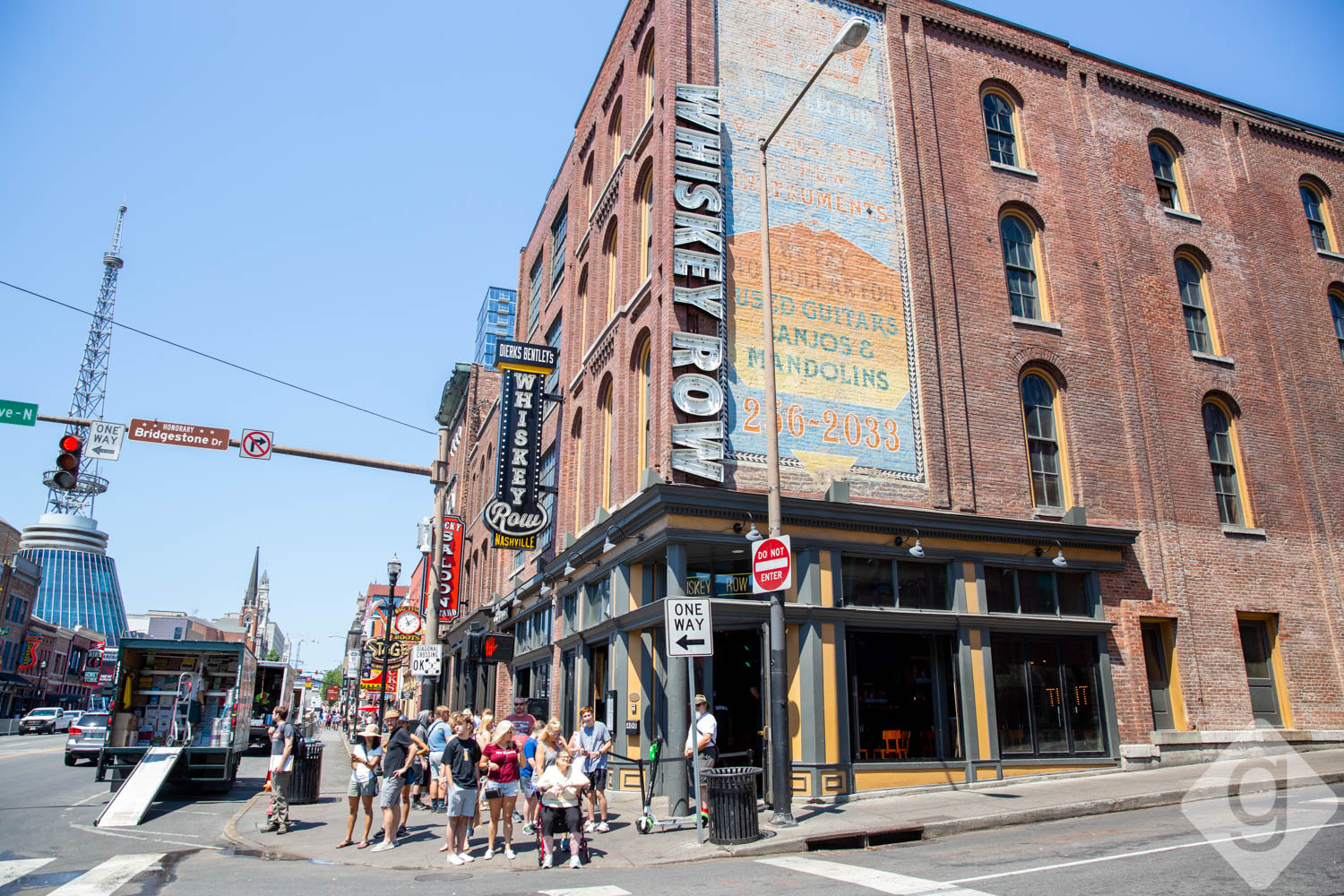 At Dierks Bentley’s Whiskey Row, there’s a good chance you’ll see Bentley himself grabbing a drink or getting up on stage a time or two if he’s in town. The multi-story bar has live music on two floors, a rooftop DJ, and VIP booths at night. You may be feeling a little drunk on a plane here, but it’s well worth it. 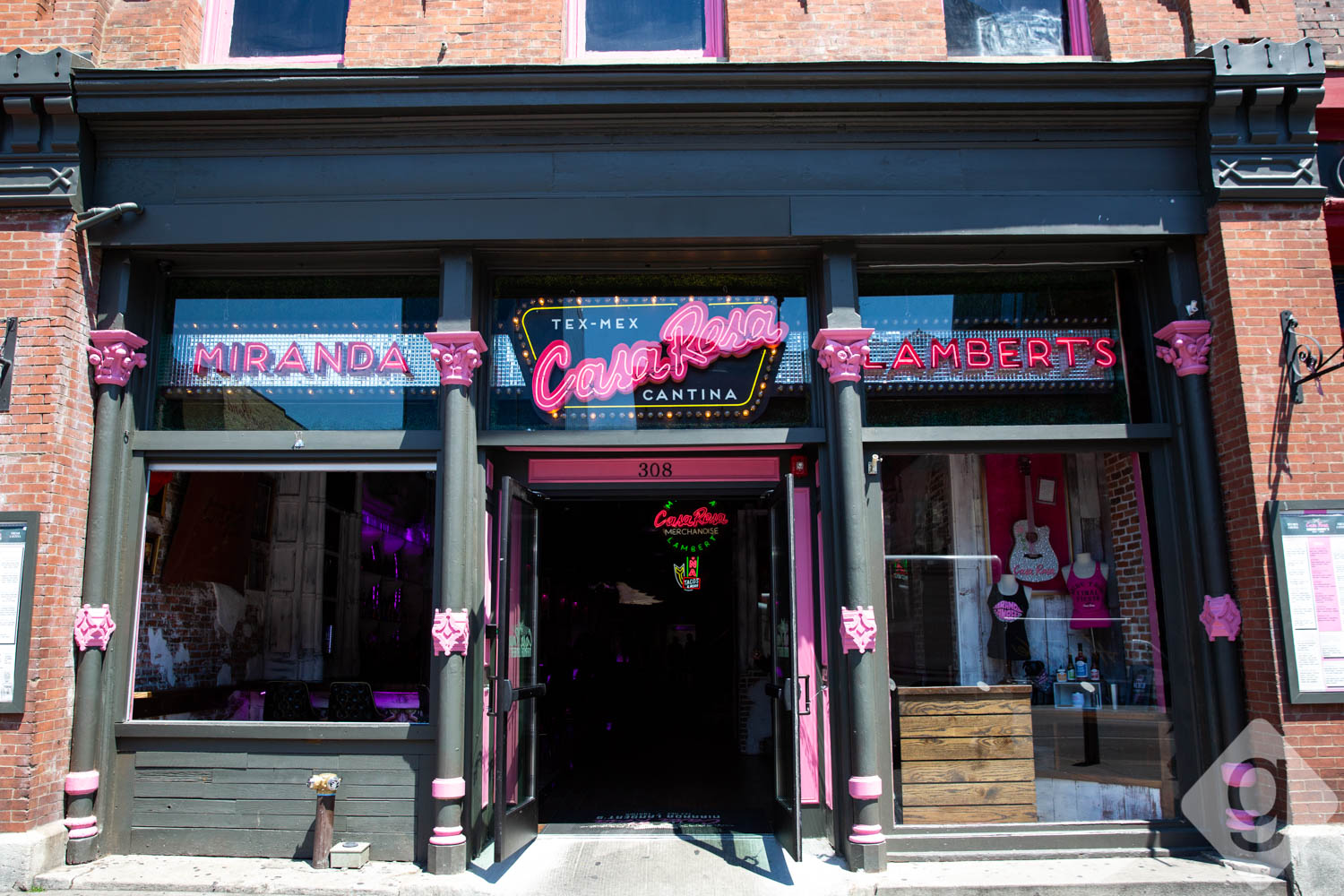 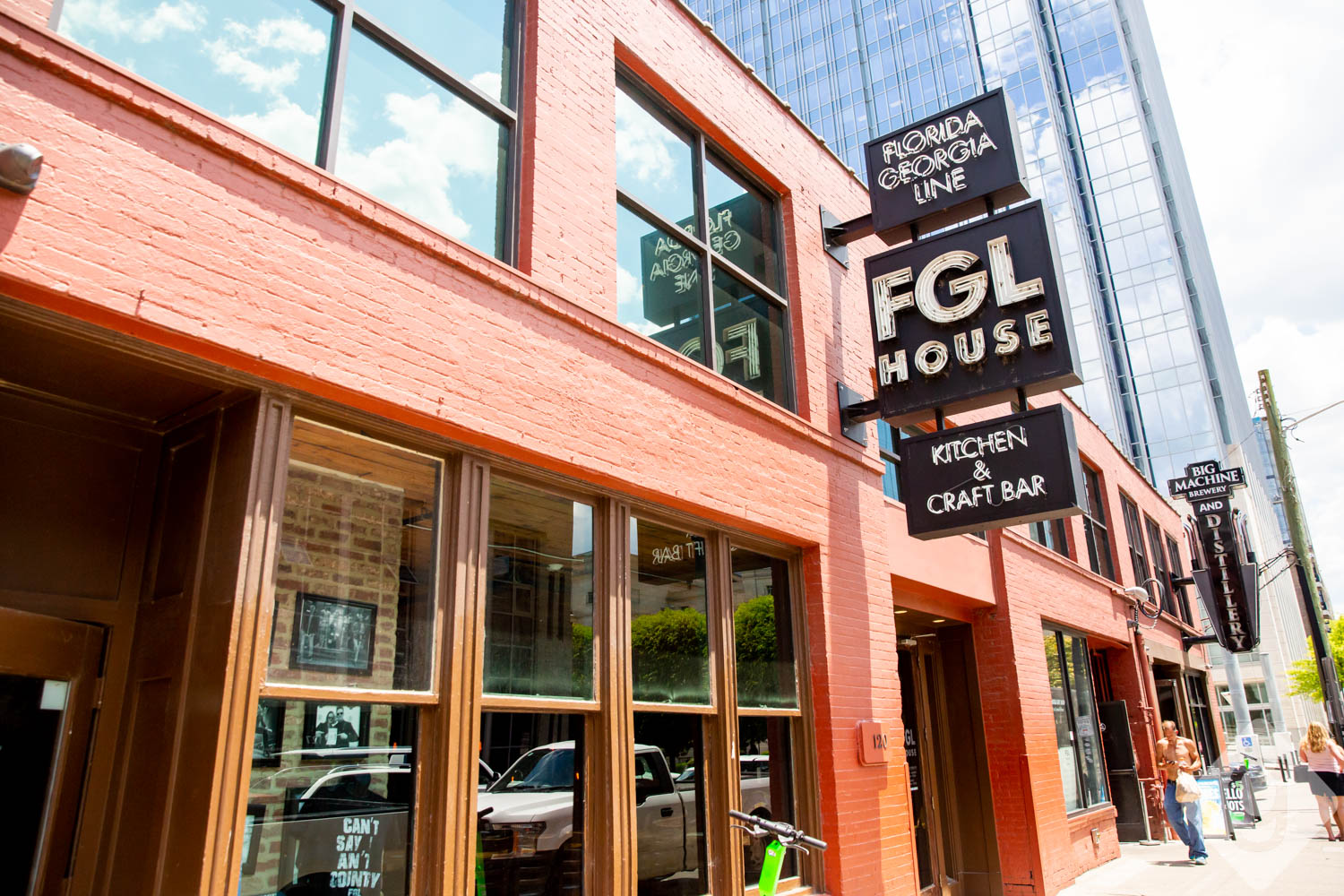 If you walk down towards the river and follow the signs for the Johnny Cash Museum you’ll see FGL House. Florida Georgia Line’s bar is full of quotes from the band, live music on the first and third floor, a partially heated rooftop, and a full-service kitchen. FGL and other celebs have been known to stop by for pop-up shows on the weekdays. 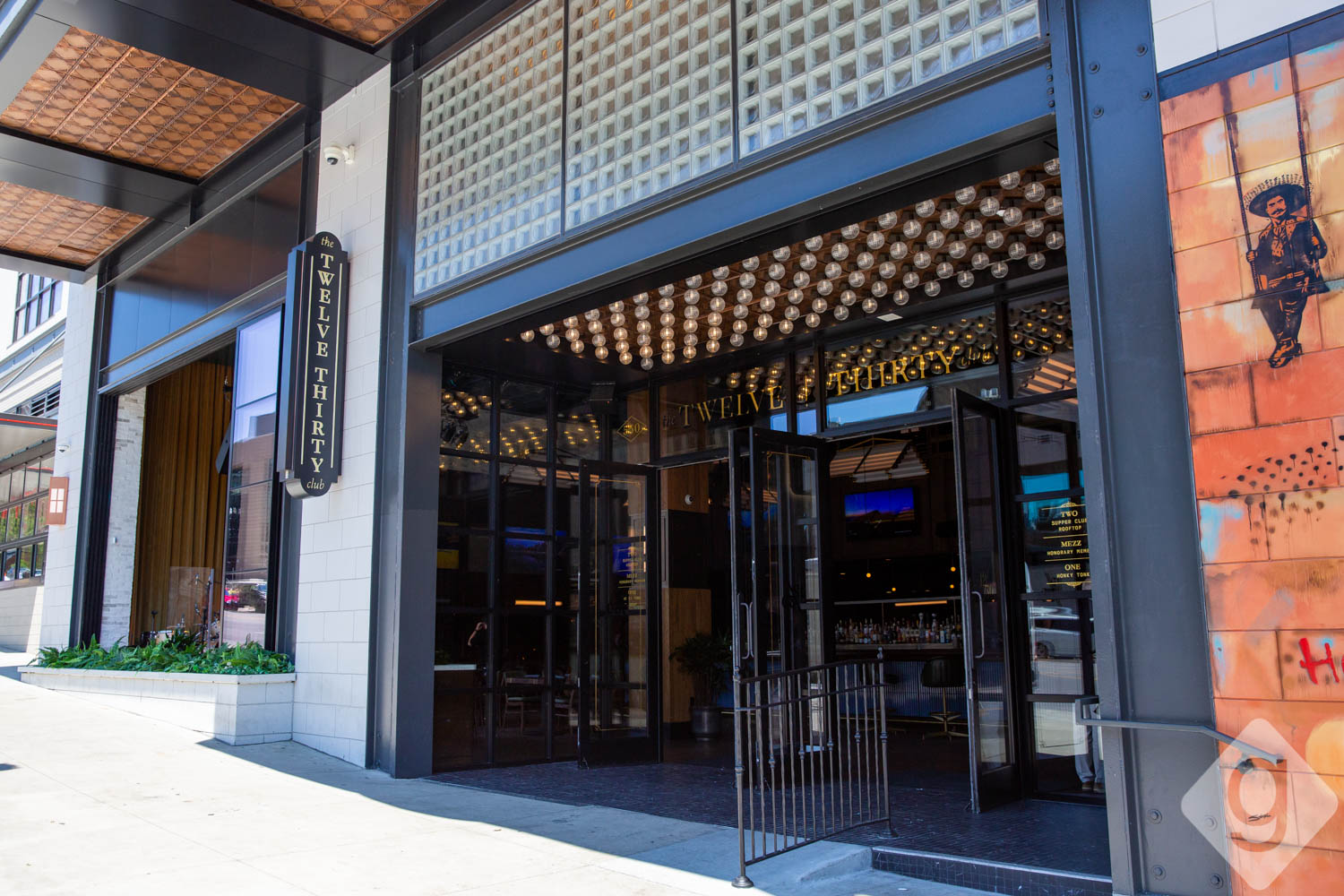 The Twelve Thirty Club, situated at Fifth + Broadway, is a restaurant and bar concept in partnership with Justin Timberlake. The Honky Tonk on the ground floor has a laidback atmosphere with live music, craft cocktails, and great bar food. 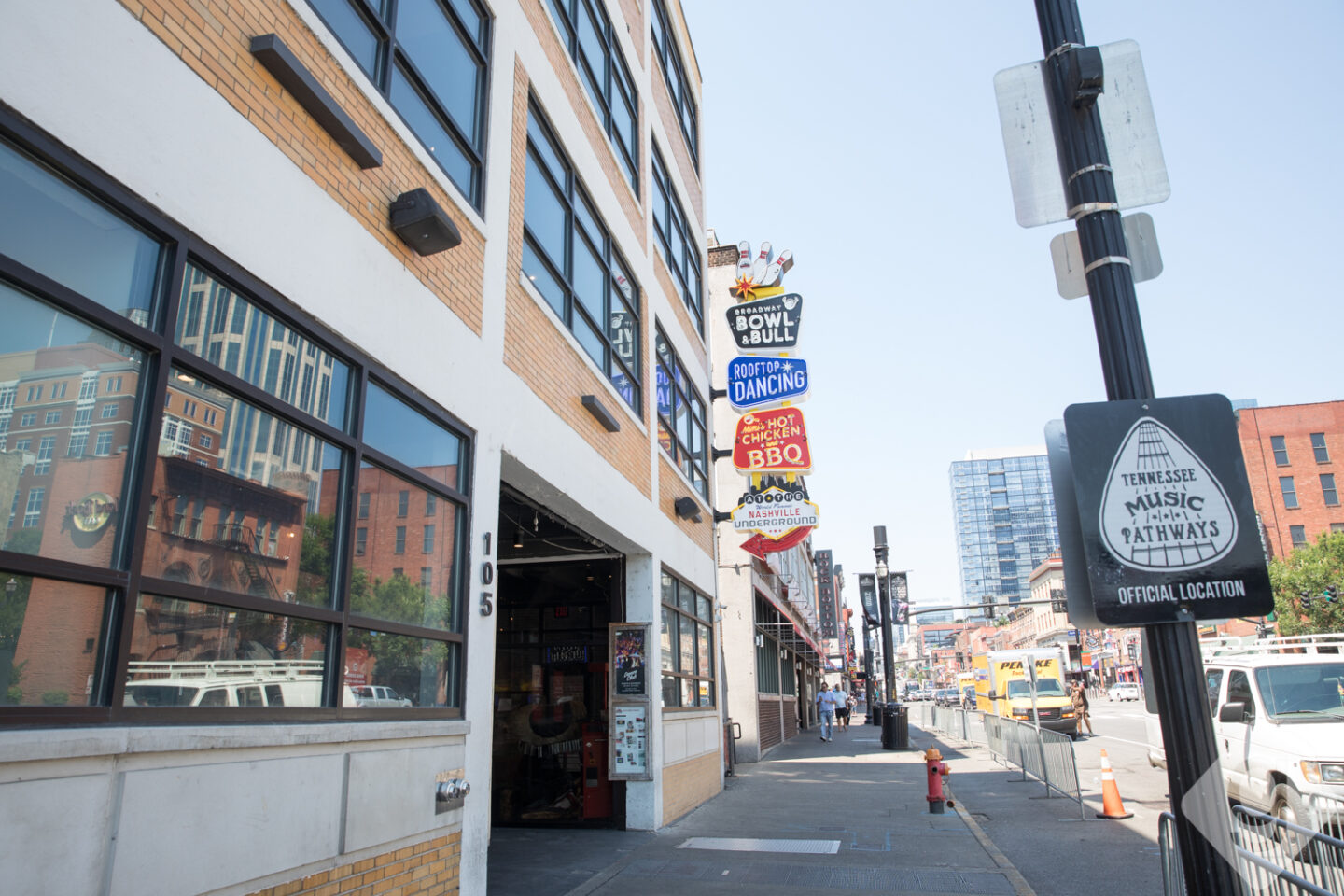 Just a few steps away from the Cumberland River you’ll find Nashville Underground. Brothers Gavin and Joey DeGraw paired up to bring this spot to life. Nashville Underground is the perfect place to set the city on fire, with tasty bites, bowling on the first floor, over 40 big-screen TVs, and a double-decker rooftop patio. 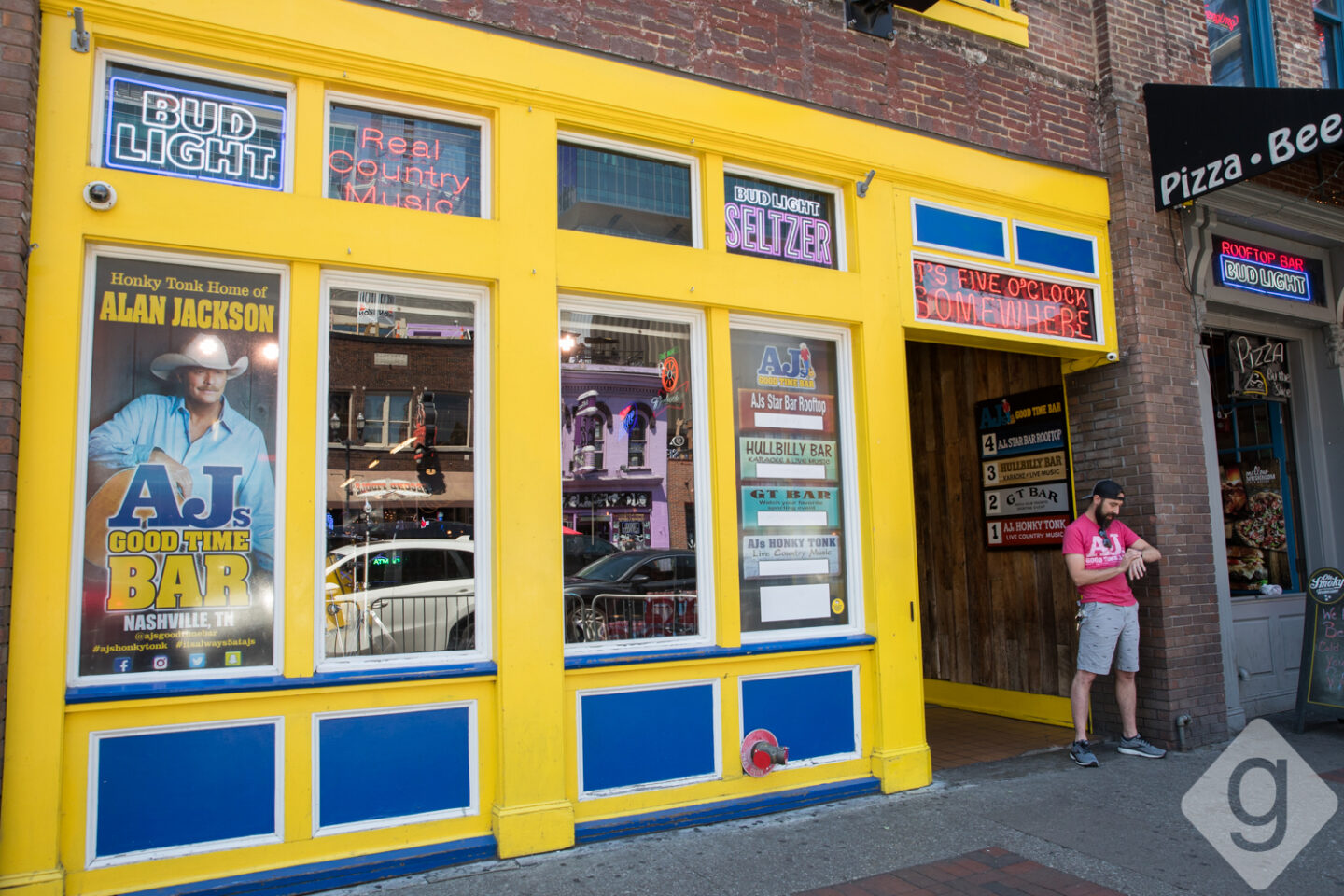 It’s time for a good time at AJ’s Good Time Bar! Alan Jackson’s place features a full-blown “world-famous” tiki bar, a bar out of a boat, and multiple floors of live music. 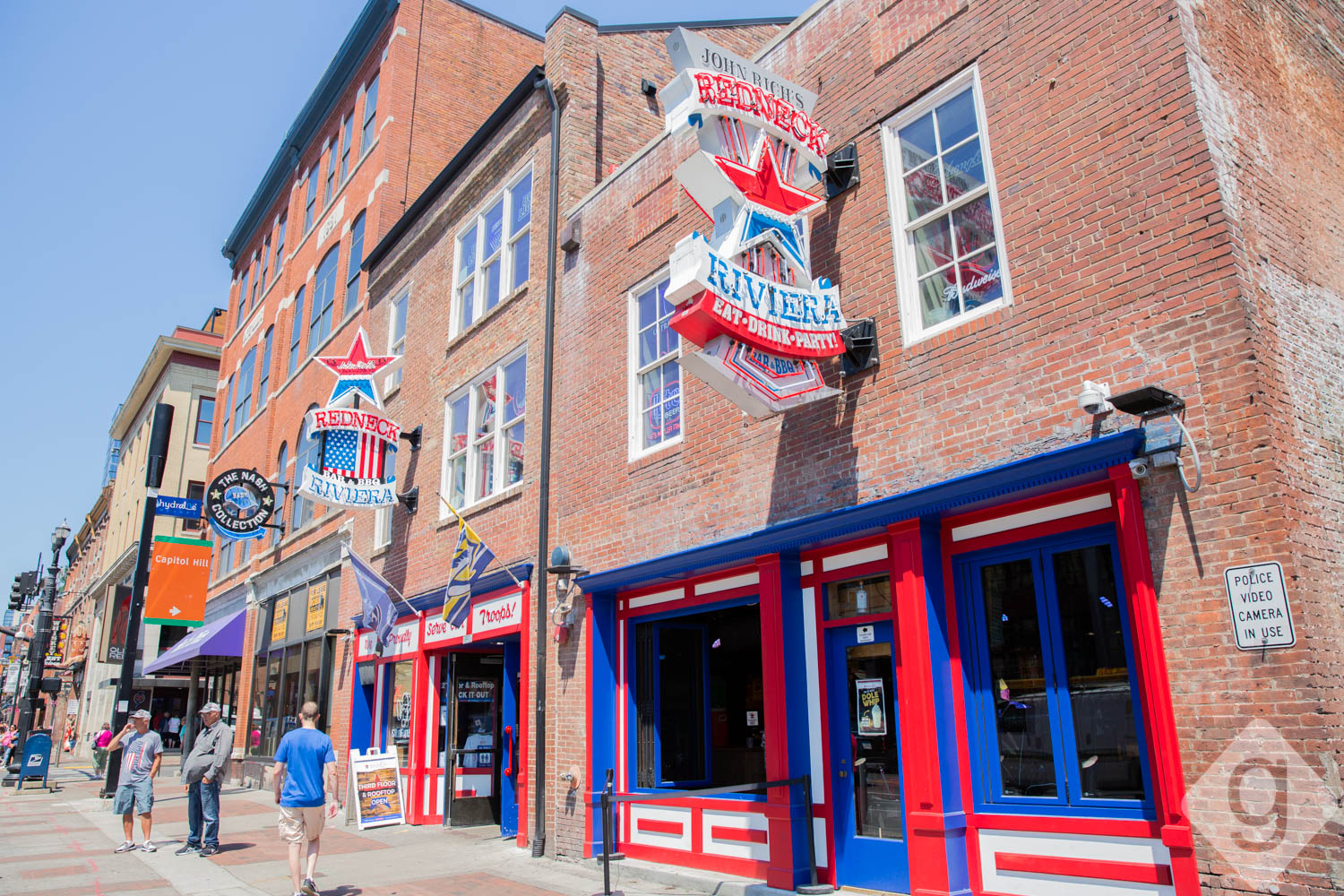 Make your way over to John Rich’s Redneck Riviera for a dose of live music and a space dedicated to celebrating the men and women who serve. Rich is heavily involved with RNR, so don’t be surprised if you bump elbows at the bar. 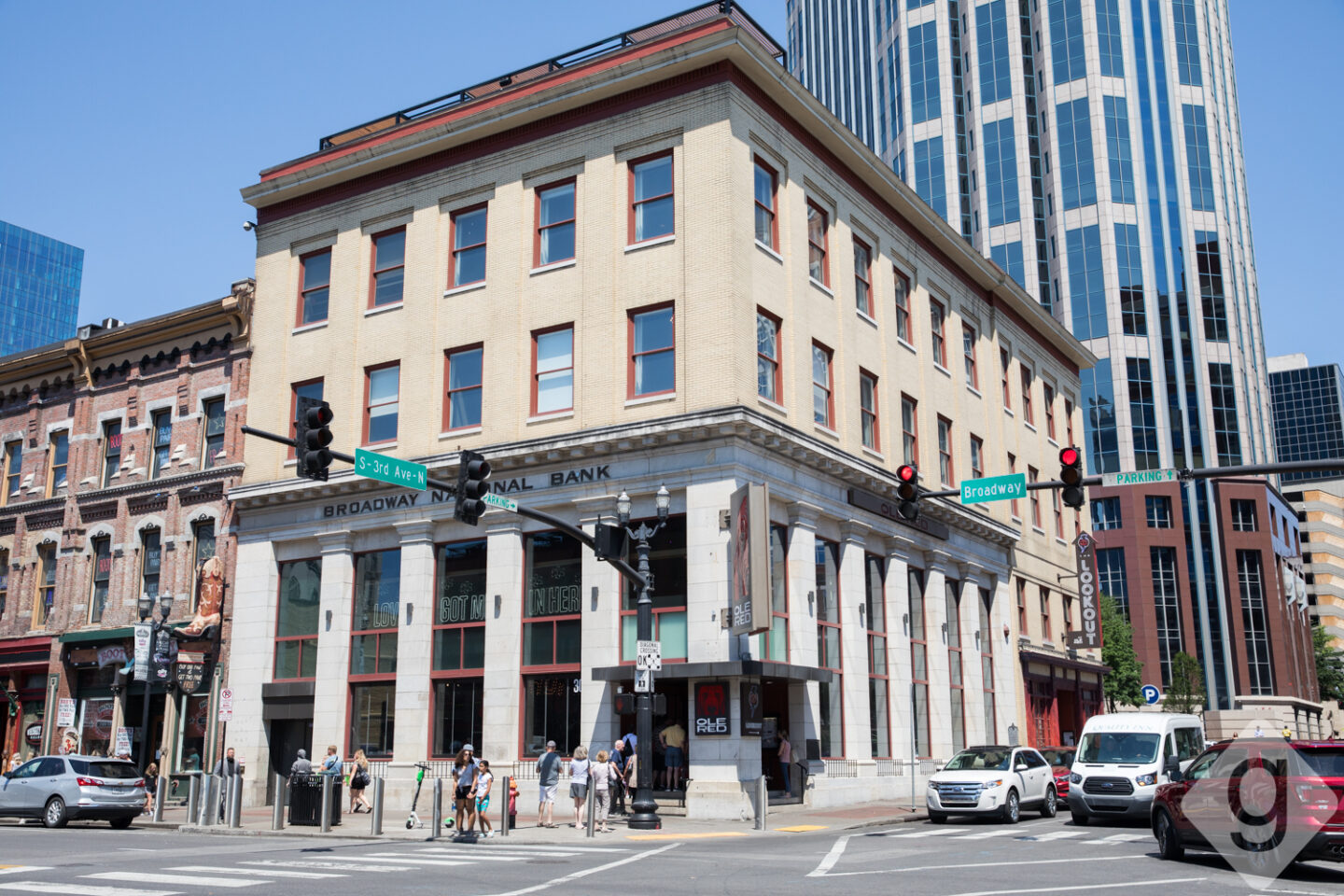 If you’re itchin’ to have a little fun, head on over to Blake Shelton’s Ole Red on the corner of 3rd Avenue. Be ready for country tunes, skyline views, and great memorabilia shopping in the retail section. 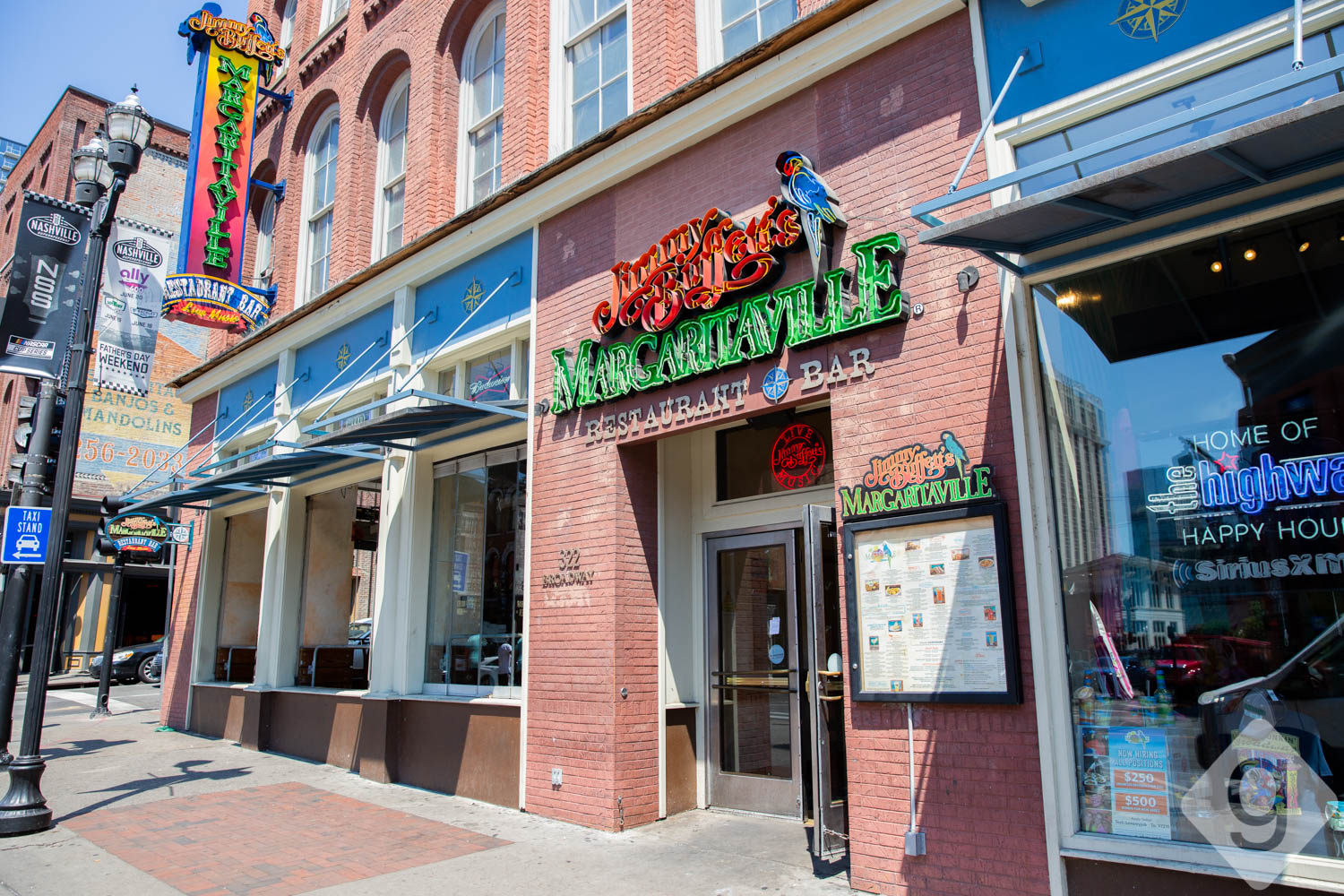 Jimmy Buffet’s Margaritaville is where you’ll find tropical cocktails, live singer-songwriters, and Caribbean cuisine. This was one of the first celebrity bars in Music City which kickstarted the trend on Lower Broadway. 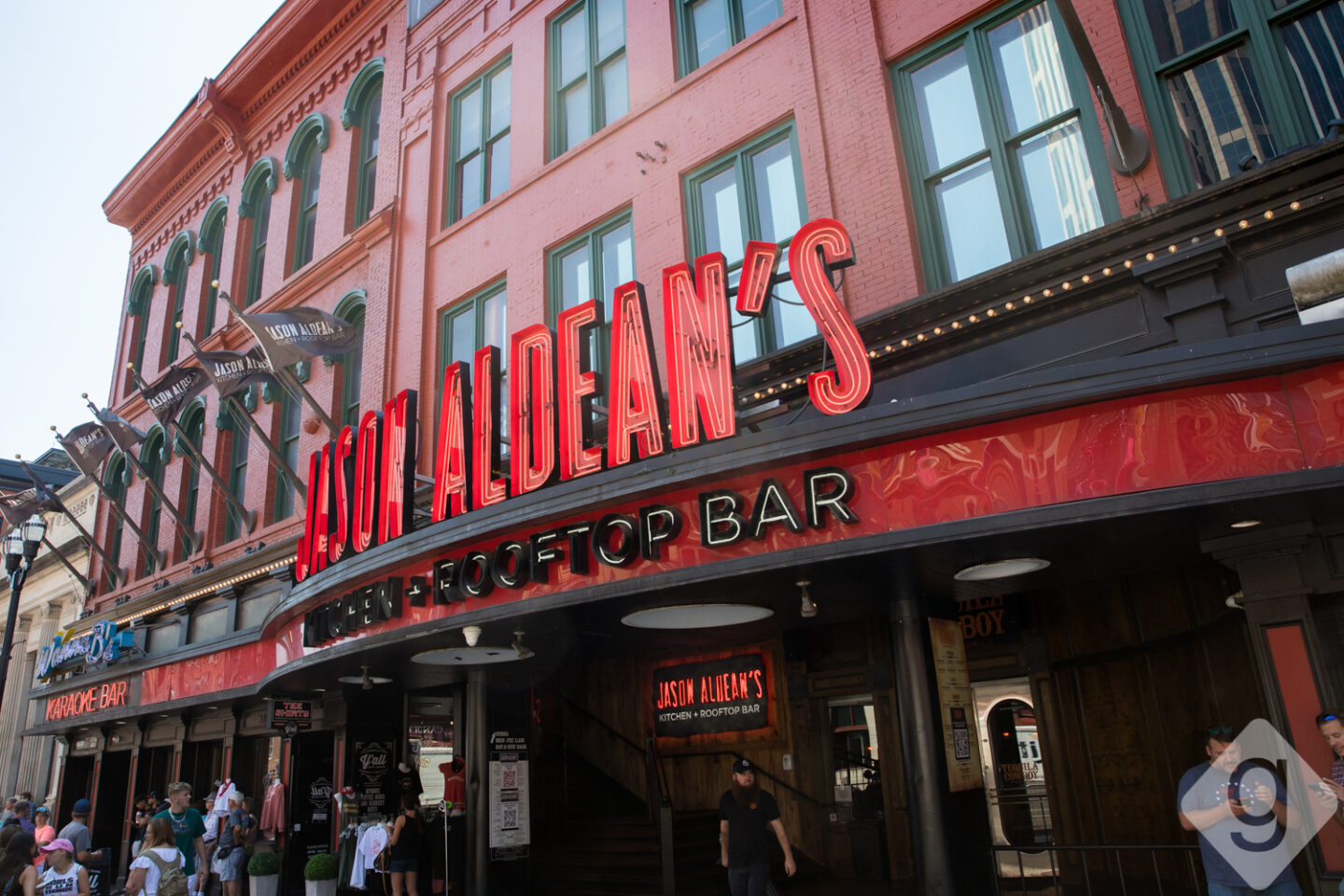 For Amarillo Sky views, check out the rooftop at Jason Aldean’s Restaurant + Rooftop Bar. The Southern cooking and live music won’t disappoint either. People rave about their bison sliders! 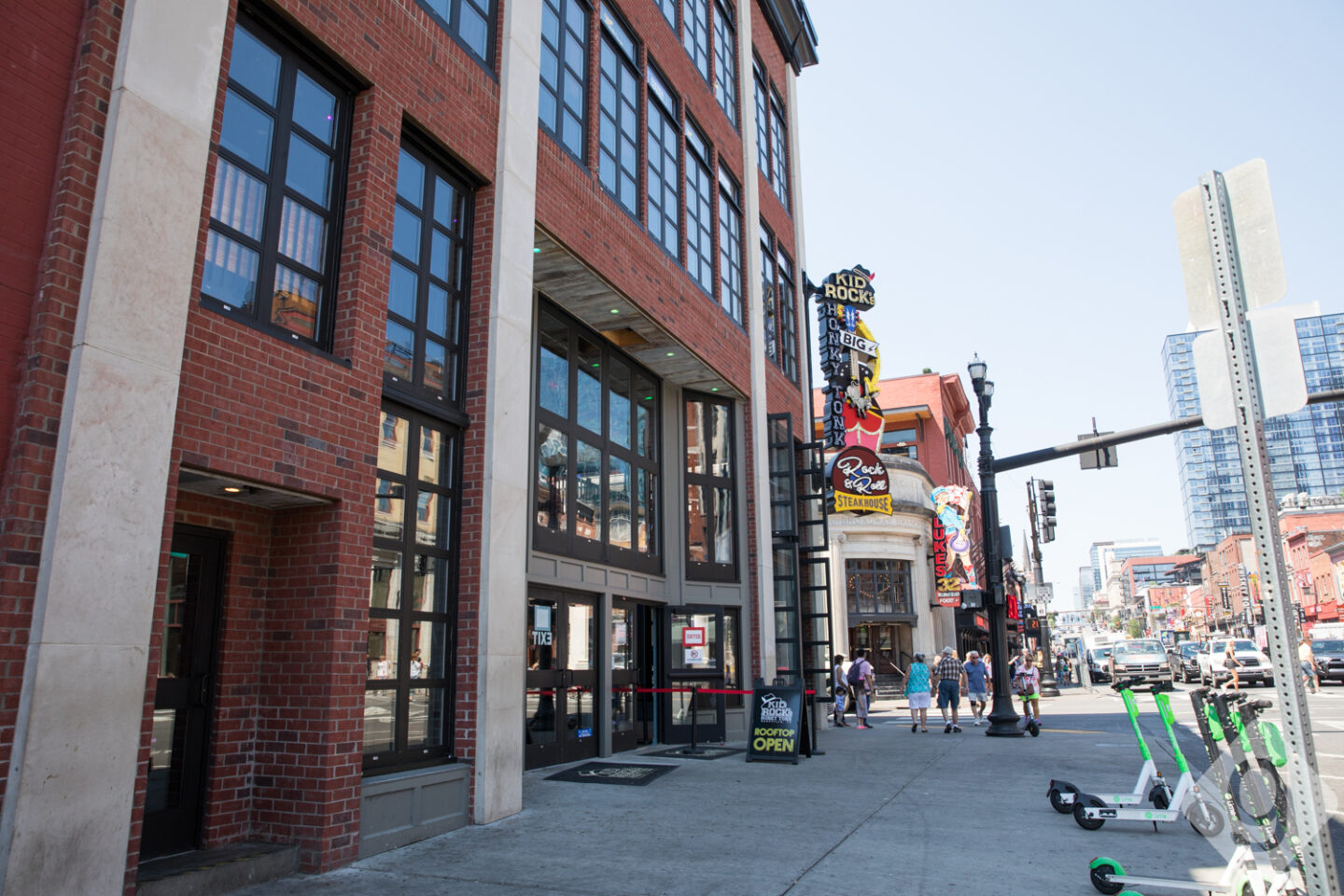 The building is just as big as the name at Kid Rock’s Big Honky Tonk and Rock ‘n’ Roll Steakhouse, which can accommodate almost 2,000 people. There are five floors, four stages, six bars, and a rooftop bar. Give a toast to the sun, drink with the stars!

In 2023, you can hang out at Eric Church’s bar, Chief’s! Guests can expect a six-story bar, music venue, and whole-hog barbecue from James Beard Award winner Rodney Scott.