September 14, 2021 | Advertising Disclosure | Our Partners may be mentioned in this article.

Whether you’ve lived here for years, just moved to town, or are visiting for the weekend, there’s no excuse for being bored in Music City. From must-see museums to iconic music venues, consider this your Nashville bucket list.

Perhaps the most gorgeous 55 acres in the greater Nashville area, Cheekwood is a hit with locals and visitors year-round. From the Cheek Mansion art gallery to the estate’s 12 sprawling gardens to special exhibits from world-renowned artists, you could spend hours taking in all kinds of stunning visuals.

Fifth + Broadway is the new mixed-use development located conveniently on Broadway in downtown Nashville. The building combines restaurants, shops, office space, a museum, and residential units. Restaurants in this new destination include local favorites Slim + Husky’s and Hattie B’s as well as nationally-known eateries like Shake Shack and Jeni’s Splendid Ice Creams. On the retail side, visitors can purchase Nashville-centric apparel at The Nash Collection or shop at one of the only brick-and-mortar Ariat stores in the world. Guests can explore the 55,000-square-foot National Museum of African American Music, or stay indefinitely at The Place.

With exhibits that rotate every six to eight weeks, no visit to the Frist Art Museum (formerly Frist Center for the Visual Arts) is ever the same—but you’re always guaranteed to leave inspired. Housed in an art deco building, Nashville’s hub for visual arts displays works from local, state, and regional artists as well as national and international exhibitions.

Kids of all ages can enjoy a field trip to the Nashville Zoo, which has grown leaps and bounds since taking over the Grassmere property in 1996. Interactive exhibits like Critter Encounters and Lorikeet Landing as well as exhibits dedicated to African elephants, flamingos, and meerkats keep local animal lovers intrigued.

The home of Andrew Jackson, located on the outskirts of town, is one of the most popular attractions in the state. Open as a museum since 1889, the Hermitage sits on more than 1,000 acres and comprises the seventh U.S. president’s stately mansion, its surrounding gardens and grounds, and the Jackson family tomb. A new million-dollar exhibit, Andrew Jackson: Born for a Storm, features interactive displays and a deep dive into his multifaceted life.

It’s known as “the Smithsonian of country music” for good reason: The Country Music Hall of Fame and Museum spans 350,000 square feet of prime downtown real estate, which it packs with thousands of artifacts, two performance theaters, and countless rotating special exhibitions. The museum’s permanent installation, Sing Me Back Home, takes visitors through the evolution of country music from its roots in the nineteenth century to today’s biggest hitmakers.

The world-famous and incredibly intimate Bluebird Cafe is where you go to hear your favorite songs—and their backstories—straight from the people who wrote them. (Yes, just like on TV.) Nearly every night, this tiny club hosts a group of songwriters who play and banter their way through acoustic rounds, captivating those who got in line early enough to score a seat.

Another essential Nashville music experience is a trip to the historic Grand Ole Opry—it’s the only place where country music stars of past, present, and future share the same stage. Spring for the backstage tour, where you can see the Opry’s 18 themed dressing rooms, learn behind-the-scenes secrets, and, if you’re lucky, step foot in “The Circle” yourself.

Completed in 1909, this steel-trussed bridge connects mellow East Nashville with the hustle and bustle of downtown. Runners, commuters, and sightseers alike can be found crisscrossing this skyline landmark at all hours of the day, often pausing to admire the picturesque Cumberland views.

Your first show at the prestigious Mother Church—famed for its acoustics and pew seating—will be a turning point in your concert-going career. Formerly the home of the Grand Ole Opry, the Ryman now shines on its own as a hallowed performance hall for all genres of musicians as well as comedians and authors. Self-guided tours are available daily, tickets are $26 for adults and $17 for children (4-11).

Though they might complain about it, even locals have a hard time staying away from Nashville’s glittering main strip—it’s that much of a good time. Lined with perennial honky-tonks like Robert’s Western World and Tootsie’s Orchid Lounge, Lower Broadway has seen a revitalization with trendier establishments like Acme Feed and Seed, The Valentine, and Dierks Bentley’s Whiskey Row.

Offering 1,300 acres of serene forests, trails and wildlife, the Radnor Lake area is a literal breath of fresh air for cooped-up Nashvillians. And this natural treasure offers even more than just exercise and a break from daily stressors: The new aviary and education center can turn your visit into a full-on learning experience.

A stop at this distillery is part history lesson, part good old-fashioned whiskey tasting. Brothers Andy and Charlie Nelson revived their great-great-great-grandfather’s family business in 2009, and tour guides here will take you back to its founding over a century ago and its subsequent shuttering during Prohibition. Cheers to the Nelsons’ happy ending!

Originally constructed as a temporary exhibit for Tennessee’s 1897 Centennial Exposition, this full-scale replica of the iconic Athens structure was so popular that it became a permanent Nashville fixture. Updates over the years have included the creation of the surrounding Centennial Park, a complete overhaul of the structure’s exterior, and the installation of a 42-foot-tall Athena statue. When you visit, don’t miss the fine art museum on the lower level.

Though he’s originally from Detroit, Jack White has earned his (white) stripes as a Nashvillian. The musician-producer’s Third Man empire, which launched in 2001 as a record label, has expanded to include a record store, novelties lounge, music venue, and more. (If you’re seeking more of an old-school vinyl feel, Grimey’s New & Preloved Music is calling your name.)

“I Believe in Nashville” Murals

You won’t find a more “Nashville” photo op than these murals. Music City native Adrien Saporiti has scattered four of them across town—two in East Nashville and one each in 12 South and Marathon Village—as an extension of his DCVX merch brand.

Whether you’re a casual listener or a die-hard fan of the Man in Black, it’s hard not to be emotionally moved as you walk through this museum dedicated to his life. From his humble beginnings in Arkansas to his groundbreaking Folsom Prison performance to his love affair with June Carter, this is a fully encompassing journey of Cash and his legacy. A tip: Bring tissues for the very last segment of the self-guided tour.

What Nashville lacks in professional sports prowess, it makes up for in state-of-the-art sports facilities. The most recent addition to the lineup is the Sounds’ massive ballpark in Germantown, which boasts an unrivaled view of the field, a guitar-shaped scoreboard, and limitless concessions. The stadium also hosts the city’s soccer club matches and occasional concerts. 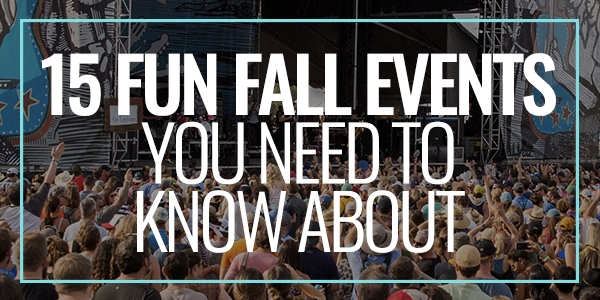