May 6, 2021 | Advertising Disclosure | Our Partners may be mentioned in this article.

Rock’n Dough Pizza & Brewery officially opened in The Nations neighborhood on February 13, 2021. The concept started as a food truck in Memphis, which quickly turned into a popular brick-and-mortar restaurant. Rock’n Dough now has five locations in Tennessee, including its own brewery in Jackson, TN. Guests can expect handcrafted pizzas, pasta, salads, burgers, and craft beer. Nashville Guru got a look inside the newest outpost in The Nations. 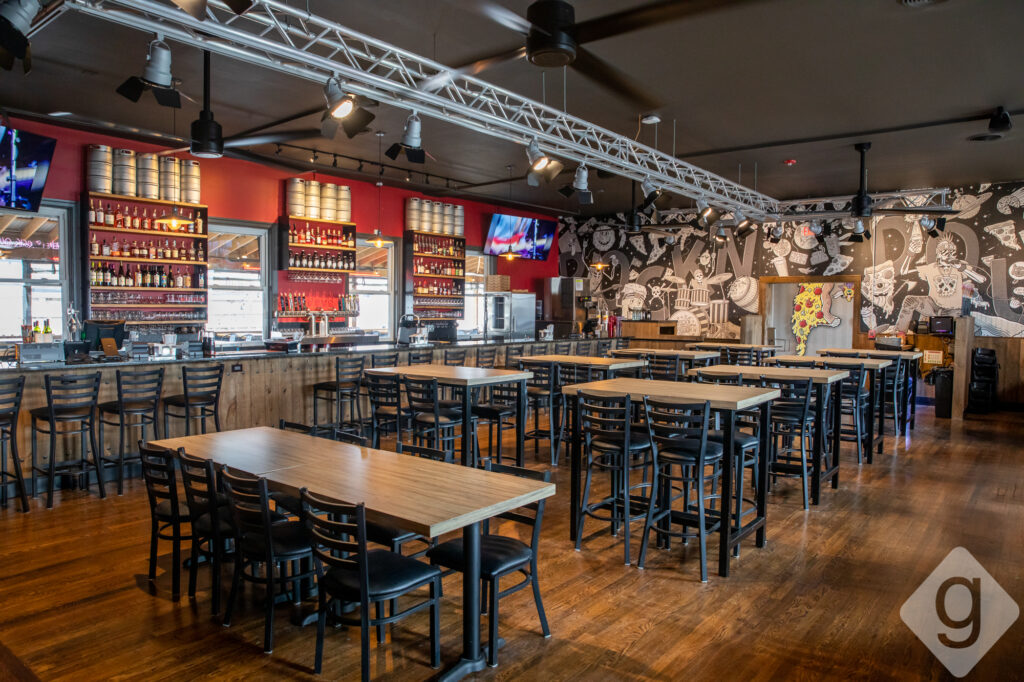 Rock’n Dough took over the space previously occupied by The Original Corner Pub on 51st Avenue. The building was once a church dating back to the 1950s. As the name suggest, there’s a fun rock’n roll vibe throughout. The interior has an open floor plan, a long bar, booths, high-top tables, and an elevated stage area for live music. There are four TVs to watch your favorite teams or music videos from some of the best musicians of all time. 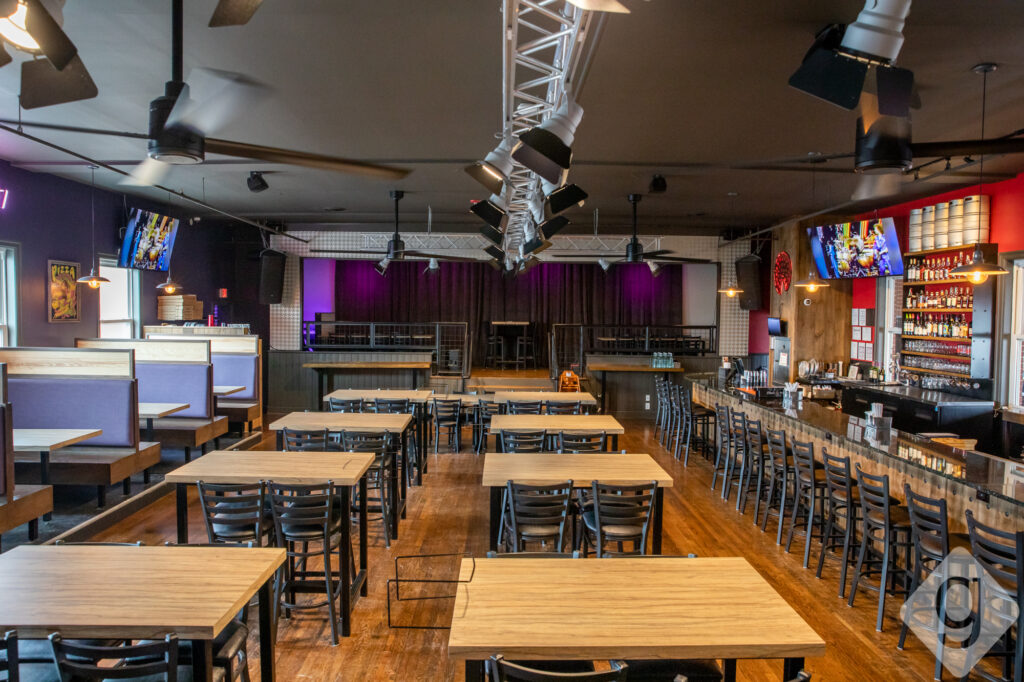 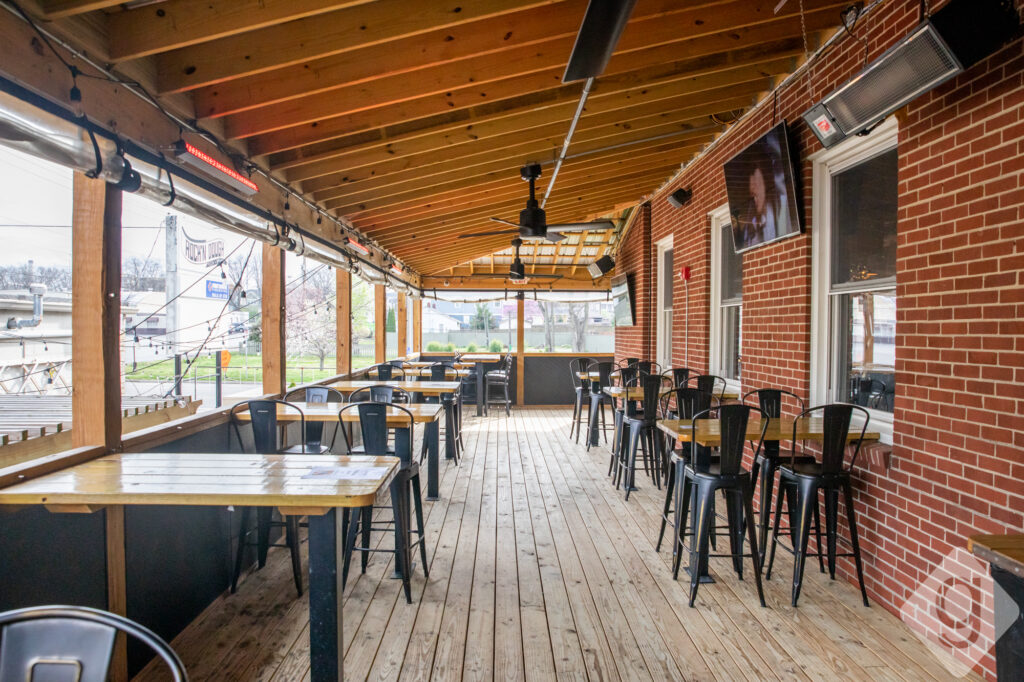 For some fresh air, make your way to one of the outdoor patios. There’s a covered patio on the main level with heaters, fans, and a couple TVs. There’s also a lower patio with picnic tables, string lights, and extra space for large parties that want to stand and mingle. 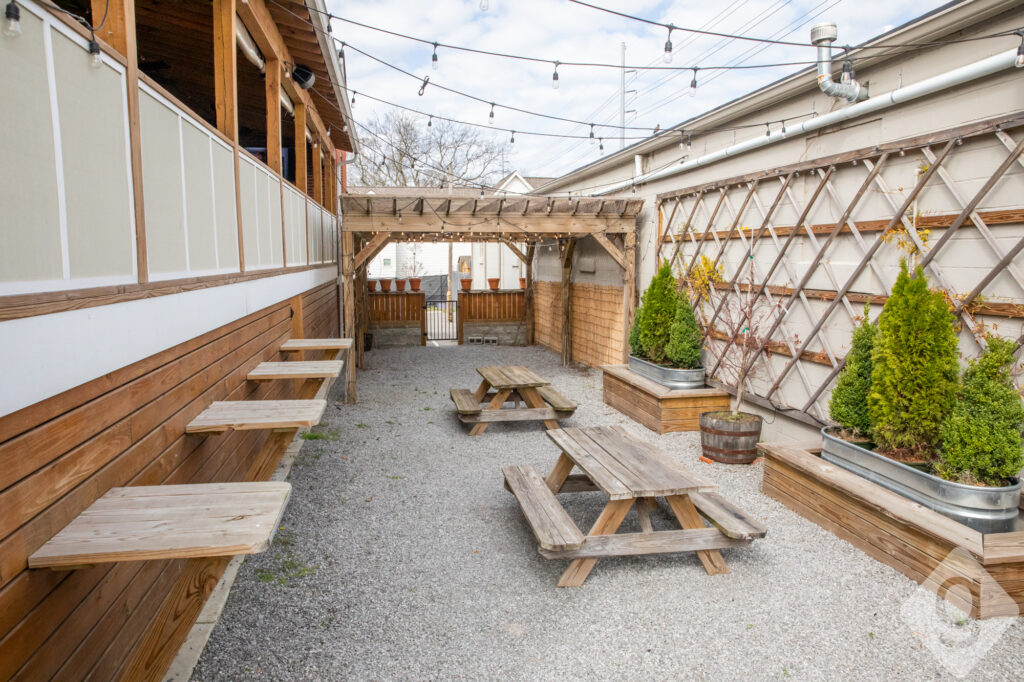 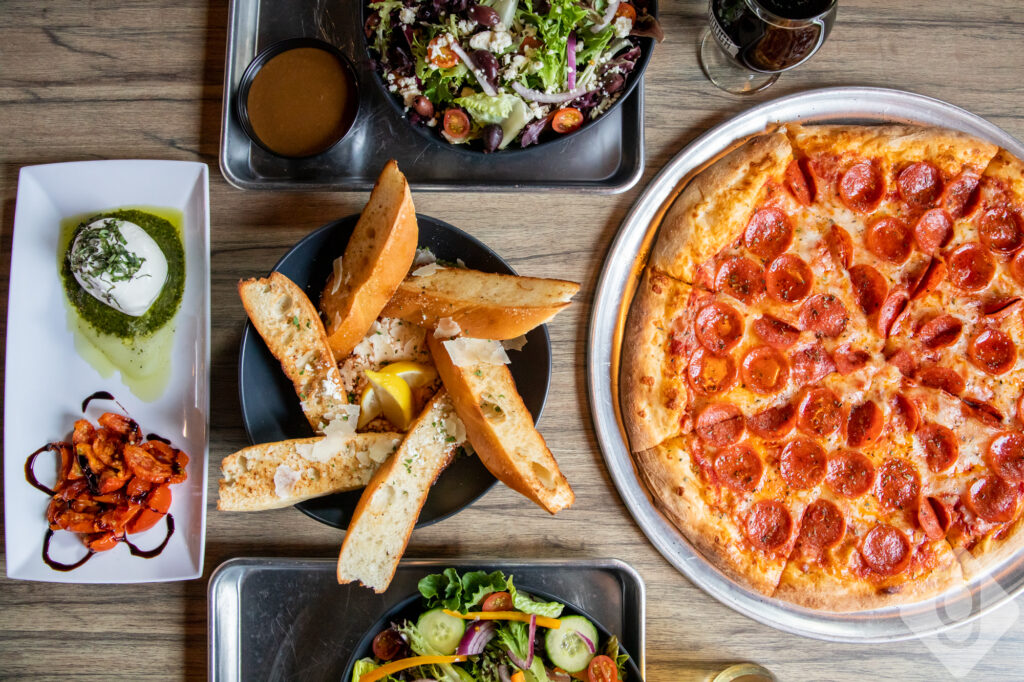 Rock’n Dough’s menu has a wide variety of food options. There are “openers” like the Barrata Caprese and Garlic My App, salads, burgers, grinders, wraps, calzones, and cavatappi pasta. Pizza is clearly the headliner, including red-sauced pizzas, white-sauced pizzas, and pizza by the slice. If you’re feeling adventurous, try The Stallion with beef pepperoni, salami, ham, red onions, tomatoes, black olives, goat cheese, and balsamic reduction, or just keep it simple with The Roni.

Rock’n Dough’s 12+ craft beers take the spotlight on the beverage side, but there’s also a full range of drinks to choose from, including wine, spirits, craft cocktails, sangria, margaritas, and mules. Be sure to get a six-pack of Rock’n Dough canned beer to-go, too. 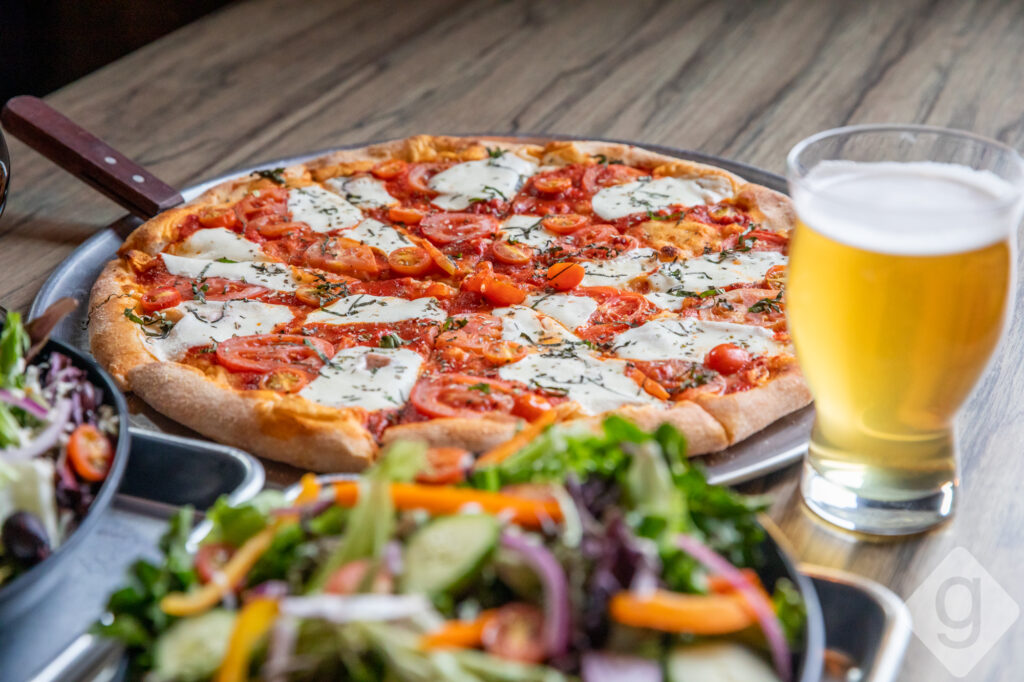 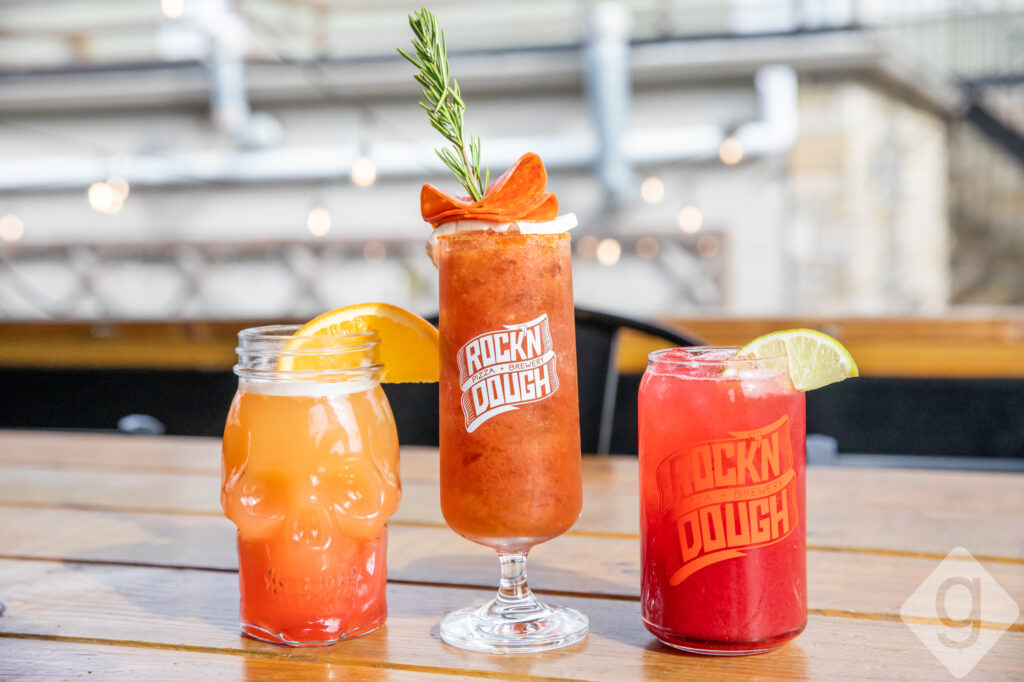 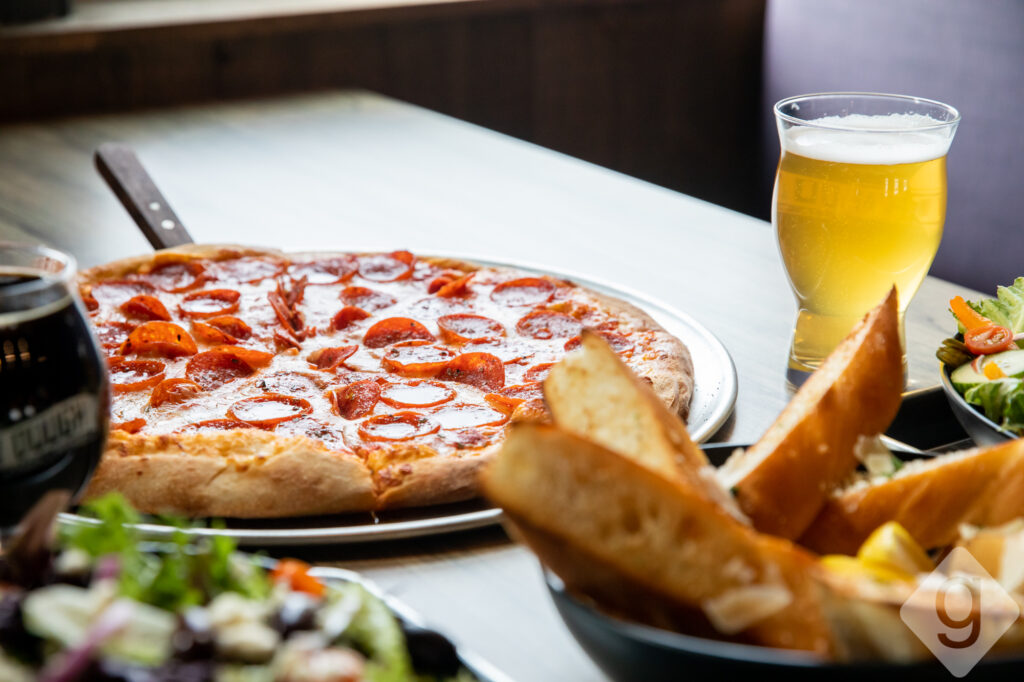 For pizza, beer, and good times, be sure to stop by Rock’n Dough Pizza and Brewery for your next casual outing.