The Best Vegan and Vegetarian Restaurants in Nashville

October 16, 2018 | Advertising Disclosure | Our Sponsors may be mentioned in this article.

No matter what kinds of foods you gravitate toward, it’s hard to resist the veggie-focused restaurants in town. Nashville has made incredibly healthy strides in the past few years, ramping up its number of vegetarian and vegan restaurants as well as the quality (and creativity) of the dishes served. Whether you dabble in vegetarianism, are a fully committed vegan or fall somewhere in between, here’s where to go for a plant-based, meat-free meal.

VEGAN: No meat of any kind (red meat, poultry, seafood) or animal byproducts of any kind (eggs, dairy, honey)

The Best Vegan AND Vegetarian Restaurants in Nashville

When it opened in Charlotte Pike’s OneC1ty complex in 2015, Avo became Nashville’s first fully vegan restaurant. Every morsel on the menu, from the kimchi spring rolls to the raw pad Thai to the avocado margarita, is plant-based and naturally gluten-free. (There’s even a vegan version of the famous boozy bushwacker, made with coconut milk.) Leave room for one of the specialty desserts, which include a chocolate tart and a dairy-free cheesecake.

The Southern V is located off Buchanan Street near Germantown, offering a 100% plant-based, Southern-style menu. With items like fried chick’n, chick’n strips, BBQ jackfruit nachos, and mini ribz, you’d probably think you’re at a Nashville hot chicken joint instead of a vegan eatery. Have no fear, though—everything is made from plants!

Coco Greens is a one-stop feel-good shop. In addition to its cafe, restaurant and market, it houses a wellness center that offers massages, colon hydrotherapy and an infrared sauna. But back to the healthy food: Choose from freshly made juices, sandwiches, salads and other dishes that range from vegetarian to vegan to gluten-free.

What this plant-based bistro and bar lacks in size (it took over Silly Goose’s quaint quarters in East Nashville), it makes up for in menu options. A vegan offshoot of the neighboring Wild Cow, Graze whips up small plates, tempeh sandwiches, inventive salads, veggie burritos, fresh juices and more, plus a killer weekend brunch—try the tofu rancheros.

Grins Vegetarian Cafe is located on the Vanderbilt campus but welcomes anyone craving fresh vegetarian (and certified kosher) fare. Opened over a decade ago by Fido’s Bob Bernstein, this friendly cafe serves breakfast items, paninis and wraps, soups, salads and specials like Indian veggie curry. Note that Grins closes for Jewish holidays and follows Vanderbilt’s schedule for holidays and seasonal breaks.

This isn’t a vegan restaurant you actually go to—rather, it’s plant-based food that comes to you. My Veggie Chef (aka Kristie Holdren) ships out five customizable entrees per week; they’re delivered frozen and serve four. A few recent recipes that have us drooling: a tangy pasta puttanesca, Irish stew with tempeh and root vegetables, and pumpkin polenta with white beans and greens.

Berry Hill’s Sunflower Cafe has been a popular spot for healthy fare since 2012. Most menu items are vegan (exceptions include optional gluten-free bread and cheese), and there’s an emphasis on local ingredients like produce. Known for its gourmet veggie burgers, the cafe also offers tasty wraps, giant salads, rice/quinoa bowls and vegan barbecue.

Vegans with a relentless sweet tooth, this one’s for you. Vegan Vee is a vegan and gluten-free takeout bakery with limited hours—if there’s a line, use the opportunity to strategize your order. The muffins, bagels, doughnuts and cookies will get the job done, but the real magic lies in the daily specials: s’mores cups, maple pecan waffles, blueberry streusel bars, ginger creme pies, matcha green tea “cheesecake” bars and so much more.

The Wild Cow is a health-focused east side hot spot that serves up delicious vegan, vegetarian and gluten-free food. Among its lunch and dinner options are vegan queso, salads, sandwiches, bowls, tacos, wraps, smoothies and wraps. In addition to sourcing many local ingredients, The Wild Cow donates 2.5% of its Thursday sales to its designated local charity of the month.

To the relief of hungry healthy eaters across town, Woodlands recently reopened after eight months of renovations. (At one point, it was reported to be closed for good.) A longtime favorite of those who love vegetarian and/or Indian cuisine, this joint is tucked away in the bottom of the Continental condo building. Word on West End is that the original menu remains mostly intact.

Is there another tasty veggie dish or restaurant in town? Tell us in the comments below! 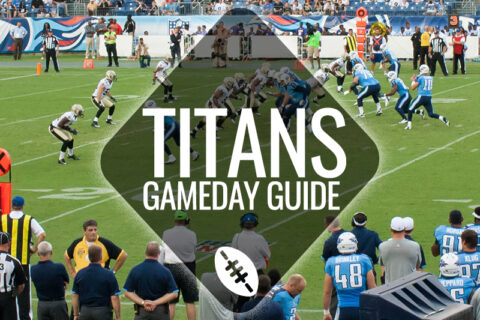 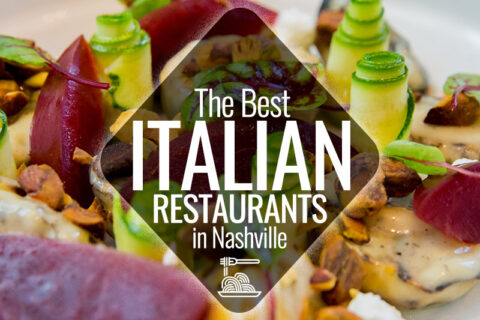 The Best Italian Restaurants in Nashville 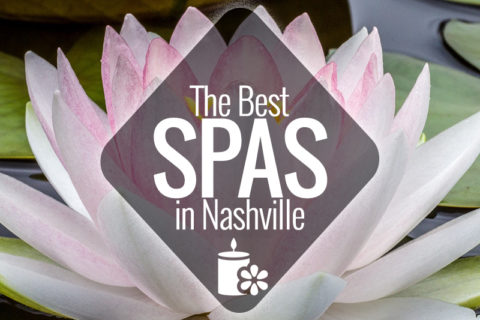 The Best Spas in Nashville 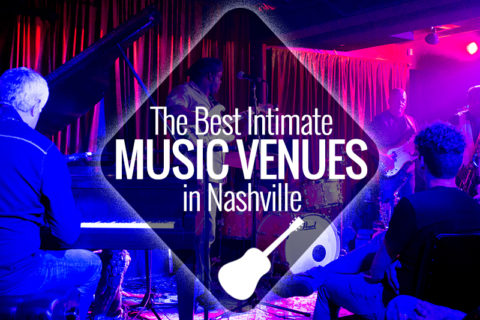 5 Comments on "The Best Vegan and Vegetarian Restaurants in Nashville"

A few of my favorites that didn’t make this list: Quinoa Burger over Kale Salad at Burger Up; Spinach & Gorgonzola Salad with a slice of Veggie Pizza at Five Points Pizza; and a quick, hot vegetarian lunch can be found at Ajora Ethiopian Restaurant in the Arcade.

A few others that I feel are worth mentioning: Jamaicaway has some great vegan dishes. Koko’s ice cream. The Fox Bar and Cocktail Club. The Be-Hive has their Saturday deli, which is amazing. 312 pizza has a vegan menu.

The Southern V should definitely be on this list!

There are a couple of places downtown such as Ole Red and Deacon’s New South that have some wonderful vegan dishes!