February 22, 2018 | Advertising Disclosure | Our Partners may be mentioned in this article.

Country stars are bringing numerous concepts to Lower Broadway this year, including multi-platinum singer/songwriter Dierks Bentley. Dierks Bentley’s Whiskey Row, which has three other locations in Bentley’s home state of Arizona, officially opened in Nashville on Tuesday, January 16, 2018. The concept is spearheaded by Riot Hospitality Group. Nashville Guru got a look inside the renovated space. 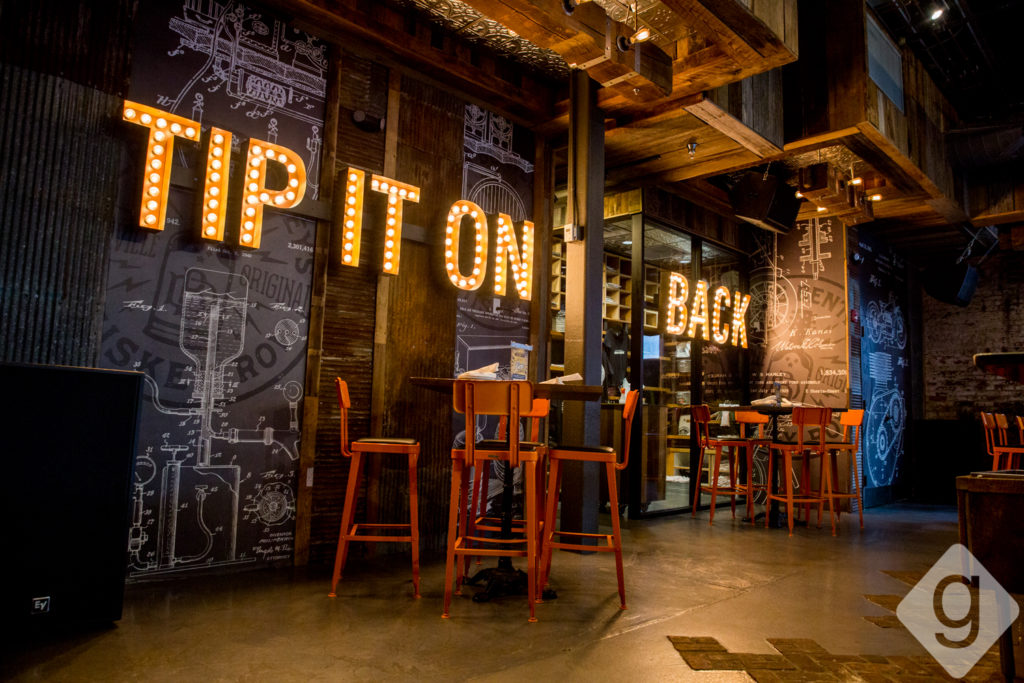 The historic building at the corner of Broadway and 4th Avenue was constructed in the late 1800s, and was previously home of Gruhn’s Guitars. There are three floors, including downtown’s highest rooftop patio. The first floor has two bars, high-top tables and a live music stage. DJs get folks dancing on the second floor, which features high ceilings, a main bar, booth seating, and a special VIP section overlooking the dance floor. The rooftop offers exquisite views of downtown and a close-up of the iconic Batman building. 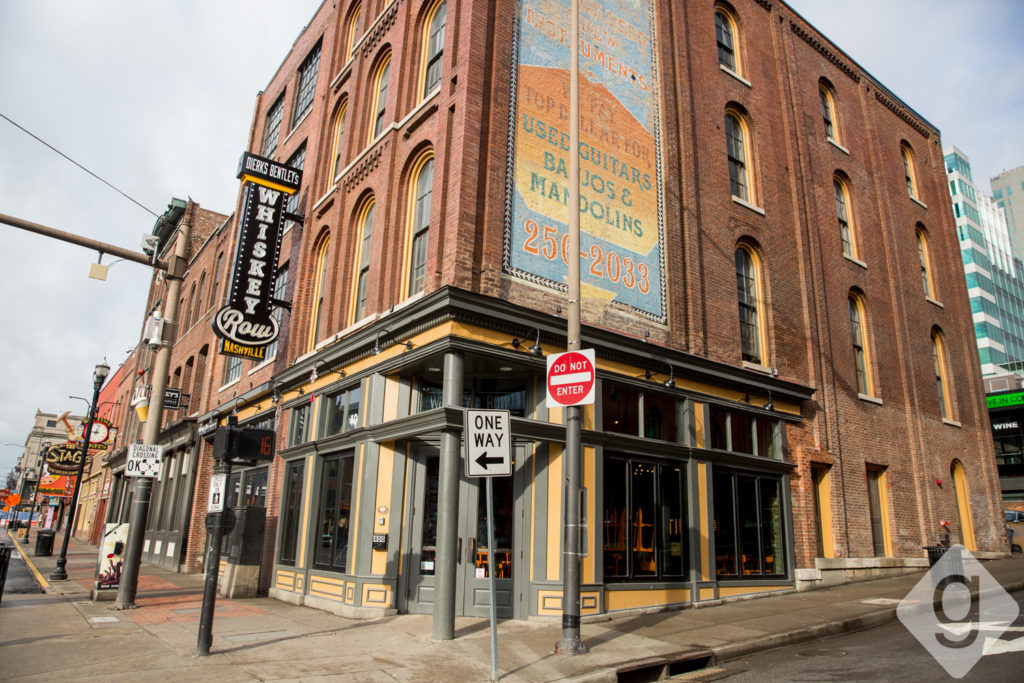 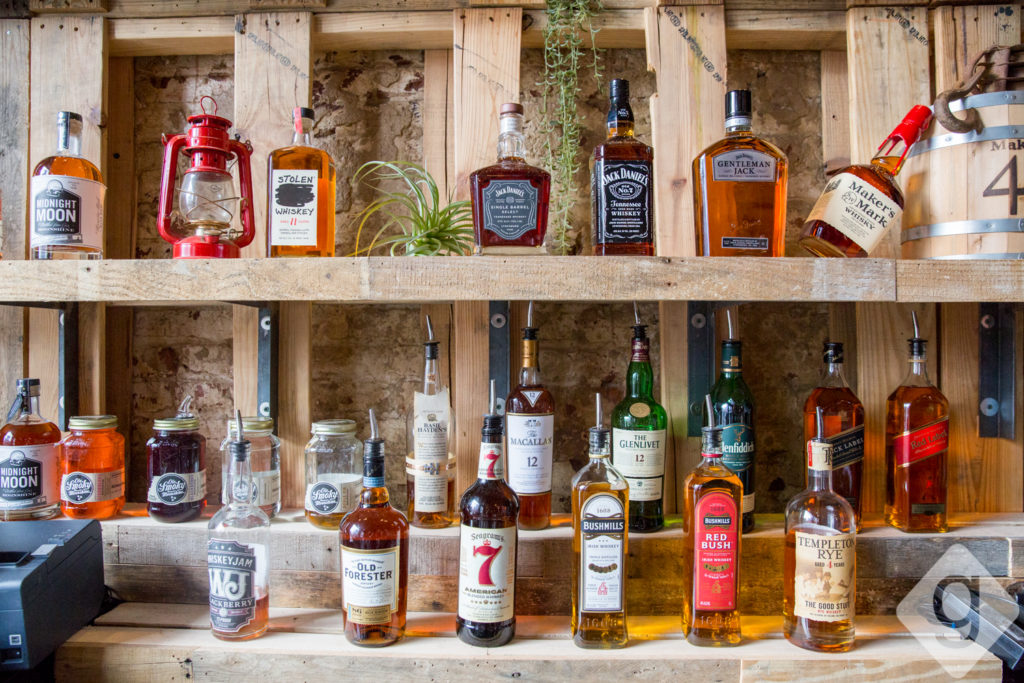 The menu at Dierks Bentley’s Whiskey Row focuses on American gastropub cuisine. Options include approachable starters, sliders, greens, burgers, sandwiches and entrees like chicken & waffles or creole fettuccine. If the weather is nice, weekend brunch on the rooftop is always a fresh option.

The beverage program features a variety of whiskey and wine, craft beer and Dierks-inspired craft cocktails like the Dierks’ Dram, Dierks’ Lemonade and the Dierks’ Marg.

For great views of the city and a fun night out, check out Dierks Bentley’s Whiskey Row. 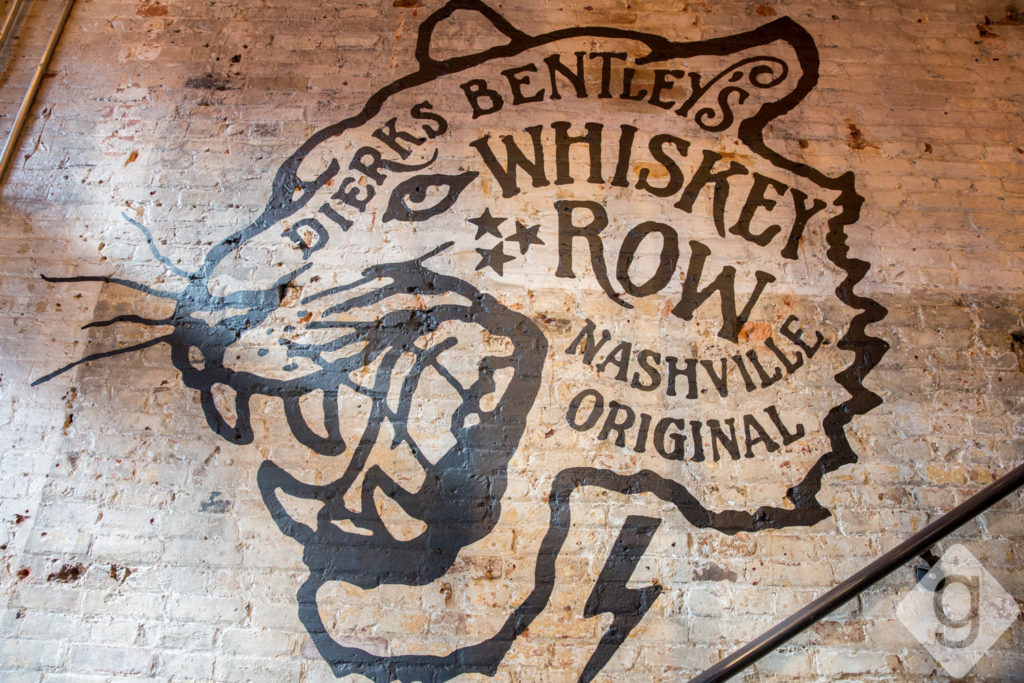 3 Comments on "A Look Inside: Dierks Bentley’s Whiskey Row"

How did you get the outside photo without any folks walking the sidewalk???

10am arrival and patience!