August 4, 2022 | Advertising Disclosure | Our Partners may be mentioned in this article.

Trendy new restaurants are fun while they last, but it takes hard work and commitment (plus the occasional secret recipe) for a place to truly stand the test of time. These local institutions have been operating for nearly three decades or more, meaning you might get a brief history lesson with your order. Here are Nashville’s time-honored, pioneer restaurants, ordered by year of establishment. 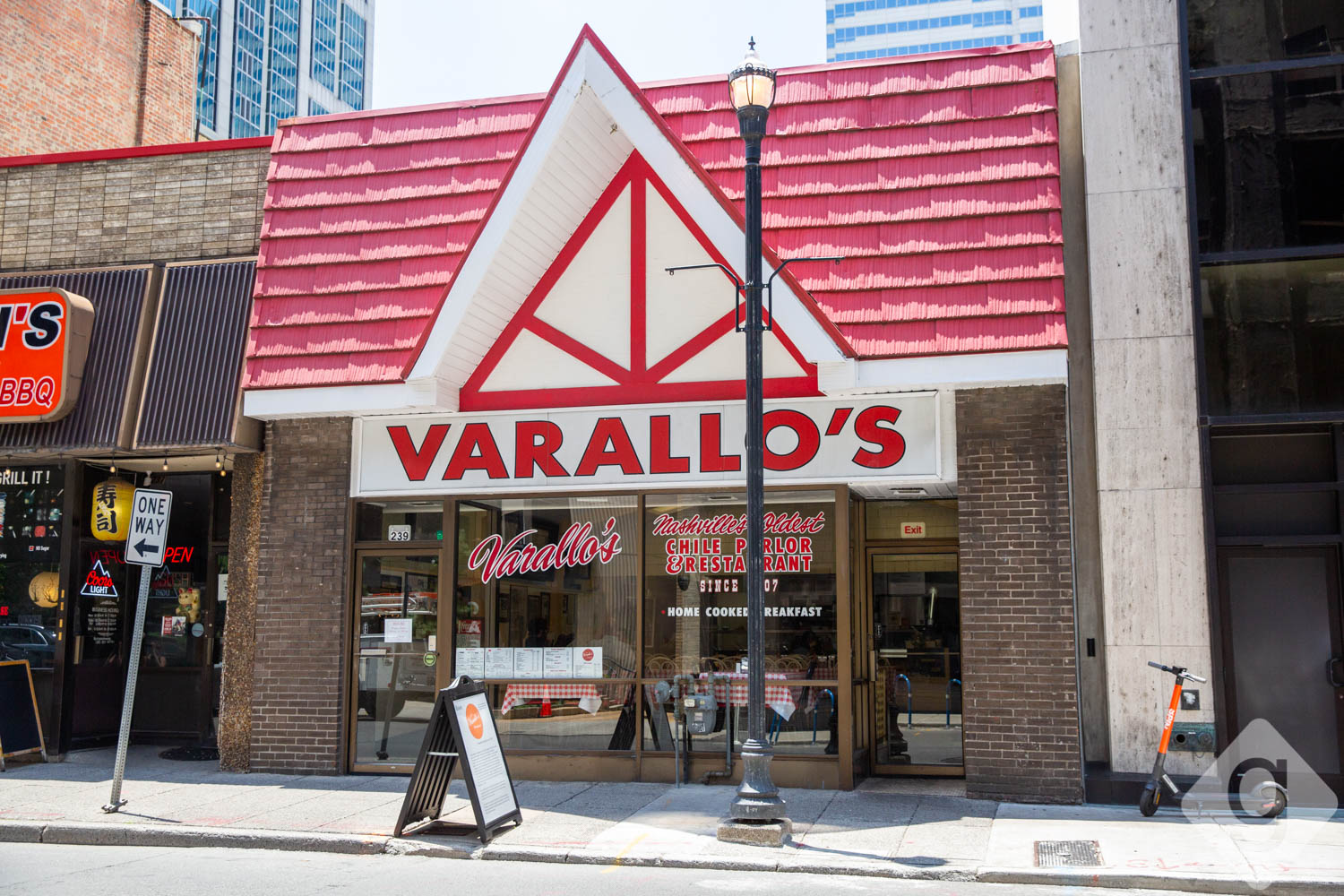 Claiming the title of Nashville’s oldest restaurant, Varallo’s has been serving up its famous “three-way chili”—that’s beans, spaghetti, and tamales—since 1907. According to legend, the original recipe was so hot that you had to be drunk to eat it. Open weekdays for breakfast and lunch, the family-run eatery is a spinoff of its first location on Church Street but continues to be a downtown gathering spot for everyone from elected officials to famous musicians to hungry students. 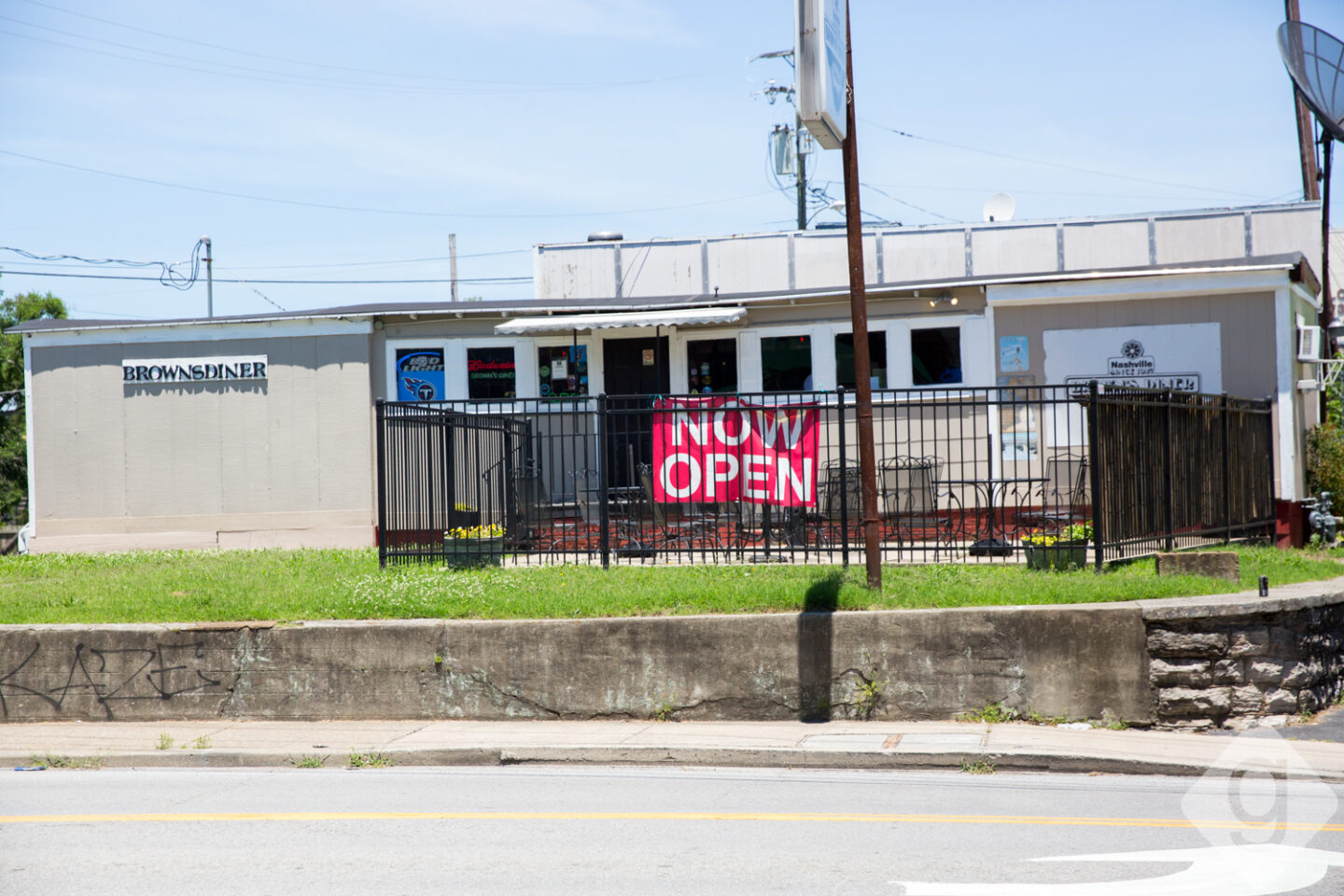 Since starting out nearly a century ago in a mule-drawn trolley car—a precursor to the modern-day food truck—Brown’s Diner has been delivering some of the tastiest and most beloved cheeseburgers in town. The hush puppies aren’t too shabby, either! At this no-frills Nashville institution, you’ll find plenty of locals, a straightforward affordable menu, and the city’s oldest beer license. 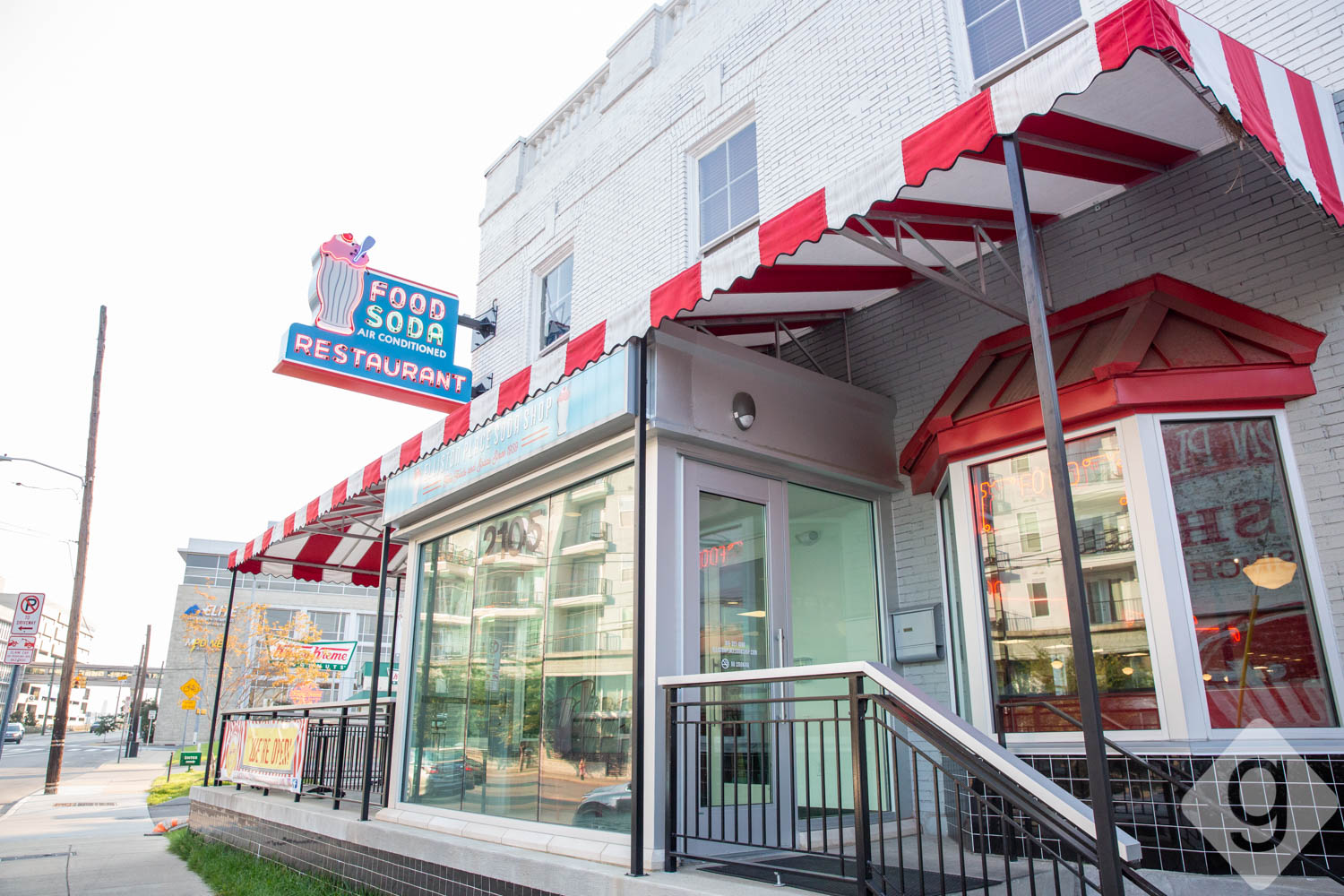 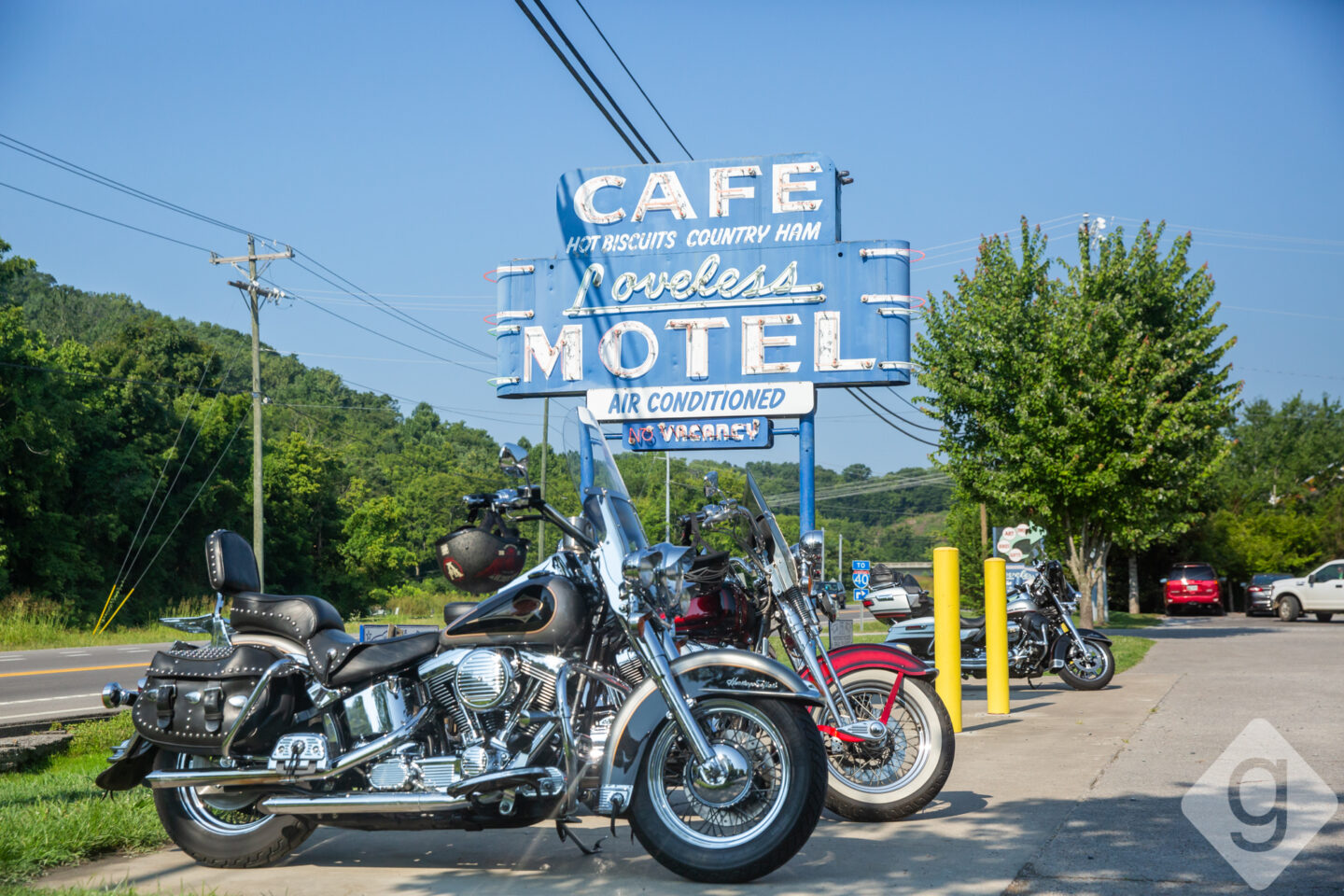 The iconic Loveless Cafe was born when Lon and Annie Loveless began opening their front doors to feed hungry travelers on a lonely stretch of Highway 100. The couple’s homemade Southern dishes—including smoked country ham, fried chicken, and buttermilk biscuits—became so popular that they converted their house into a cozy restaurant and built a 14-room motel so guests could spend the night. Today, more than half a million people visit Loveless Cafe annually, and the team bakes up to 10,000 of their world-famous biscuits daily. 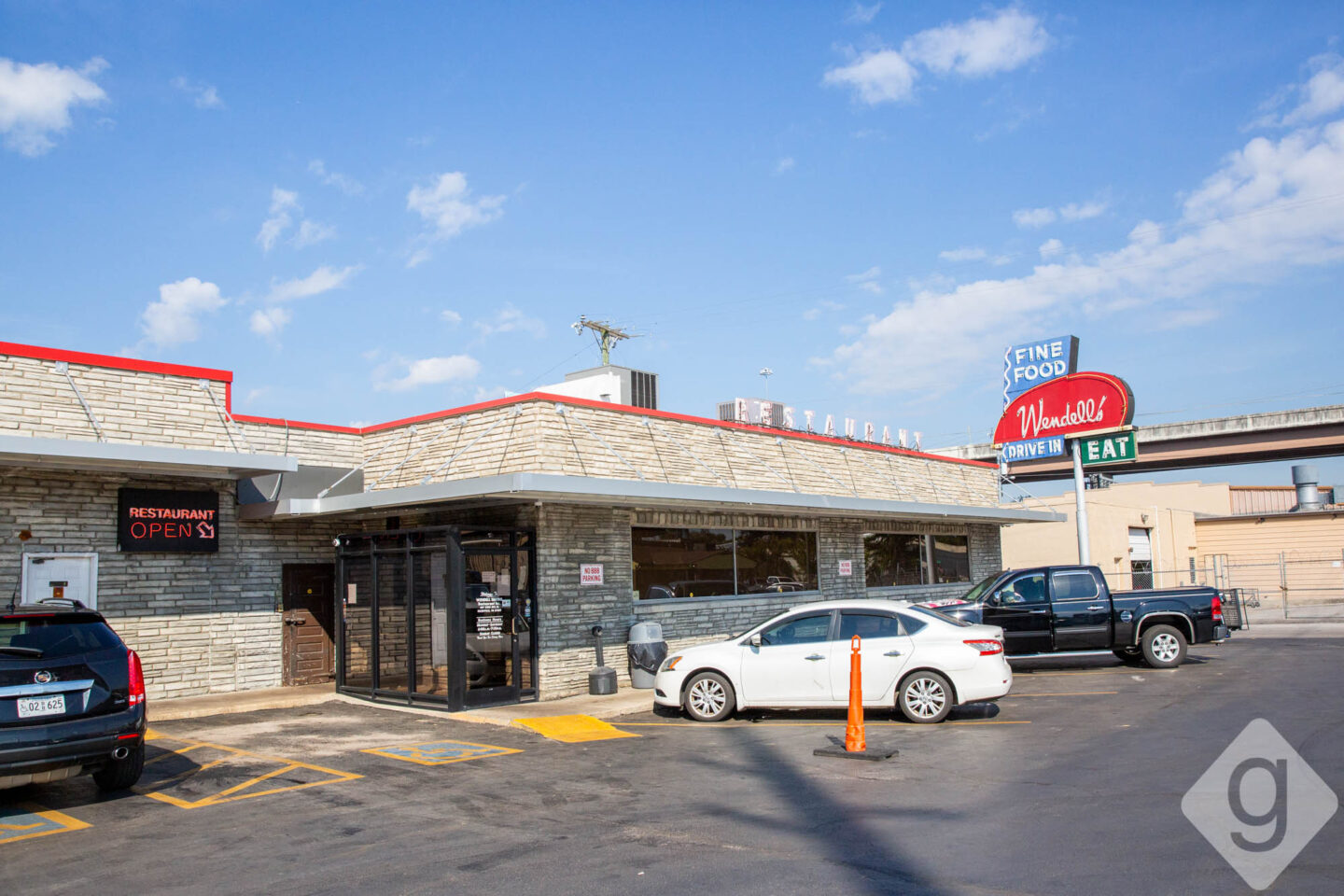 Wendell Smith’s opened in 1952 as a casual spot to grab breakfast, sandwiches, and salads along Charlotte Avenue. More than 60 years later, it’s added meat-and-threes and soul food to its roster and welcomes a melting pot of customers in the drastically diversifying neighborhood. Running the show is founder Wendell Smith Jr.’s grandchildren, with his great-grandchildren already in training to take over the family business. 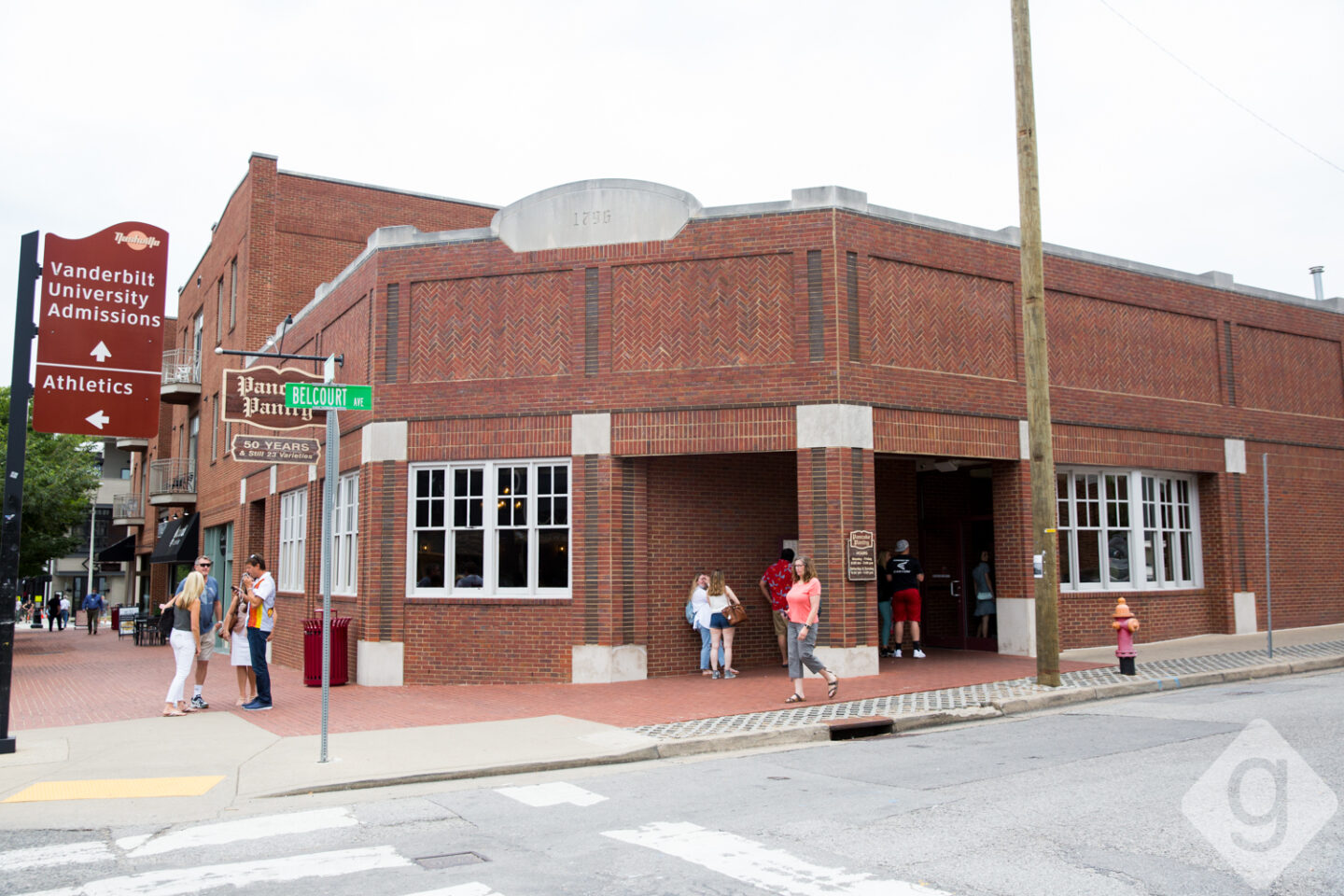 If you’re driving through Hillsboro Village and pass a seemingly endless line of people, they’re not waiting for a concert—they’re waiting for pancakes. For more than 50 years, Pancake Pantry has kept its staff tight-knit (many employees have been there for decades) and its recipes tight-lipped (the batter and syrups are secret family recipes). This eatery also offers burgers, sandwiches, and other non-fluffy items. In 2021 Pancake Pantry opened its second location in Downtown Nashville. 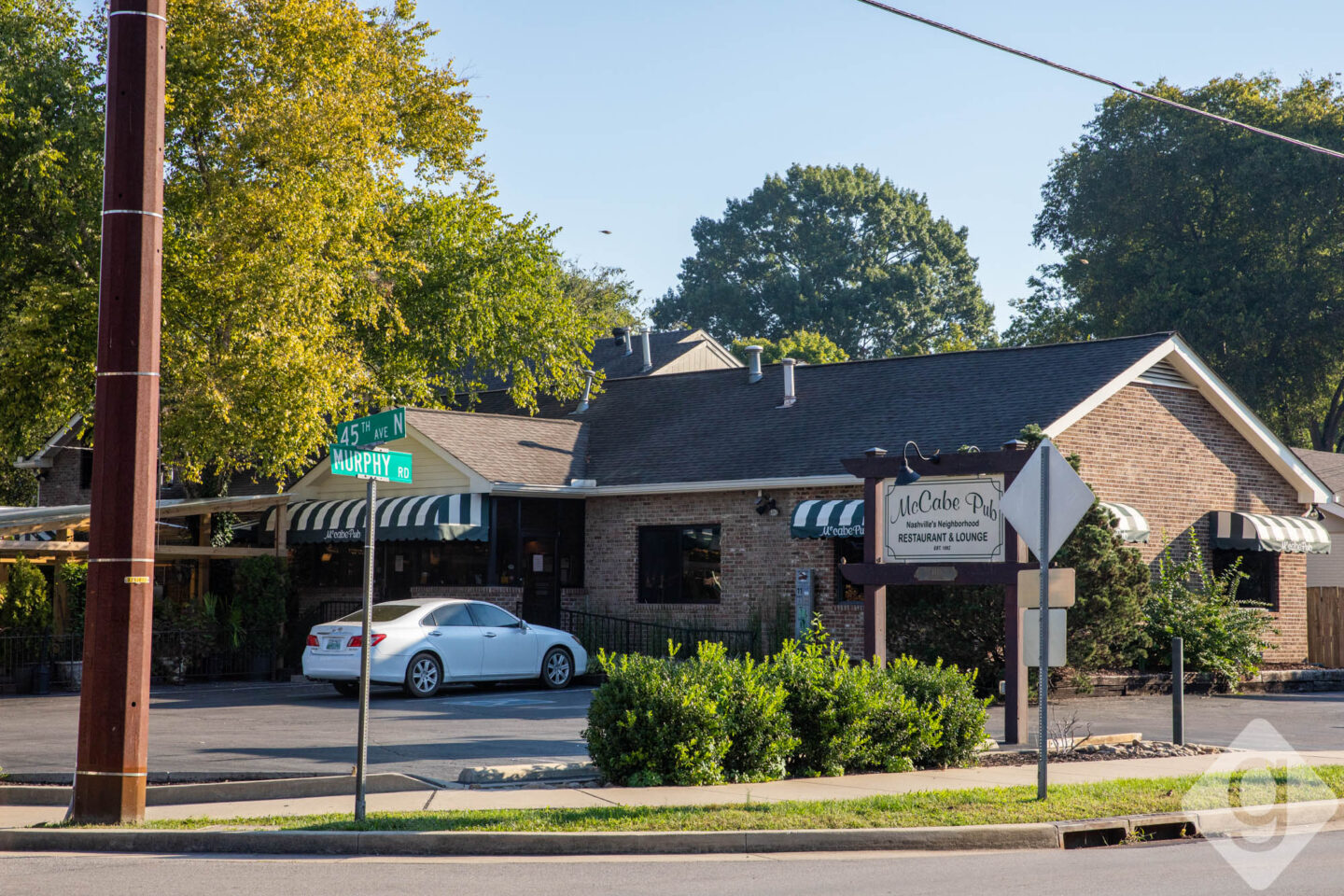 A proudly local establishment that eschews foodie trends, McCabe Pub keeps things simple with its all-American lunch, dinner, drinks, and late-night happy hour menus. A great place to gather for burgers, hand-cut fries, casseroles, or a cocktail, this Sylvan Park eatery is known as both Music City’s original neighborhood bar and the “Cheers” of Nashville. 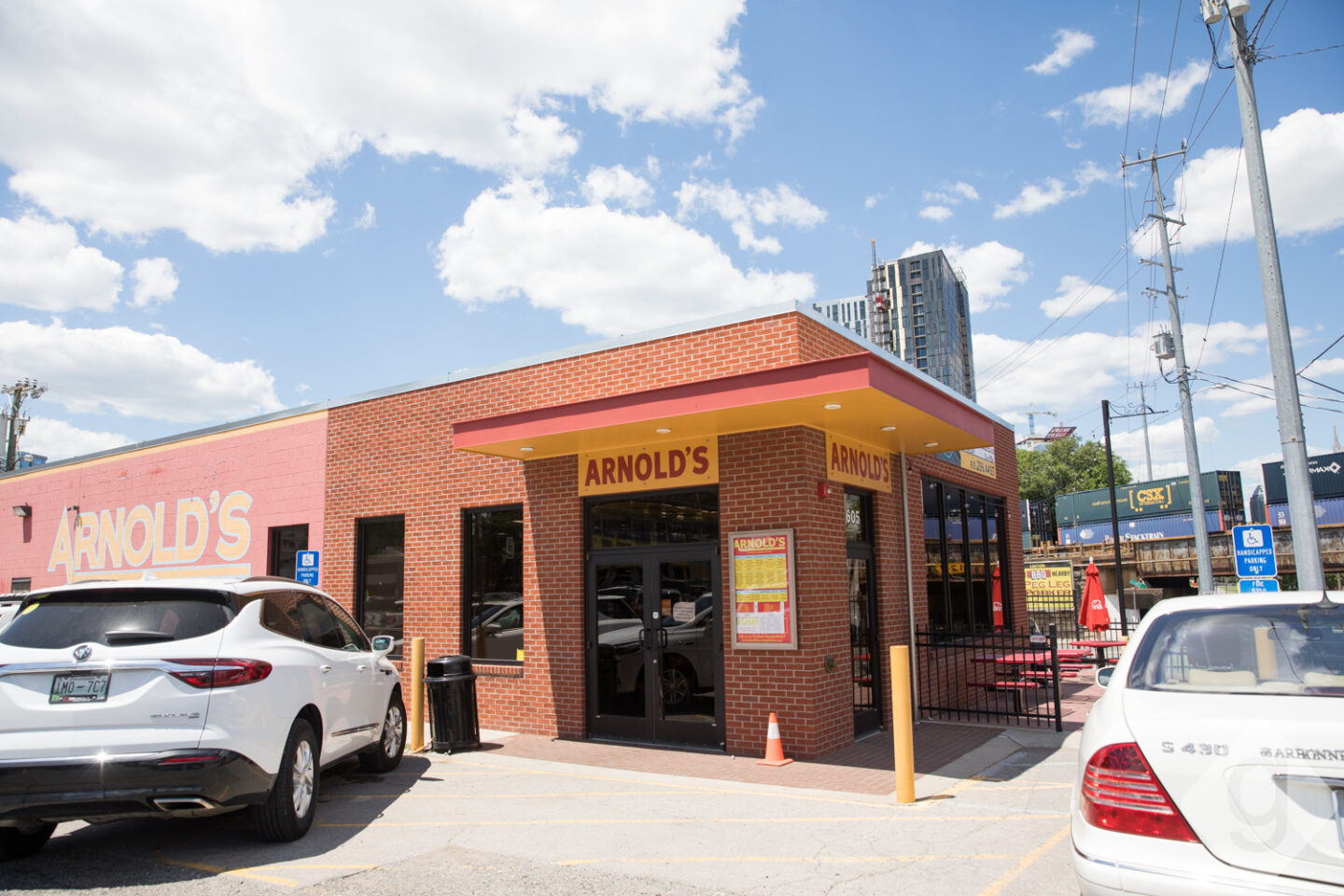 Since opening 40 years ago, Arnold’s Country Kitchen has made a name for itself nationally by earning a prestigious James Beard American Classics Award in 2009 and being featured on Diners, Drive-Ins & Dives in 2010. But at its heart, Arnold’s will always be a low-key mom-and-pop shop, with various family members personally serving up meat-and-threes and sweet tea every weekday. 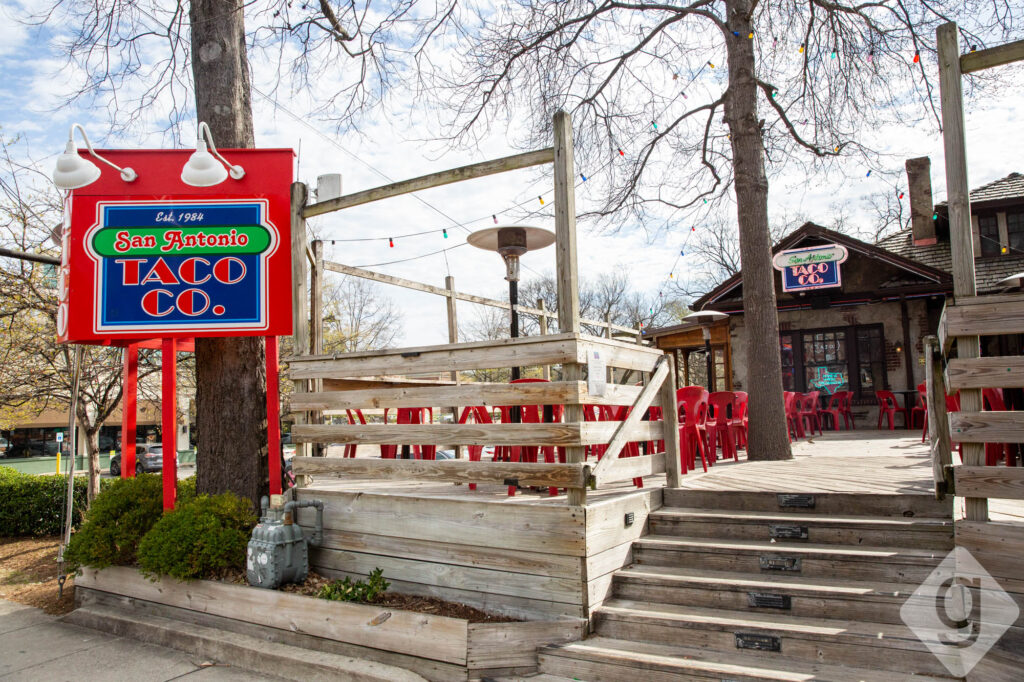 San Antonio Taco Company, established in 1984, was the first Tex-Mex restaurant to open in Music City. This popular taco destination is still situated in its original location on 21st Avenue in Midtown. If you’ve been in Nashville for a while now, there’s a high chance you’ve dined here in-between classes, on a lunch break, or after work with friends and family. It has remained a staple for Vanderbilt University and Belmont University students and alumni. Their famed queso is now available to be shipped to other cities! 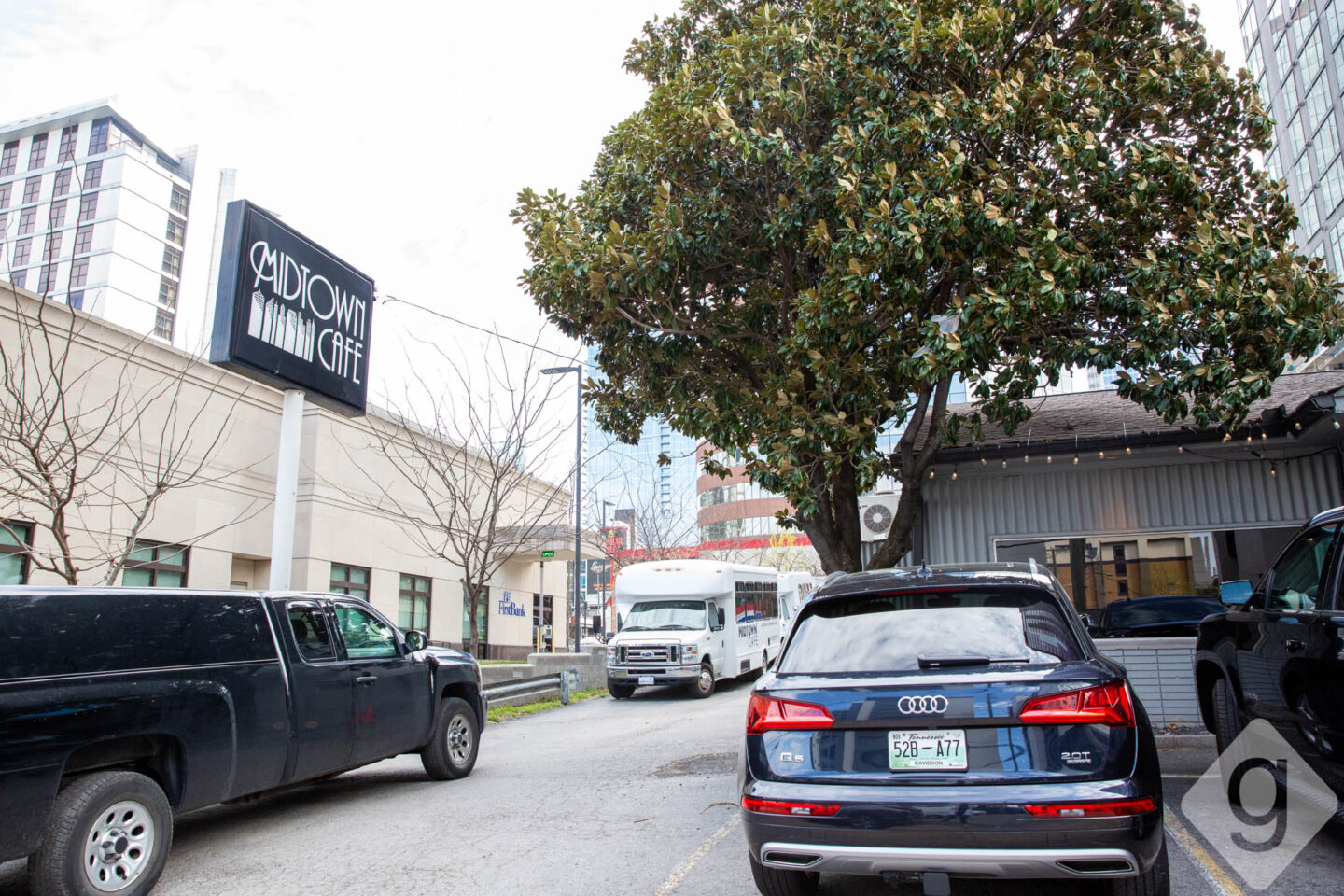 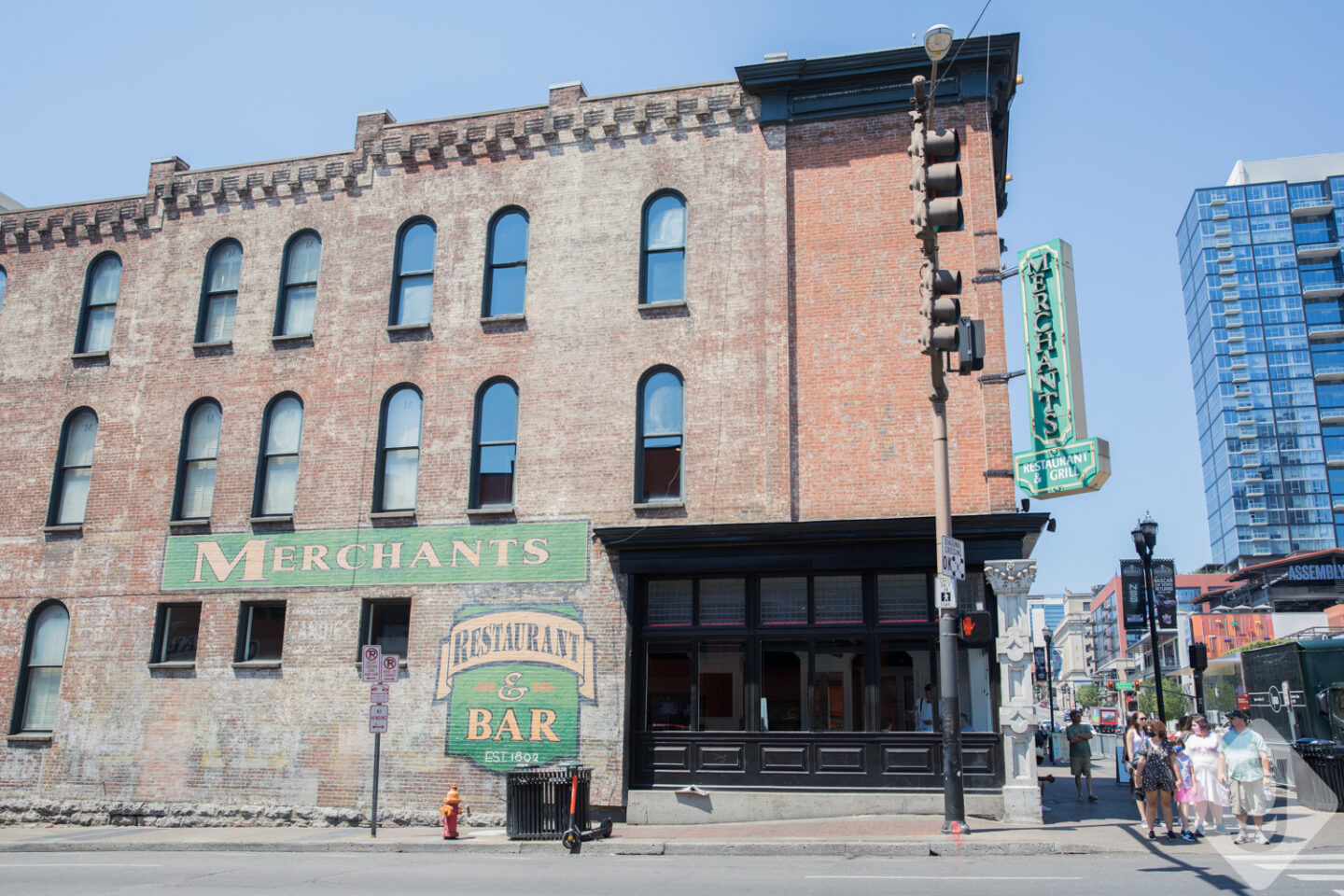 401 Broadway has seen many iterations since its beginnings in 1892 including a multi-use commercial space, a hotel that hosted musical legends like Hank Williams and Patsy Cline, a Prohibition-era speakeasy, and a rowdy honky-tonk. It finally settled as a restaurant in 1988 and, after hitting rough times, was purchased and reimagined by Strategic Hospitality’s Ben and Max Goldberg in 2010. Today, Merchants houses a first-floor casual bistro and serves finer fare on the second floor.

1984. This is the date the San Antonio Taco Company began on 21st Avenue. It was the first Tex-Mex restaurant in the city and featured one of if not the first outdoor patio. Clearly one of the most desirable, the outdoor seating remains a sought location during all seasons with the shade of its large tree, cool misting or outdoor heaters. Still at its original location, SATCO remains a staple for Vanderbilt and Belmont students as well as generations of Nashvillians who have spent many a lunch, dinner or a bucket of beer there. It remains a “must” destination for alumni who return to Nashville and parents regularly request packaging of the famed queso to ship or deliver to their college students in other cities. Sorry for your obvious oversight.

Hi Leigh, thank you for bringing this to our attention. Not sure how this was overlooked! It has been added to the list.

I commented on this article and you failed to post. It was not overly negative. Shame on your lack of transparency.

Hi Leigh, we have posted your comment. We have hundreds of comments, emails, and messages to go through each week. We apologize for the delay!