May 10, 2015 | Advertising Disclosure | Our Partners may be mentioned in this article. 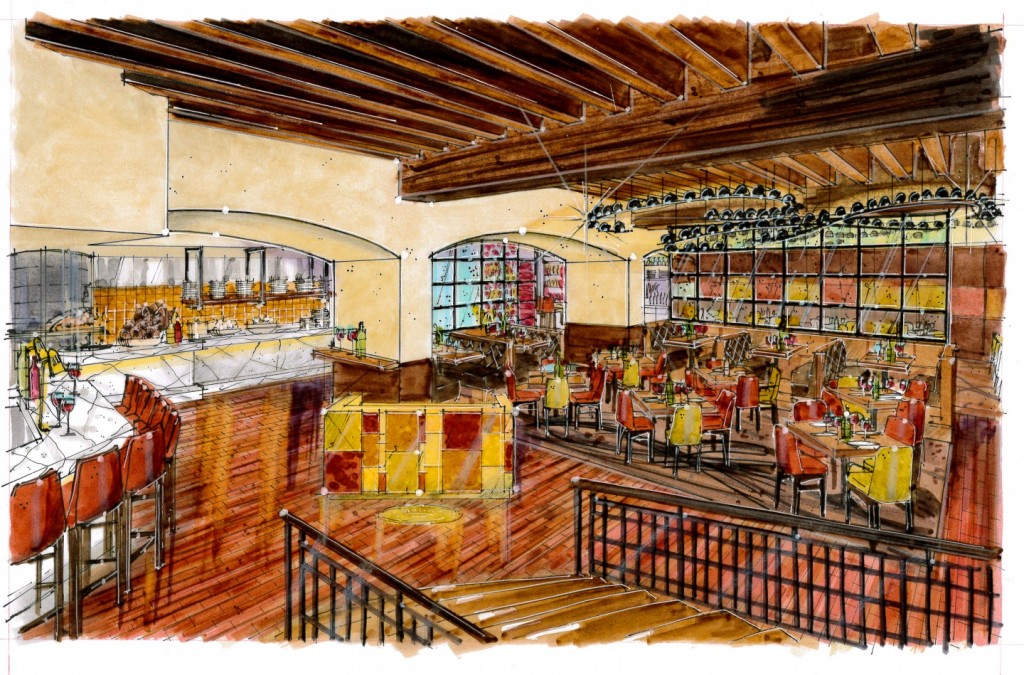 Nashville is now home to the fourth Trattoria Il Mulino, a casual chic Italian restaurant created by Il Mulino New York. Trattoria Il Mulino also has locations in New York, Orlando and Atlantic City. The Nashville eatery softly opened its doors for dinner on Wednesday, March 18, 2015. With its prime location in the Hilton Nashville Downtown on 5th Avenue, we expect this to be a favorite restaurant for Downtown goers.

Under the direction of Executive Chef Michele Mazza and Chef Thomas Cook, Trattoria Il Mulino serves traditional Italian cuisine from the Abruzzi region of Italy. The menu selection is huge and is sure to satiate almost any palate. Menu items include salads, starters, traditional pastas, brick oven pizza, and a variety of meats like veal, chicken and fish. There’s even a gluten-free, vegan penne pasta. The drink menu includes a nice assortment of bottled beer, draft beer, and specialty cocktails.

Trattoria Il Mulino is still in its soft opening phase, so full hours won’t be in full-swing until April. During the month of March you can experience Trattoria Il Mulino during dinner hours only, which are Sunday through Thursday 5pm to 10pm and Friday and Saturday from 5pm to 11pm.