The Happiest of Hangout Music Festival

October 10, 2014 | Advertising Disclosure | Our Partners may be mentioned in this article.

What makes people happy? Try combining white sandy beaches, radiant weather, energetic bands, and a lot of big beach balls. We got a glimpse of some of the happiest people, moments, and artists at Hangout Music Fest 2014 in Gulf Shores, AL. We’ve summed it all up below in the “Happiest of Hangout.” Also, make sure to check out the band photos in the 2014 Artist Photo Gallery, including Outkast, The Black Keys, Amos Lee, and many more.

If you aren’t familiar with Hangout Fest, see the Hangout Music Fest Guide, which provides tips on where to stay, what to wear, and what to expect. The easy trip from Nashville makes Hangout Music Fest a top vacation option for music lovers. It’s a great way to fuse your festival fix and your beach bummin’ in one swoop.

It’s good to see people choose their outfits wisely. These guys were all about spreading some happiness via their attire (or lack thereof) and good vibes. If you were at Hangout Fest, you probably got a high five from at least one of these guys. 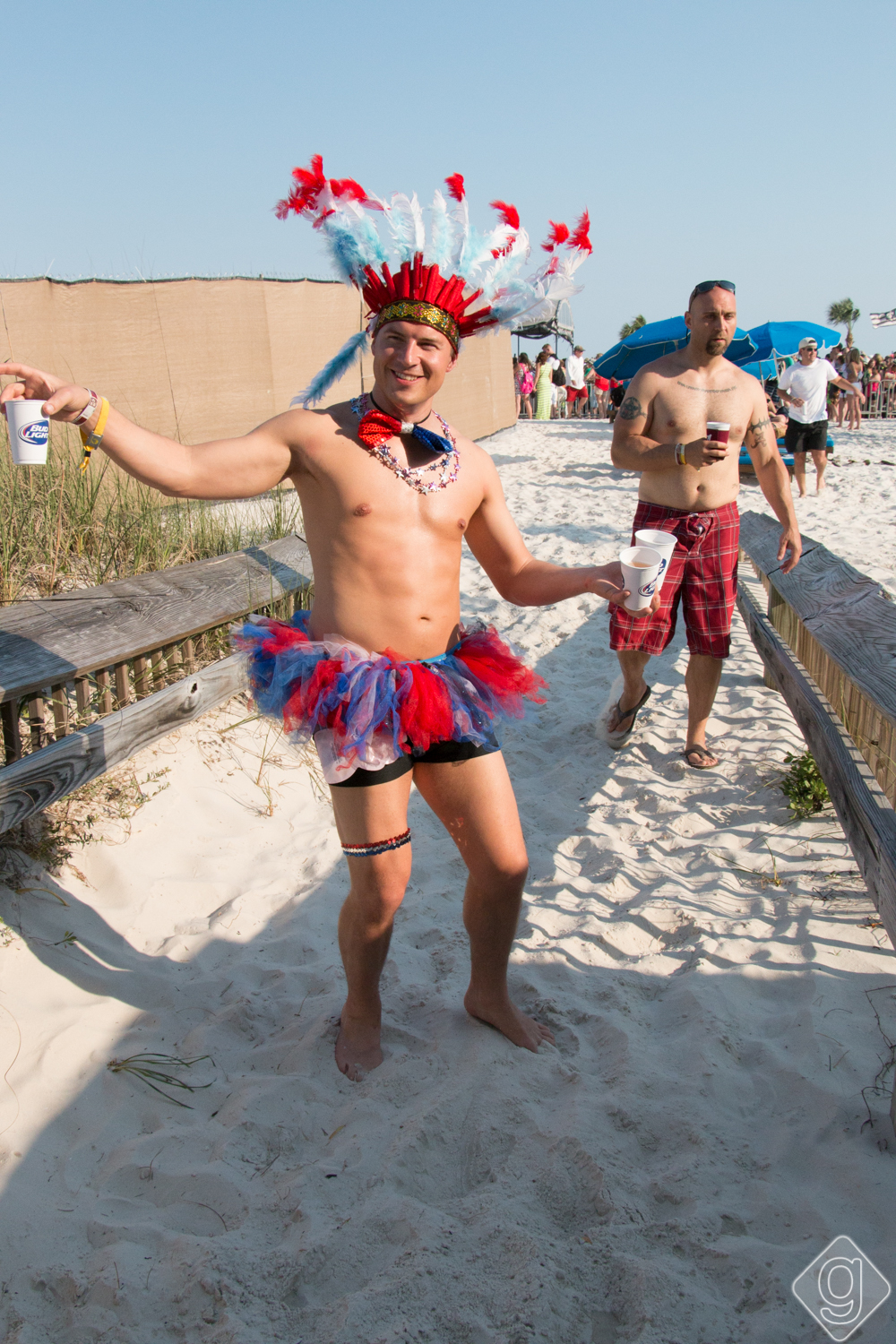 This year the beach balls were out of control (in a good way). MTV’s massive ball was a hit, often causing a friendly volleyball war between General Admission and VIP. Floats were also treated as beach balls, bouncing their way through the crowd. The takeaway: smile and keep your eye on the ball. 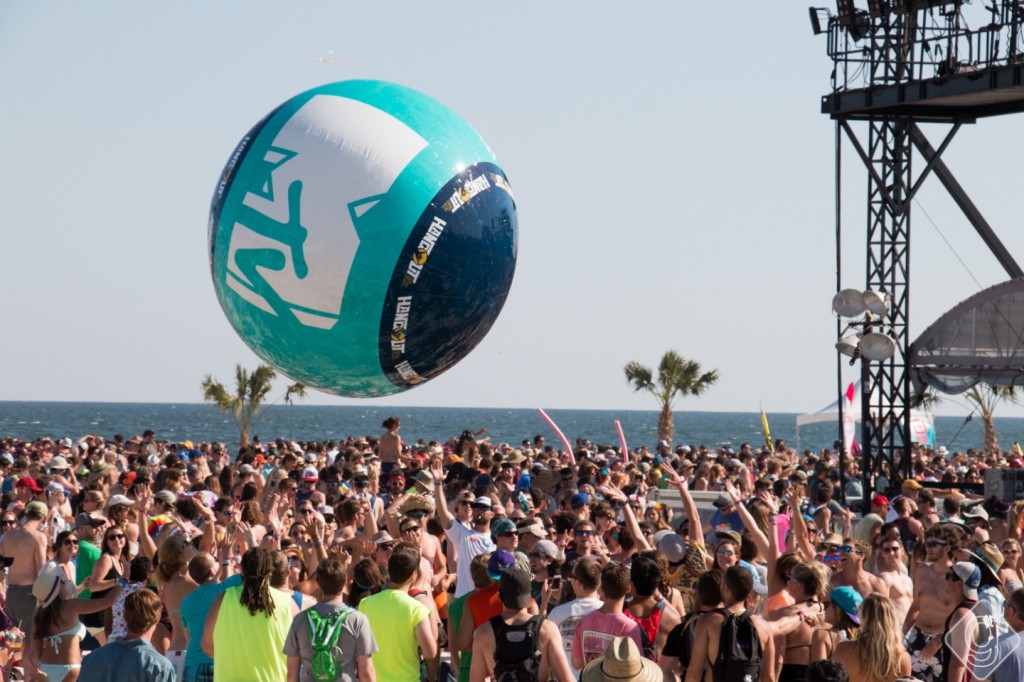 Smiles are contagious, and these artists made for a happy crowd. Matt and Kim, Amos Lee, Allen Stone, and Jack Johnson maintained smiles throughout their sets, making them the happiest artists of Hangout 2014. It was also Jack Johnson’s birthday, so maybe the numerous times the fans sang “happy birthday” helped keep a smile on his face.

Pictured below are Kim (of Matt and Kim), Amos Lee, Allen Stone, and Jack Johnson. 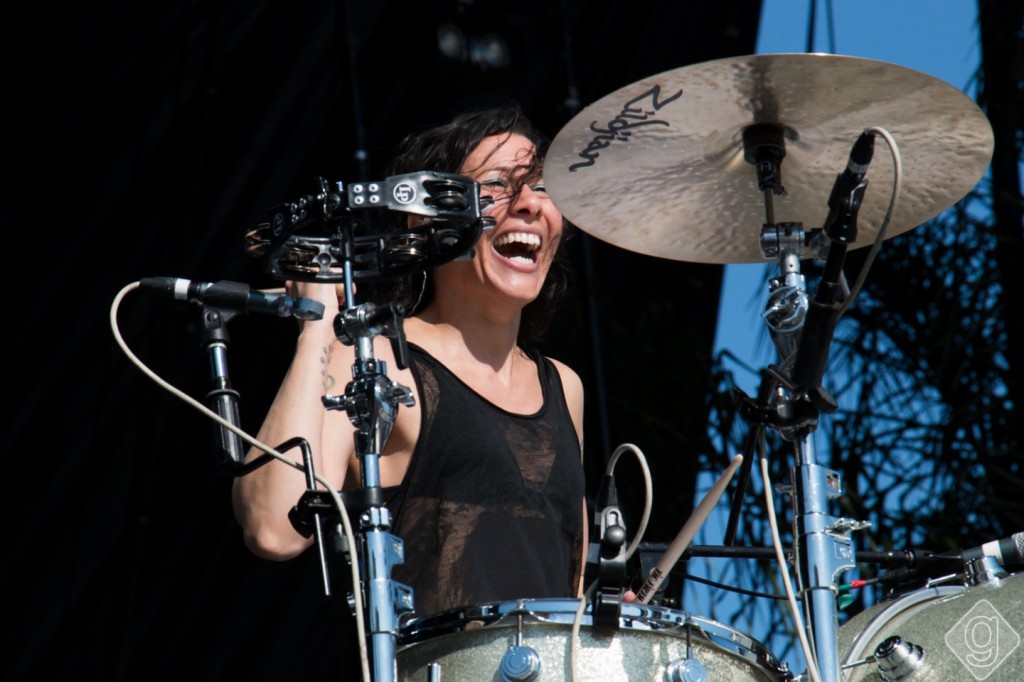 SEE MORE ARTIST PHOTOS IN THE:

Crowd-surfing and getting on shoulders are two things security guards frown upon. When Matt and Kim told everyone to crowd surf and get on shoulders during their set, it was the happiest moments of rebellion for concert-goers. Kim even joined in on the crowd-surfing fun. Portugal The Man also made sure to include float crowd-riding during their set. 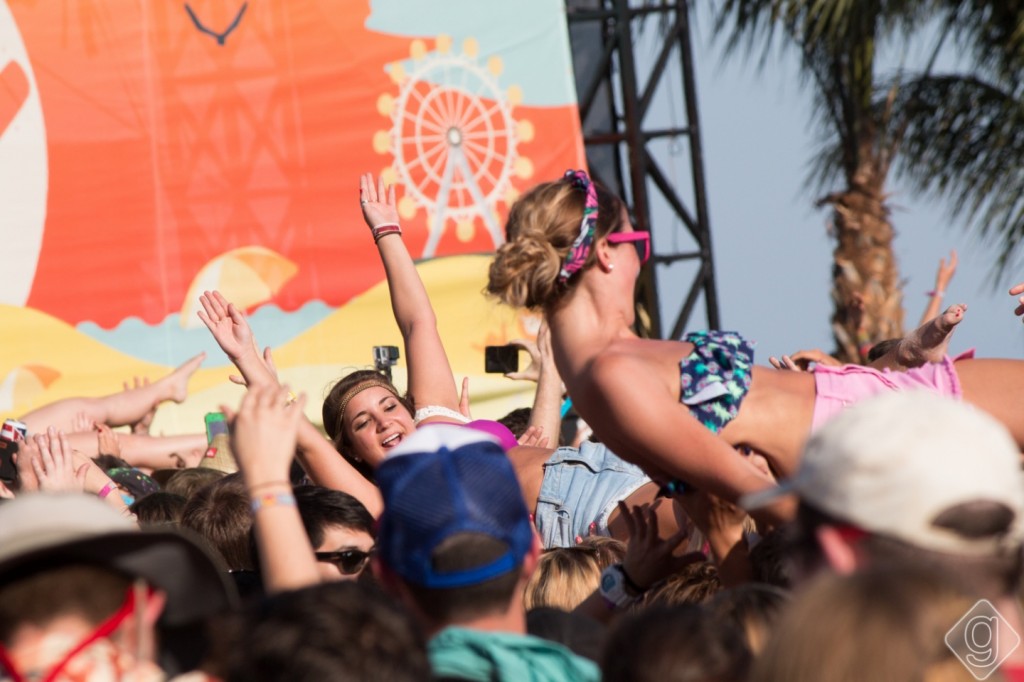 We have to give credit to these performers for bringing out some interesting and hilarious accessories. We definitely cracked some smiles when we saw the large coffee cup and red wine in 90-degree heat, not to mention the polka-dotted socks and super-short shorts.

Pictured below are The 1975, Zach Gill (Jack Johnson), Capital Cities, and Portugal The Man. 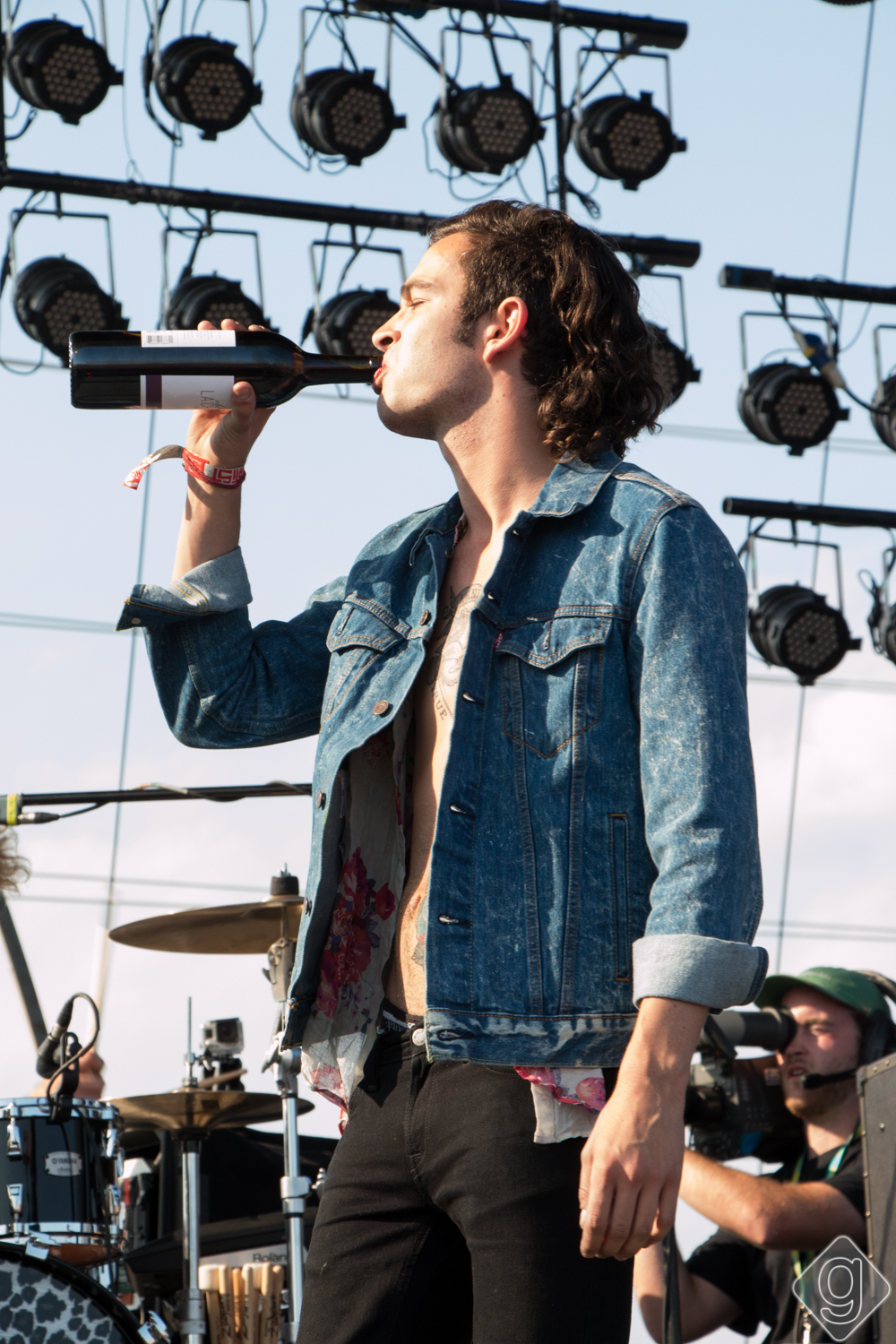 These are some of the happiest faces we saw during Hangout. The “I’m So Happy” sign speaks for itself. We have to give a shout-out to the lady holding the “Go Be It” balloon — she knew every word to The Avett Brothers’ tunes, and was easily one of the happiest fans. 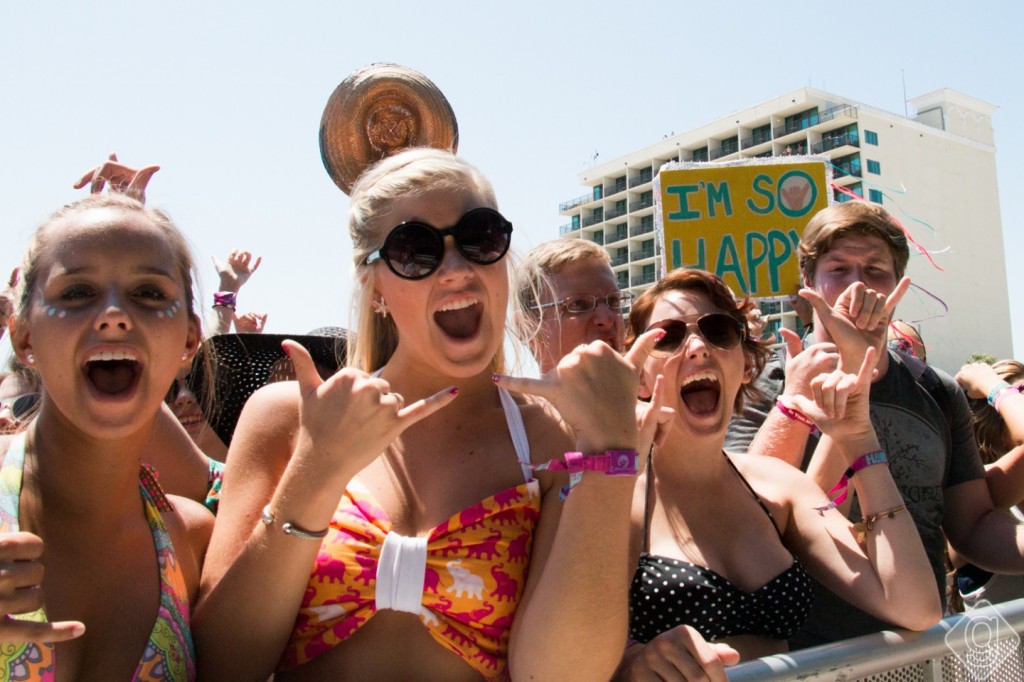 From the VIP pool to the free rides with Chevy to the on-site Hangout restaurant, these Hangout-only perks really make this festival easy to enjoy. Happiness is super-easy to find in the VIP pool or VIP hammocks. And if you stayed too far away from the festival like we did, grabbing one of the “Catch a Chevy” cars for a free ride is pure bliss. 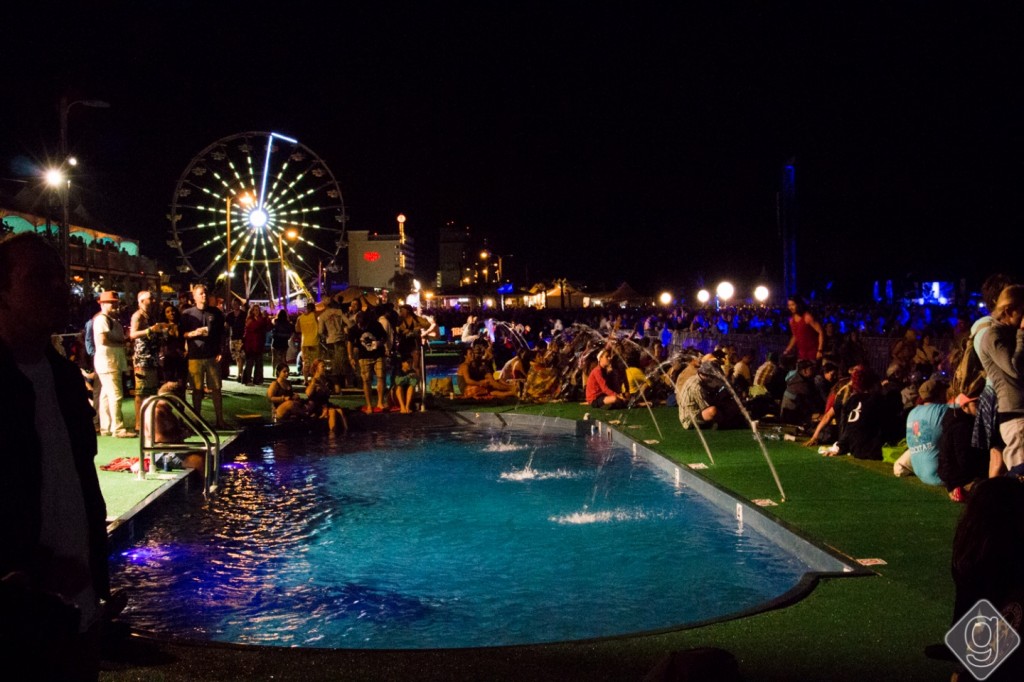 We are so glad Nashville is so tightly intertwined with music, because it gives us the amazing opportunity to follow music wherever it goes and report it back to you. There are a lot of Nashvillians on stage, backstage, and in the crowd, so we are always happy to spot a Nashvillian representin’ outside of Music City. We caught a few people wearing t-shirts from some of our favorite places — Yazoo, Corsair, and Corner Music. 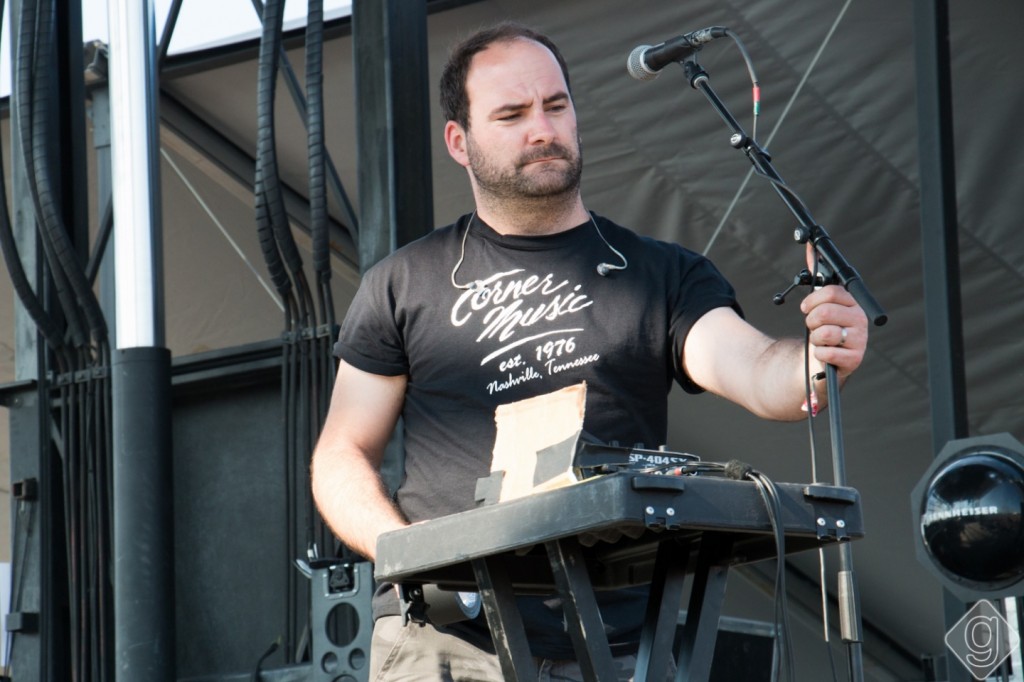 It was another year of fun in the sun. Let us know your favorite memories from Hangout Fest in the comments below! 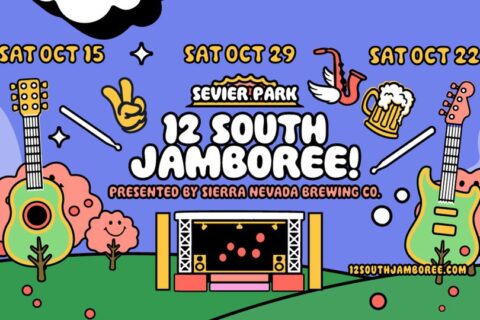 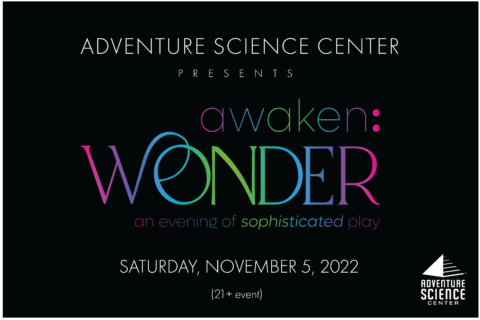 awaken: Wonder | An Evening of Sophisticated ... 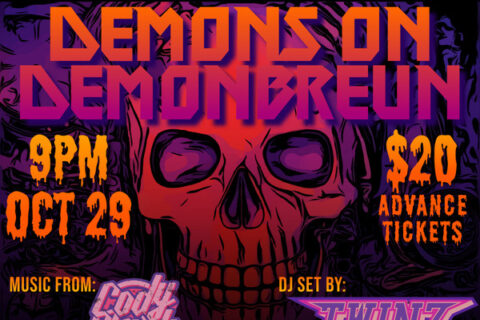 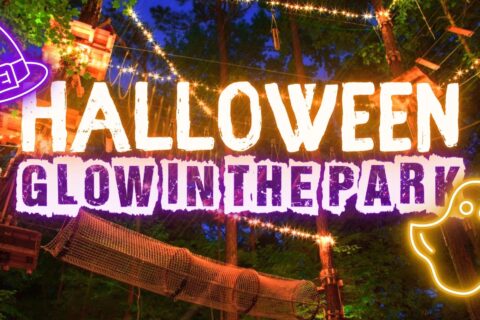 Halloween Glow in the Park 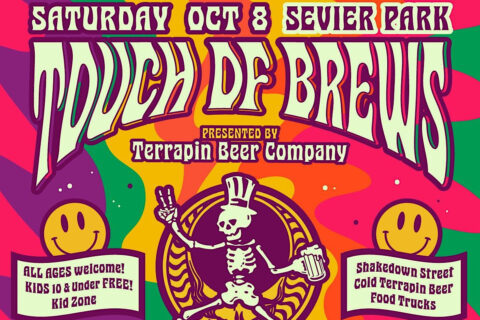 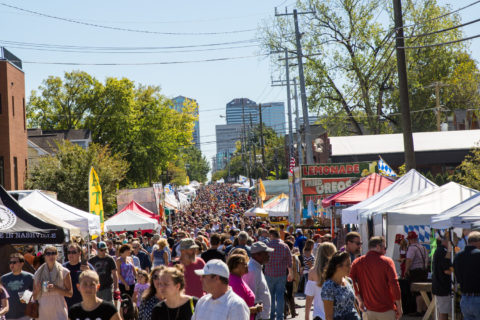 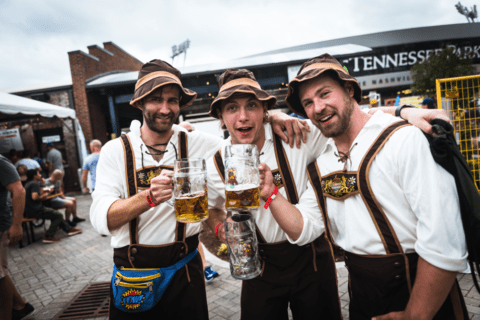 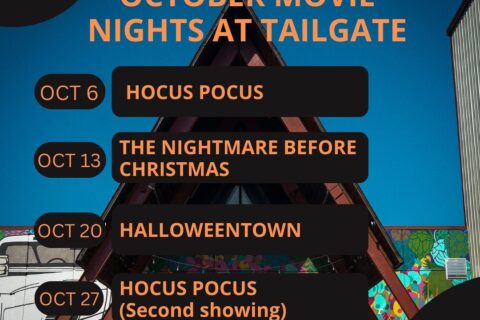 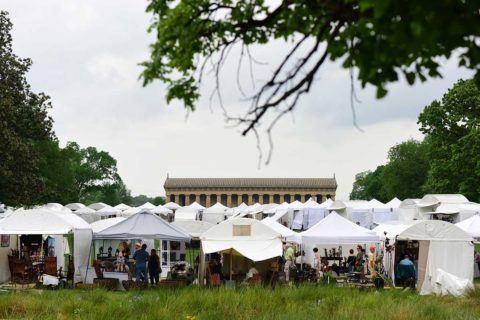 One Comment on "The Happiest of Hangout Music Festival"

THANK YOU SO MUCH!! I am the girl you captured crowd surfing in the pink shorts and sunglasses. My friends didn’t get a picture of it and I have been so bummed to not have photography evidence of this! It has been on my bucket list forever and which better way to mark it off my list than at Matt & Kim?! I am a Western Kentucky graduate so that makes it even more special that a Nashville website captured the moment for me! Thanks guys!