August 16, 2022 | Advertising Disclosure | Our Partners may be mentioned in this article.

Nashville may be known for music, but it’s also full of startups and well-established craft breweries. As beer lovers quickly learn, every brewery has its own unique offerings—some have just a taproom with light snacks while others have a full kitchen and restaurant. Below you’ll find some of Nashville’s best breweries!

Bearded Iris Brewing, located in Germantown and Sylvan Park, has an electric and fun atmosphere. Both locations have large bars, a variety of comfortable seating options, and great outdoor patios. These taprooms are kid-friendly.

TailGate Beer has four locations in town, and you’re guaranteed to have a good time at them all. The Headquarters taproom, on Charlotte Pike, offers 30 house-brewed beers, gourmet pizza, and beer-centric events. Over on Music Row, you’ll find a massive patio and stage, more than 50 taps, and the biggest soccer fans around. If you find yourself on the east side make sure to swing by the East Nashville taproom which is home to TailGate’s wild fermentation and barrel programs. Lastly, TailGate recently opened a Germantown location right by First Horizon Park.

Tennessee Brew Works, located in SoBro, prioritizes both the local community and eco-friendly brewing methods. Their two-story taproom is one of the best in town, with a ton of inside and outdoor space on each level. You can see the production of the brew through huge glass walls inside the taproom. Unlike most breweries in Nashville, Tennessee Brew Works has a full-time culinary team serving lunch and dinner.

New Heights Brewing, located in SoBro, is the brainchild of head brewer Jeff Fountain, who got a taste of the industry while working as a brewer at San Diego’s Mission Brewery. This small craft brewery is known for its delicious barrel-aged stout and friendly staff.

East Nashville Beer Works, located in East Nashville, has a family-friendly beer garden and patio where you can enjoy smooth brews and play darts. Their food menu is fairly extensive, with a variety of appetizers, pizzas, salads, and desserts.

Fat Bottom Brewing, located in The Nations, features a full taproom and outdoor beer garden, collectively known as The HopYard. The HopYard is a family-friendly and dog-friendly destination that has everyone’s favorite outdoor game, cornhole.

Honky Tonk Brewing Company, located in MetroCenter in North Nashville, actively supports (and gets inspiration from) the local live music scene. Stop in and try cold brews like the Hazefest IPA and Blueberry Lemonade Sour.

Jackalope Brewing Company, located in Wedgewood-Houston, is one of the leading beer brands in Nashville, with their creative brews served all over town. The taproom offers over 10 year-round, small-batch, and seasonal brews with food trucks throughout the week.

Smith & Lentz Brewing Company, located in East Nashville, was launched by Kurt Smith and Adler Lentz. The family-friendly and dog-friendly brewery feature a taproom, beer garden, and patio. If you like a good IPA or German Pils, this brewery is a must-try.

Blackstone Brewing Company, located in the West End neighborhood, is Nashville’s first craft brewery. The taproom, called The Taphouse, offers 16 beers on tap and has a food truck—known as the B-Stone Bus—that serves up favorites from the brewpub.

Southern Grist Brewing Company has two taprooms located in East Nashville and The Nations. Both locations are family-friendly, have great atmospheres, and serve fresh brews. Stop by their East Nashville location and check out their new food concept Lauter.

Black Abbey Brewing Company, located in Berry Hill, has a taproom called Fellowship Hall, that is designed to look like a chapter house at a monastery and serves up a wide array of Belgian-style beers. Sit around with friends (and make new ones) while enjoying a pint.

Czann’s Brewing Company, now located in The Nations, keeps the crowd favorites on tap but also features seasonal brews throughout the year. Their new taproom is a great spot to come hang out and enjoy a curated selection of fresh brews. Their staff is known to be super friendly and knowledgeable.

Harding House Brewing Co., located in The Nations, is a taproom-focused, hyper-local (which we love) brewery. Stop in to try a variety of brews ranging from the Plum Saison to the Radiance: Blackberry Sour.

Monday Night Brewing, an Atlanta-based brewery, has a full-service taproom called Monday Night Preservation Co. in Germantown. This taproom is situated in the Neuhoff Development which is a reinvented meat-packing facility serving as a mixed-use waterfront development. Guests can expect over 24 draft beers and an expansive outdoor patio. Aside from beer, the menu features Narwater, their craft hard seltzer, cocktails, wine, and snacks—so there’s a little something for everyone.

Fait la Force Brewing, situated in Wedgewood-Houston, appeals to all types of craft beer drinkers. Whether you’re looking for a new hangout spot with friends or want to enjoy a beer solo, this brewery is a must-try. Have kids? Bring them! This kid-friendly space features a small menu of delicious pizzas from its neighbors at IL Forno—you can bring your own food too. Pets are welcome on the deck.

Diskin Cider, located in Wedgewood-Houston, is a hard cider company that bridges the gap between wine and beer with its fresh and flavorful sweet cider. They have a handful of monthly events, offer a seasonal food menu, and private venue rentals. The 8,000 square foot warehouse space includes their tasting room, event space, outdoor patio, and full in-house cider production.

Local Beer with a Cause

Jubilee Craft Beer Company is a wonderful company that donates 50% of its proceeds to the Oasis Center to help the at-risk youth of Nashville. You can find their well-known Randy’s IPA, brewed by Mayday Brewery in Murfreesboro, on tap at several local restaurants. While Jubilee isn’t technically a brewery, these are brews you can feel good about drinking.

Breweries Just Outside of Nashville 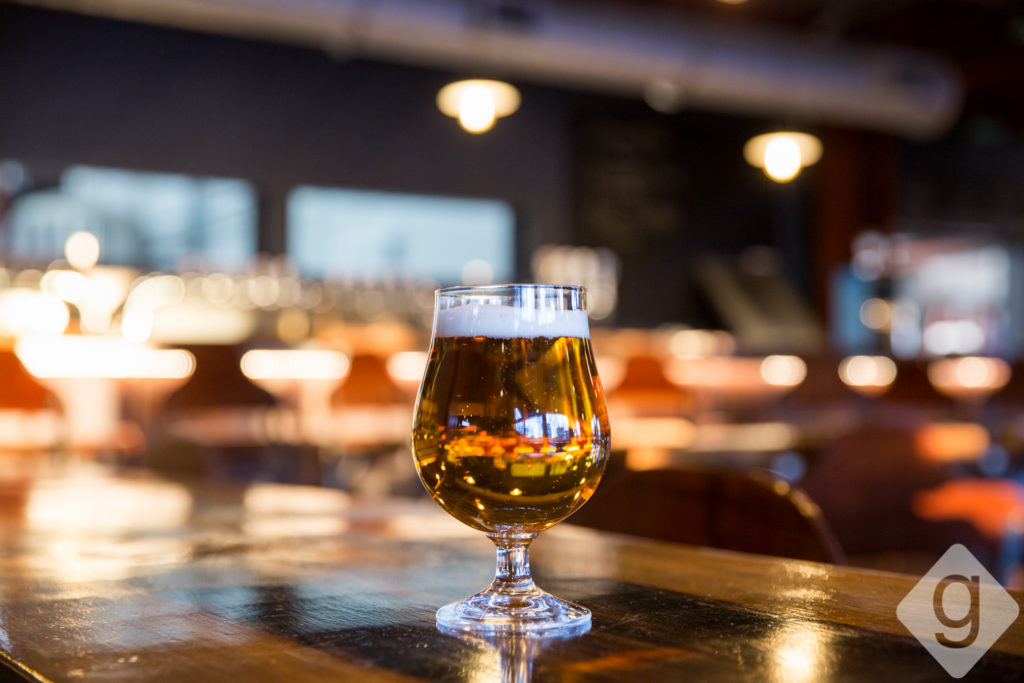 I love Mayday Brewery. Worth the trip out to Murfreesboro.

Also add Half Batch Brewery to list for local near by. New in Hendersonville, TN

There is also Bad Idea Brewing, as well as Asgard Brewing, in Columbia, TN