A Look Inside: The Farm House

February 13, 2014 | Advertising Disclosure | Our Partners may be mentioned in this article. 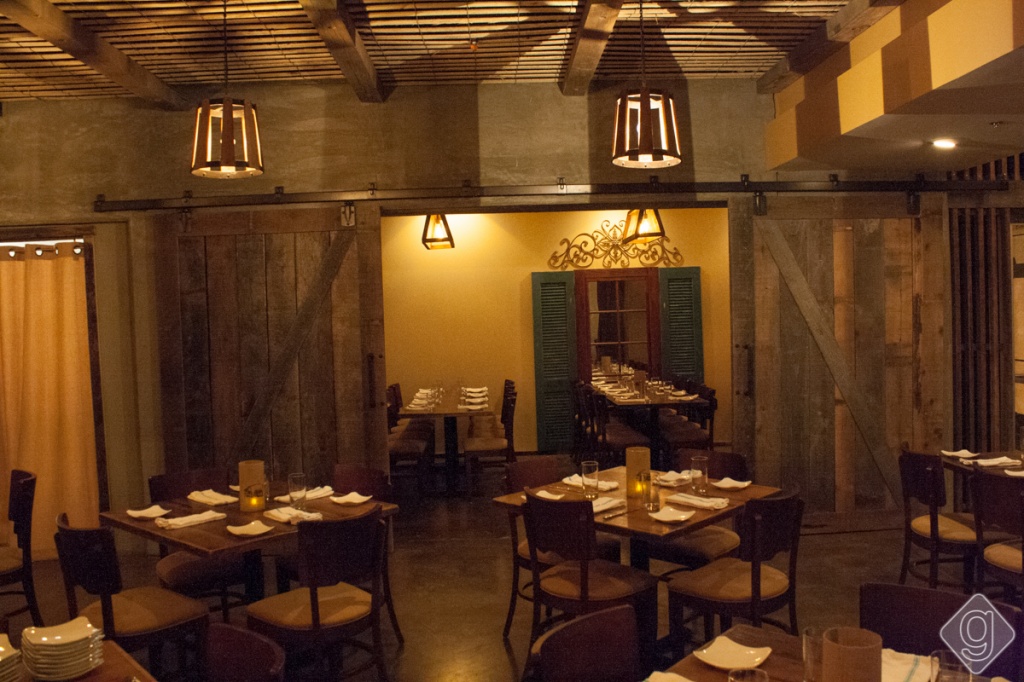 In most downtown districts you’ll find an overabundance of chain restaurants, but more and more Nashville restauranteurs are bringing one-of-a-kind tastes and experiences to Music City’s downtown area. The Farm House is a result of one of these restauranteur’s passions, and is possibly the most locally-focused restaurant in Nashville.

The Farm House, located in the SoBro neighborhood at 210 Almond Street, is a Southern-inspired, farm-to-fork restaurant. From the architecture to the plate, you’ll feel like you’re dining at your best friend’s country home. Whether you want a low-key, afterwork brew or a slightly upscale, full-course dinner, The Farm House offers something for everyone.

When you walk in The Farm House, you’ll notice the welcoming bar and vaulted, barn-like ceiling overhead. Low lighting, barn doors, and hand-crafted woodwork accent the rustic atmosphere. The black and white photos in the hallway remind you of the families and farmers that make the food possible.

Take a quick glance at the beers on tap, and you’ll see they aren’t pouring Bud or Miller.  Instead, you’ll see Tennessee and regional craft beers. In the wine cooler, there’s a special blend specifically for The Farm House created by a winemaker in Manchester, TN. And after your tasty Tennessee-fresh supper, get the dessert with Olive & Sinclair’s chocolatey touch.

After speaking with Founder and Executive chef Trey Cioccia, the hard work and passion put in the The Farm House were clear. “My hands have literally touched everything in this place,” Cioccia said. “This isn’t about me, though. This couldn’t have been done without Chef Bobby, staff, farmers, and craftsman that helped bring this together.”

General Manager Clay Franklin expressed their desire to keep things local. “Most restaurants probably get about five deliveries a day,” said Franklin, “but we may get up to 20 a day, since most of our food and beverages will come from a variety of local farms and suppliers.”

If you are looking for a restaurant that captures the feel, flavors, and friendliness of Nashville, we highly recommend checking out The Farm House.

The Farm House will officially open to the public on October 7, 2013.

Learn More About The Farm House