February 2, 2014 | Advertising Disclosure | Our Sponsors may be mentioned in this article.

If you’ve been in Nashville for more than 24 hours, you’ve probably already experienced one of Bob Bernstein’s creations. As the founder of Bongo World (more commonly known as Bongo Java), Bob has reached millions of local Nashvillians and visitors alike through his coffee beans, coffeehouses, and restaurants. Bob Bernstein’s Bongo World consists of Fido, Bongo Java (Belmont), Bongo Java (East), Hot & Cold, Grins Vegetarian Cuisine, and, of course, the Bongo Java Roasting Company, which is the only certified organic and Fair Trade coffee company in Nashville.

Bob Berstein was on the cutting edge of the coffeehouse phenomenon that swept the nation, and he was the first to make it mainstream in Nashville. We were lucky enough to get in touch with Bob to tell us how he got started, and hopefully encourage others to bring something fresh and local to our great city of Nashville.

What did you do before becoming an entrepreneur?

I moved to Nashville in 1988 to be a journalist. I had just finished getting my Master’s from Northwestern’s Medill School of Journalism. I got a job as a small business reporter for Nashville Business Journal. After a year, I was covering state government for NBJ and it’s sister publication Memphis Business Journal. Another year later I changed jobs to write for Tennessee Journal, a political newsletter.

How long has Bongo World/Bongo Java been in Nashville?

How did you know at the beginning that Bongo Java was strong enough to pursue? How long did it take for you to feel confident you had a sustainable business?

I had confidence that Nashville was ready for a coffeehouse. However, I did have a fall back plan: If Bongo failed, I figured I’d have learned a bunch about business and myself. I would then move out of town because I’d be embarrassed to have failed and then likely re-start the journalism career.

Did you have more naysayers or supporters of your business idea in the beginning? When or if you doubted yourself, where did you turn for inspiration?

Friends were supportive but I knew they questioned my sanity. Bankers laughed me out of their offices: “Coffee and donuts? Isn’t that what Krispy Kreme does?” Friends today tell me how they talked about me behind my back. I never really doubted myself after I finally made the decision to go for it.

About a year after opening I had a pretty attractive offer to sell. Since I had never had a job for more than two years in my life, the offer was darn hard to say “no” to. I ultimately decided to keep it because I wanted to see if I could do something long-term. It took another couple years for me to grow the business to where it was probably worth what I was being offered.

What was the hardest part about starting your own business? What would you tell someone who wants to quit their corporate job to start their own business?

The hardest part for me was to actually tell people what I wanted to do. I thought I had to keep everything a secret, partially because I thought people would steal my idea, and to be honest, partly because I was afraid if I said it out loud I’d have to actually do it! In some ways, my decision to quit my job without a definite plan and without any cash was a bit reckless. However, I had gotten to a point where I was so miserable doing what I was doing that I needed to do something drastic.

I’d tell people thinking about doing what I did, to only do it if they can’t do what they’re doing any longer. In many ways. it’s much easier to get a paycheck, a 401(k), vacation and health benefits. I also had the benefit of being single without any dependents. Twenty years later, people look at what I’ve got and say I was either very lucky or very smart. Me? I think I was smart enough to know I was lucky enough to have this opportunity, and I took advantage of it.

How do you keep your focus on Bongo World, not swaying to other new ideas or ventures that often jump in the way of entrepreneurs?

Another guy and I joke about a group we’re going to start someday called EGADD – that’s Entrepreneur Guys with Attention Deficit Disorder. There have been many things and ideas that have caused me to waste time and lose some focus. However, I learn something from all of them. I find I’m much more creative and ultimately productive when I’m involved with other things. Some of those things may look like complete wastes of time. But I always gain something from the experience.

What is your most popular product or location right now?

We’re known for coffee but our Fido location is our highest grossing operation, and under chef/manager John Stephenson, it has become more of a restaurant than a coffeehouse.

How do your business practices support other local people or businesses?

We buy as much local stuffs as possible. Fido likely buys as much local produce, meats, cheeses and such as any restaurant in town. We bought milk from a local dairy, until recently, when they went out of business. We were one of the first outlets for such start-ups as Olive & Sinclair chocolate and Bang Candy.

Why is Nashville a great city to do business? If you could change something about Nashville to make it a better place for entrepreneurs, what would it be?

Nashville is an easy place to be — and that includes living here and starting a business here. The town has grown tremendously since Bongo started in 1993. And there is so much more diversity and richness than there was back then. With people moving here from all over the place, there is such demand for stuff the bigger cities have. However, the places that are best are those that take what’s elsewhere and give it a Nashville twist. This place attracts talent of all sorts. And it demands it all have a Nashville flavor. This town has changed from being a “chain restaurant city” to one that supports local flavor.

What’s one piece of advice you would give to maintain a work/life balance?

I read an article about how the families of entrepreneurs often take a backseat to the business. If anything, my situation is the opposite. I got married at 43, had a kid at 44 and another at 46. When my second kid was born, my business was more than 15 years old. My desire to be with my family is making me change from being a hands-on owner to being a better delegator.

No doubt my business suffered a bit ’cause I decided my family was more important. I’m learning how to change my role to fit my lifestyle. That is, I’m putting people in place, figuring out how to compensate them, and learning how to manage the business rather than having the business manage me.

I moved back to the 12 south neighborhood after nine years in East Nashville. There are parts I love about both parts of town. 12th South/Belmont/Hillsboro Village is where I spend most of my time. Besides my stores, I hang out at Sevier Park with my kids, Las Paletas (my wife’s store), Belcourt Theatre, Woodlands Indian Food and Smiling Elephant.

What can we expect from Bongo World in the next year?

What’s one book, blog or magazine you are reading right now?

Get the newest restaurants, events, and fun things to do in your inbox each week! 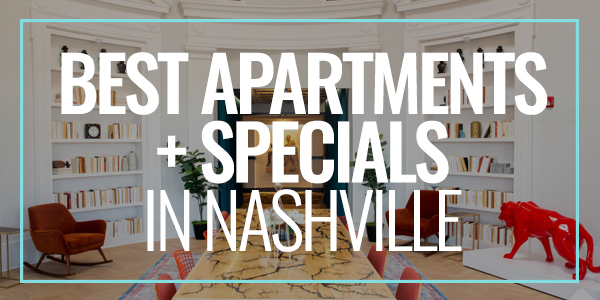